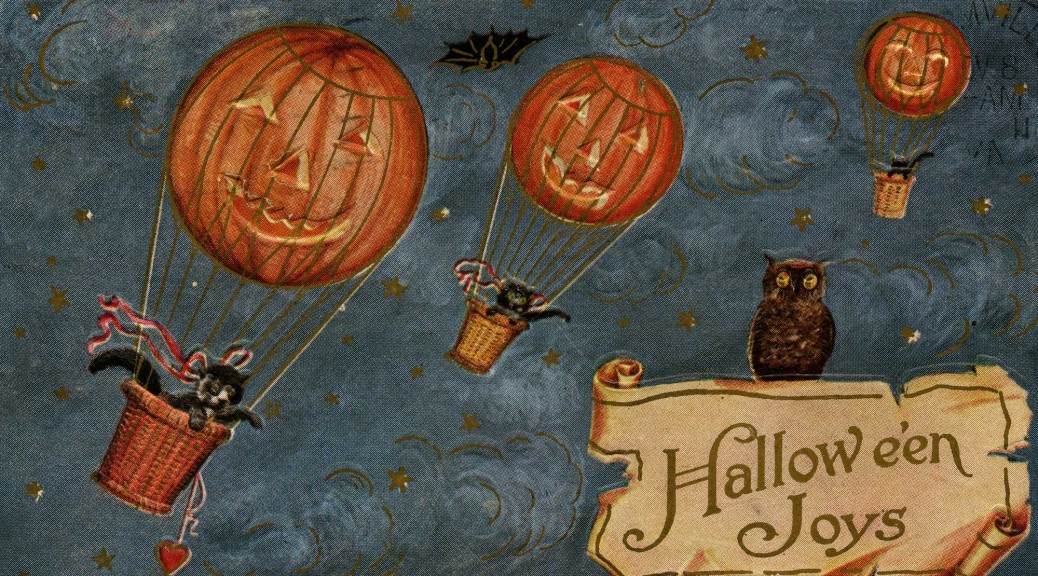 Y’all, we hear you. The semester is getting more and more intense and sometimes Duke is just so . . . gothic, you know? Sometimes you just need to eat some free candy and look at cute things. And what better time to do that than in celebration of that traditionally cute holiday, Halloween?

Your cuddly Rubenstein librarians would like to invite you to visit us for Screamfest III, an open house featuring ADORABLE things from our collections. 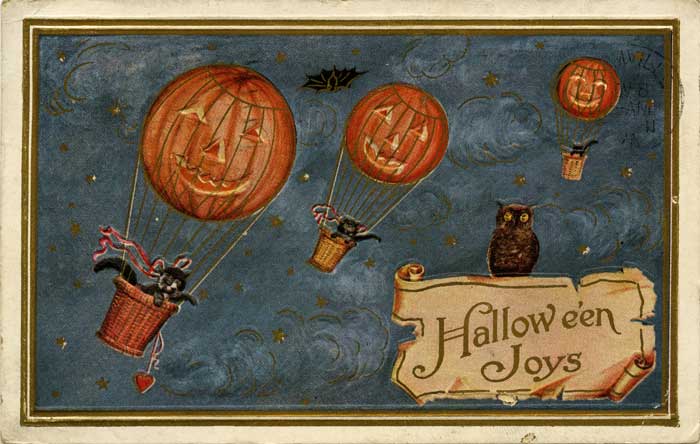 Like this postcard of these sweet black kitty-cats, bringing you Halloween joys in their happy hot air pumpkins. 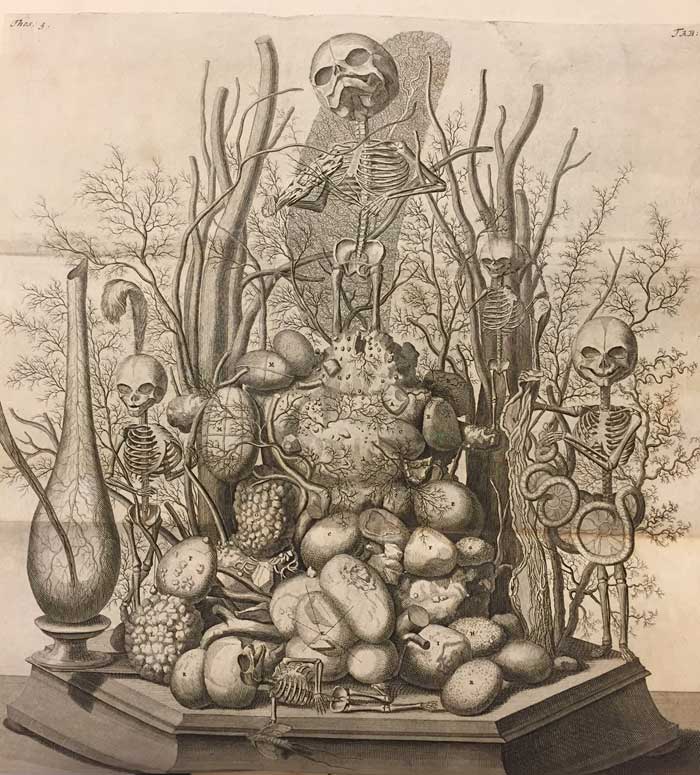 Or this illustration of these precious babies from our History of Medicine Collection’s Opera Omnia Anatomico-Medico-Chirurgica by Frederik Ruysch. Yes, fine, they’re skeleton babies, and they’re standing on a pile of human organs, but they’re totally listening to a song by The Wiggles. 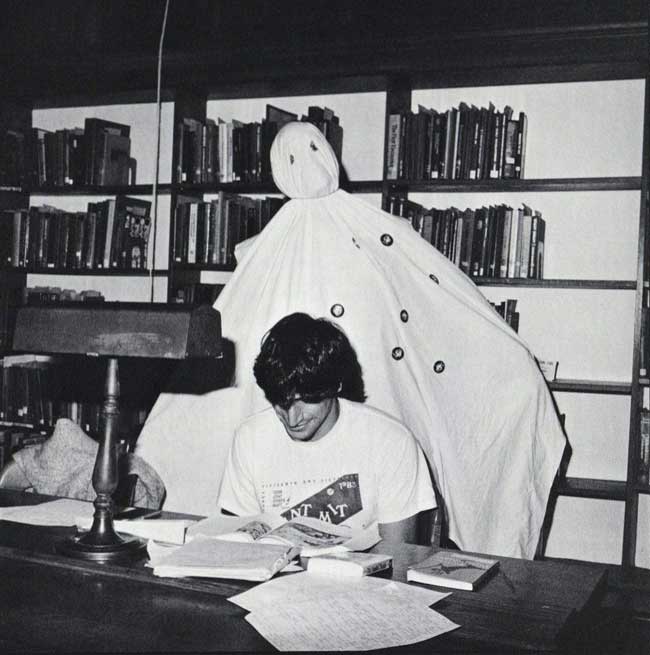 You can also page through the 1984 Chanticleer to view the photos of this friendly library ghost, who just wants to bring you fuzzy slippers so you can study comfortably. 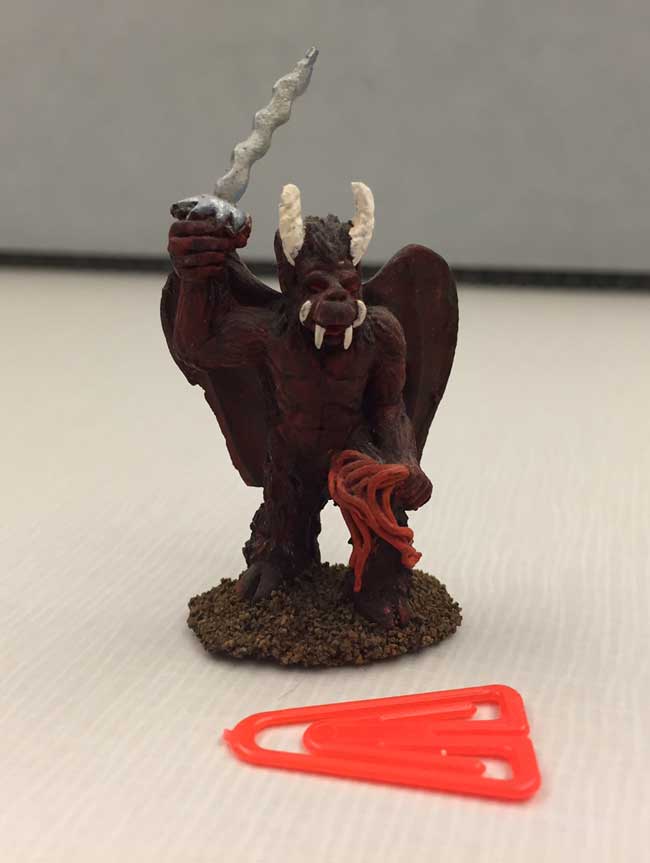 And sure, scourge and sword-wielding demons are very scary when they’re life-sized. But swing by our open house and you’ll be able to bravely make kissy-faces at this little dude (paperclip for scale) from the Edwin and Terry Murray Collection of Role-Playing Games.

In fact, we promise that there will be so much cuteness (and candy) that, well, you might die. See you there! 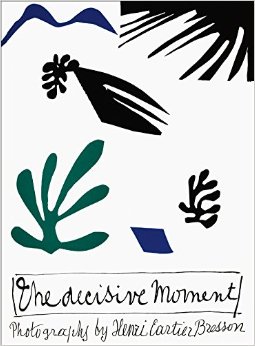 Join us for the third meeting of The Archive of Documentary Arts Photobook Club where we will be discussing Henri Cartier-Bresson’s, The Decisive Moment.

Book Discussion Group, Free and Open to the Public, byo beverage and/or snack

The book is on reserve for public use prior to the meeting in the David M. Rubenstein Rare Book & Manuscript Library.

Examine these editions for yourself in person, and/or read more about the book and Cartier-Bresson online at the links below: 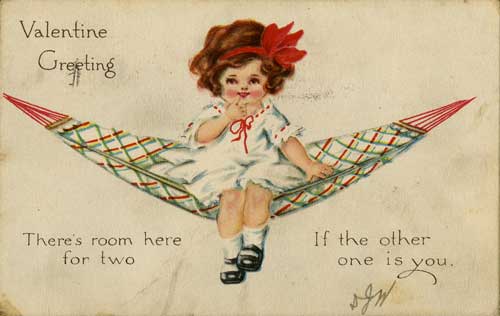 Dearest readers and friends, we long to see you on Valentine’s Day. Won’t you please set our hearts a-flutter and come to our Valentine’s Day open house?

Do you fear that you will be too busy penning epistles of undying love to your own beloveds to join us? Ah, but this event is crafted especially for you: we’ll be sharing the most swoon-worthy of love declarations from the Rubenstein Library’s collections, so you may find just the term of endearment you need to woo your mate.

Perhaps a few examples to help the time pass more swiftly until we meet?

We’re charmed by the simplicity of this short note from the scrapbook of Odessa Massey, Class of 1928:

Or the more expressive route taken by Francis Warrington Dawson—writing to Sarah Morgan, his future wife–is always sure to succeed:

“How deeply should I thank God that he has allowed me to know you, which is to love you, for the sun now has a brighter light & the sky a deeper blue. The whole world seems truer & better, & this pilgrim, instead of lingering in the depths, is breasting the healthy difficulties of existence, with his eyes fast fixed on you. Whatever else may fail, believe always in this devoted & unselfish love of Francis Warrington Dawson!”

Or whose heart wouldn’t melt upon receiving this most adorable valentine, from our Postcard Collection:

Have we convinced you yet? What if we mention that there will be chocolate and candy? 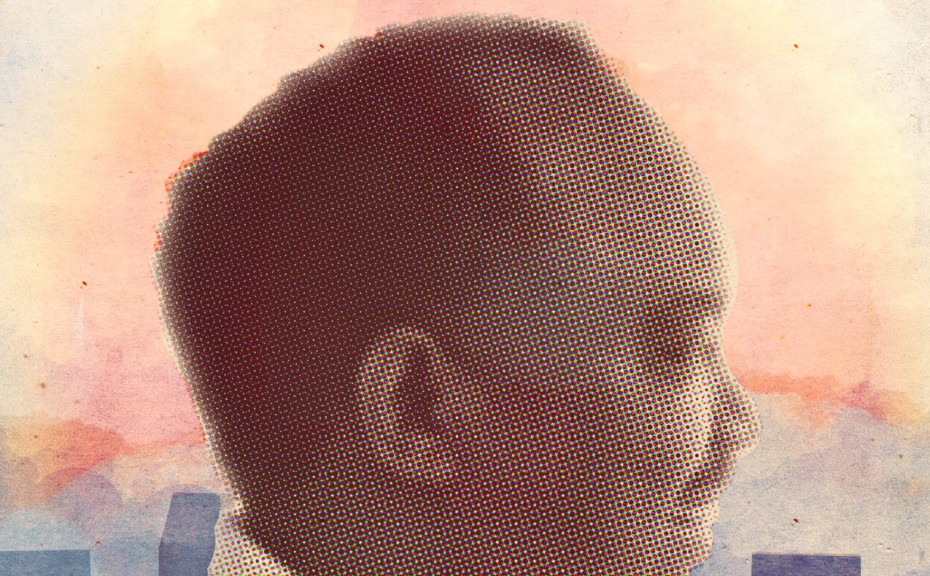 The One Who Builds is a film about the life and work of Dr. Omer Omer, once a Sudanese refugee, now an American citizen who is paying it forward as the director of a refugee resettlement organization.  Through the North Carolina African Services Coalition in Greensboro, Omer has transcended boundaries dictated by society, race and religion to build a new village, one friendship at a time. 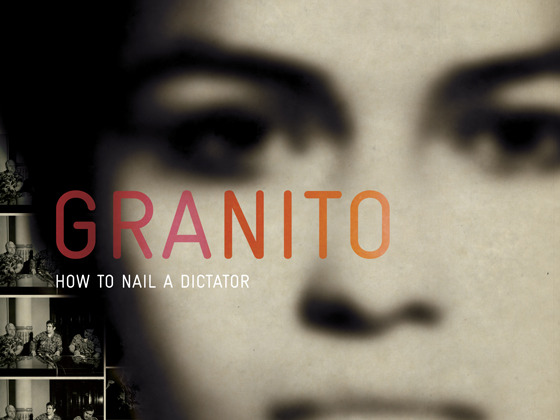 In a stunning milestone for justice in Central America, a Guatemalan court recently charged former dictator Efraín Rios Montt with genocide for his brutal war against the country’s Mayan people in the 1980s — and Pamela Yates’ 1983 documentary, When the Mountains Tremble, provided key evidence for bringing the indictment. Granito: How to Nail a Dictator tells the extraordinary story of how a film, aiding a new generation of human rights activists, became a granito — a tiny grain of sand — that helped tip the scales of justice. The screening will begin at 7 p.m. A panel discussion with Director Pamela Yates and Producer Paco de Onis follows the screening. Date: 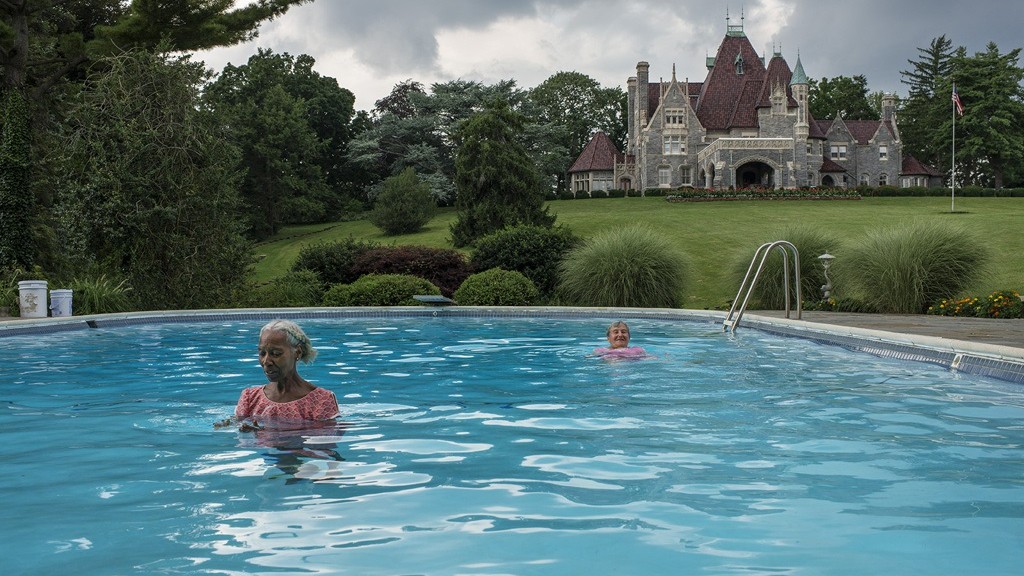 A body of color photography by Kristin Bedford recently acquired as part of the Rubenstein Library Archive of Documentary Arts offers striking images of religious practices in two very different communities of faith, and at the same time challenges cultural stereotypes of African-American worship. The two projects that came out of her experience are titled “Be Still: A Storefront Church in Durham,” and “The Perfect Picture.”

While an MFA student at Duke University, Bedford visited and photographed adults and children in the urban congregation of the Apostolic Deliverance Rebirth Outreach Ministries in Durham, North Carolina for a period of ten months. During worship, she sat in the pews among the congregants, capturing in these rich color portraits what she calls “stillness, contemplation, and the moments between the moments.”

Bedford’s approach to joining these worshippers while photographing them also informed her stay with a utopian community founded by Father Divine in the 1930’s, whose members call themselves the “International Peace Mission Movement.”  Bedford lived and worked with the community for five weeks in the summer of 2013 at their estate near Philadelphia, Pennsylvania. She documented their faith as it is lived out in everyday acts of racial harmony and guided by the divine nature of work: a form of the medieval commandment of “ora et labora.”  Bedford came away with extraordinary views of a community that remains devout and committed to the movement despite a declining membership.  She titled this project “The Perfect Picture,” an acknowledgment of Father Divine’s credo that the act of taking a photograph is akin to the faith-driven act of striving for unity and perfection in life.

The photographs and supporting materials in “Be Still: A Storefront Church in Durham,” and “The Perfect Picture,” are available for research use in the David M. Rubenstein Rare Book & Manuscript Library.  An online guide has been prepared for the collection.  Please contact a reference archivist before coming to use this collection. 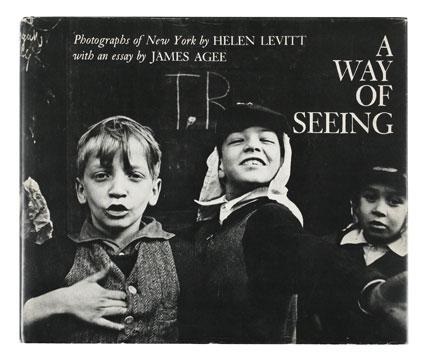 Join us for the second meeting of The Archive of Documentary Arts Photobook Club where we will be discussing Helen Levitt’s first photobook, A Way of Seeing.

Book Discussion Group, Free and Open to the Public, byo beverage and/or snack.

Three editions are on reserve for public use prior to the meeting in the David M. Rubenstein Rare Book & Manuscript Library.

Examine these editions for yourself in person, and/or read more about the book and Ms. Levitt online at the links below: 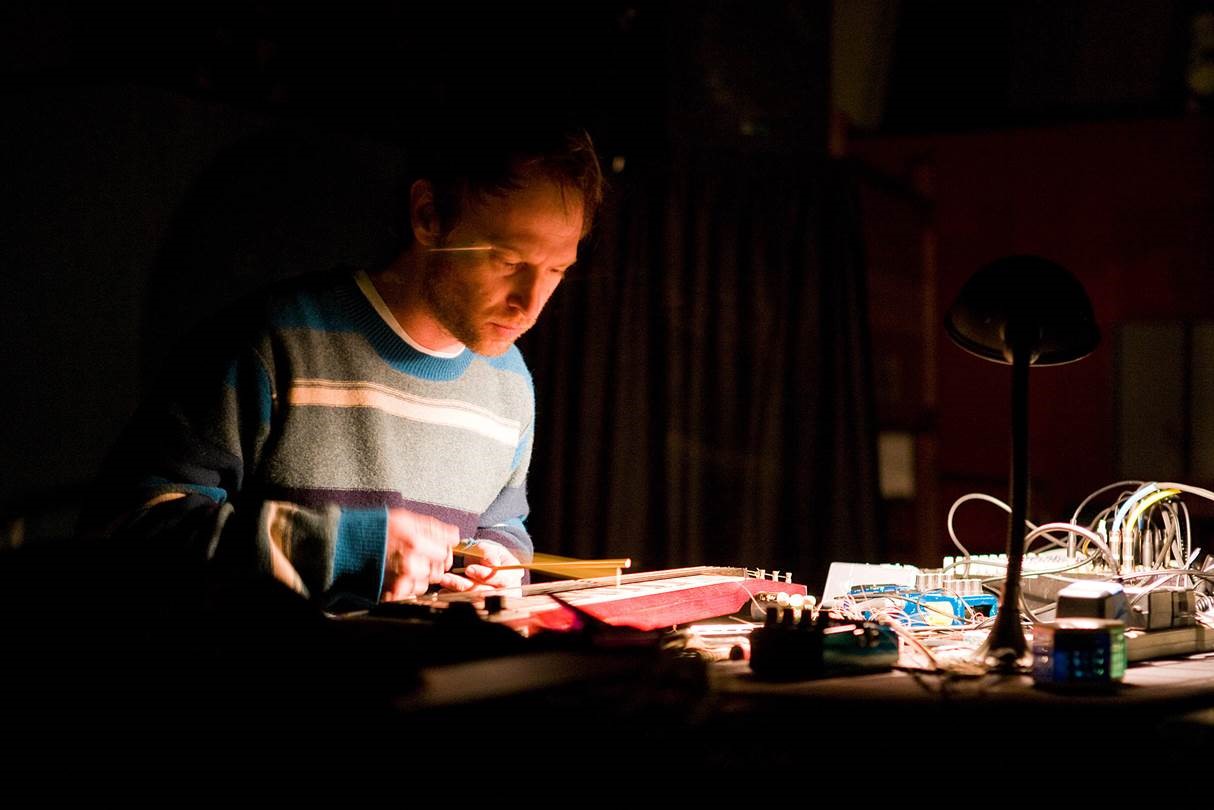 Steve Roden—a renowned sound artist, painter, writer, and collector of photographs and 78s—is in residence at Duke this month. He’s giving a talk and visiting classes, but this is the only performance he’s giving of his lowercase style of music in which quiet, usually unheard, sounds are amplified to form complex and rich soundscapes.

Roden’s solo exhibitions include the Chinati Foundation, Marfa; the Henry Art Museum, Seattle; and the San Francisco Art Institute. Roden has been part of group exhibitions at the Fellows of Contemporary Art, Los Angeles; the Mercosur Biennial in Porto Allegre, Brazil; the Museum of Contemporary Art San Diego; the Serpentine Gallery, London; the Sculpture Center, New York; the Centre Georges Pompidou Museum, Paris; and Miami MOCA, Miami. Check out his website here and more examples of his work here, and be sure to come tomorrow to hear him perform! 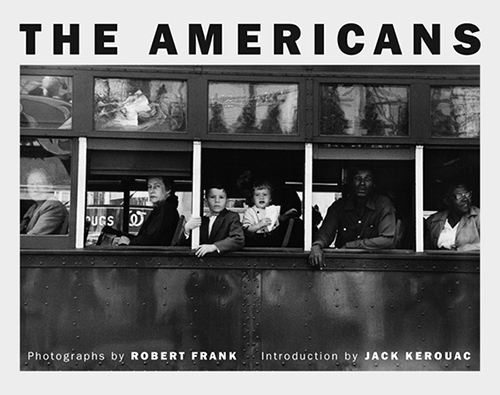 Join us for the inaugural meeting of The Archive of Documentary Arts Photobook Club where we will be discussing Robert Frank’s groundbreaking photobook, The Americans.

Book Discussion Group, Free and Open to the Public, byo beverage and/or snack

Three editions are on reserve for public use prior to the meeting in the David M. Rubenstein Rare Book & Manuscript Library (click here for directions):

Examine these editions for yourself in person, and/or read more about them online at the links below: 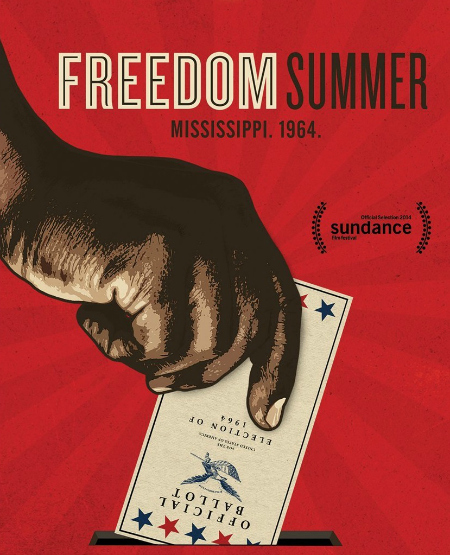