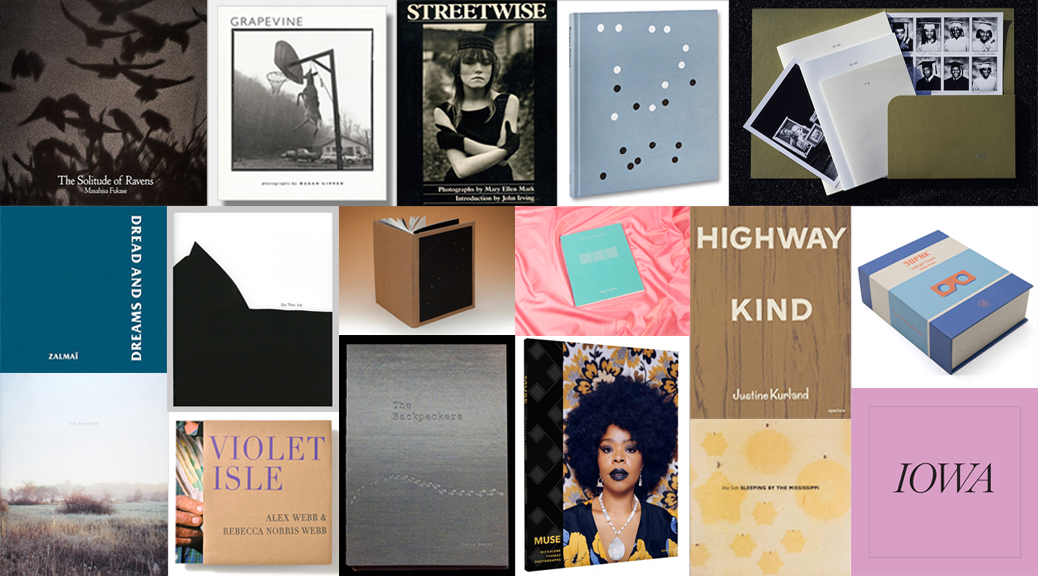 Over the past three years the Archive of Documentary Arts (ADA) has focused on building its collection of photobooks. The ADA is most interested in photobooks in which images are the primary content, or are considered co-equal with a text. Much like artists’ books, photobooks are conceived as artworks in their own right and can be considered art objects. Photobooks are often the primary medium for a series of photographs and as such, attention to the interaction between form and content, as well as the relationship between text and image, are central concerns to the artist. Photobooks first emerged soon after the advent of photography in the 1840’s. Anna Atkins’ handmade book Photographs of British Algae: Cyanotype Impressions from 1843 is credited as the first book illustrated with photographs and William Henry Fox Talbot’s Pencil of Nature followed soon after in 1844. Since the nineteenth century, photobooks have proliferated as a medium which allows for artistic exploration and as means to circulate photographs to a wider audience. Today artists continue to make photobooks both in small editions by hand or using print-on-demand services, and at a large scale, most often through partnerships with academic and independent publishers. The ADA also collects the complete output of several publishers who specialize in photobooks, including Aperture, Daylight Books, Horse and Buggy Press, and Radius Books.

All ADA photobooks are available to researchers in the Rubenstein Library.

Browse our photobook holdings in the online catalog >

In the Lab: The Charleston Courier, 1815-1851
Happy 200th Birthday, Walt!
Have You Driven a Ford Advertisement Lately?