Ever wonder what the difference between a shapefile and a geodatabase is in GIS and why each storage format is used for different purposes?  It is important to decide which format to use before beginning your project so you do not have to convert many files midway through your project.

Shapefiles are simple storage formats that have been used in ArcMap since the 1990s when Esri created ArcView (the early version of ArcMap 10.3).  Therefore, shapefiles have many limitations such as:

All files for the shapefile must be stored in the same location with the same name or else the shapefile will not load.  When a shapefile is opened in Windows Explorer it will look different than when opened in ArcCatalog.

Geodatabases allow users to thematically organize their data and store spatial databases, tables, and raster datasets.  There are two types of single user geodatabases: File Geodatabase and Personal Geodatabase.  File geodatabases have many benefits including:

To organize your data into themes you can create Feature Datasets within a geodatabase.  Feature datasets store Feature Classes (which are the equivalent to shapefiles) with the same coordinate system.  Like shapefiles, users can create points, lines, and polygons with feature classes; feature classes also have the ability to create annotation, and dimension features.

In order to create advanced datasets (such as add a network dataset, a geometric network, a terrain dataset, a parcel fabric, or run topology on an existing layer) in ArcGIS, you will need to create a Feature Dataset.

You will not be able to access any files of a File geodatabase in Windows Explorer.  When you do, the Durham_County geodatabase shown above will look like this: 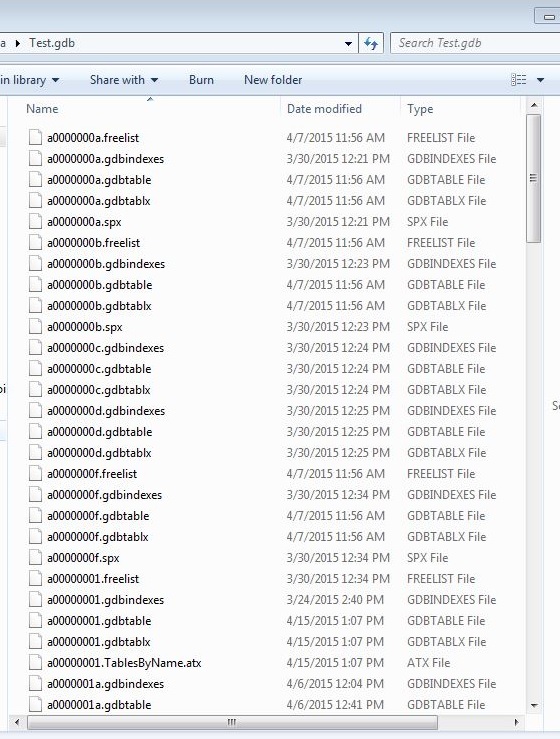 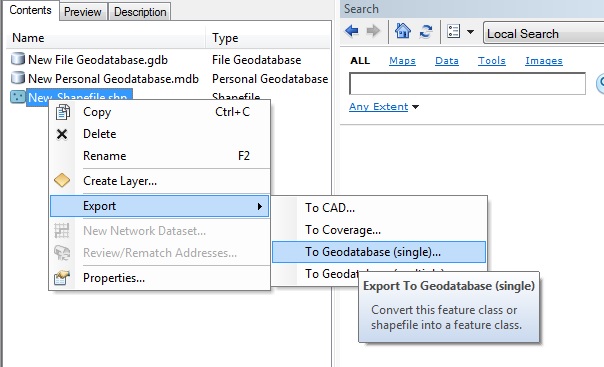 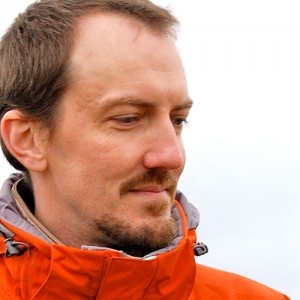 Data and Visualization Services is proud and excited to welcome Eric Monson, Ph.D., our newest staff member. Eric joins the team as our Data Visualization Analyst, working with Angela Zoss to provide support for data visualization across Duke’s campus and community.

Eric worked for several years under the supervision of Rachael Brady, who was the head of the Visualization Technology Group (now the Visualization and Interactive Systems group), the founder of the DiVE, and a hub for the visualization community at Duke. Though transitioning from work in applied physics, Eric quickly became an active member of the broader visualization research community, sharing his experiences developing interactive visualization applications through online forums and professional organizations. His natural design sense contributes to an elegant portfolio of past work, and his work on projects in both the sciences and the humanities gives him an extremely wide range of experience with different datasets, tools, and techniques. 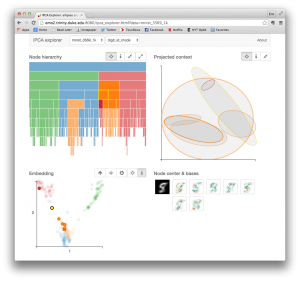 Since DVS began offering visualization services in 2012, Eric has been an active supporter and collaborator. While continuing to work as a Research Scientist, Eric has co-organized the Visualization Friday Forum speaker series, teamed up with Angela on instructional sessions, and been an active supporter of visualization events and initiatives. He is an experienced and patient instructor and will bring many years of consulting experience to bear in this new role.

Over the past three years, demand for visualization support has steadily increased at Duke. With an active workshop series, guest lectures in a variety of courses, individual and small-group consultations, and programming such as the Student Data Visualization Contest, DVS is very happy to be able to boast two staff members with visualization expertise. In the near future, we hope to increase our visualization workshop offerings and continue to identify powerful but easy-to-use tools and techniques that will meet the needs of Duke visualizers. Taking advantage of Eric’s background in sciences and humanities, DVS looks forward to being able to answer a broader range of questions and offer a more diverse set of solutions.

Please join us in welcoming Eric to the team!  As always, feel free to contact askdata@duke.edu with any questions or data-driven research needs.