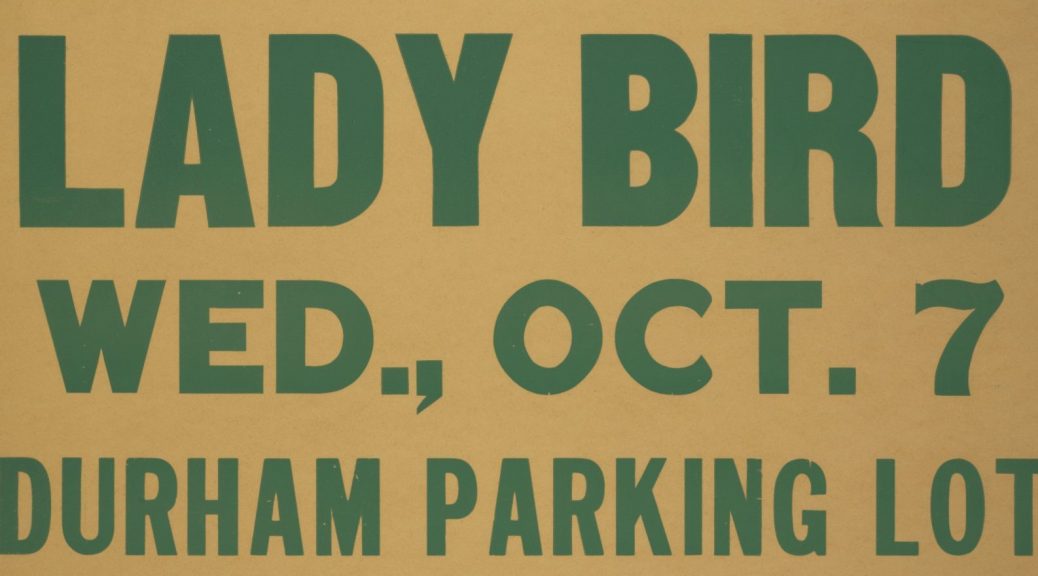 One morning in July 1965, an unfamiliar voice radiated from the transistor radios of Port-au-Prince residents. Rather than hearing pre-recordings of President-for-Life, François Duvalier, residents heard the dissenting voices of exiles based in New York. The program, La Voix de l’Union Haïtienne Internationale, would become known as Radio Vonvon.  While they must have immediately recognized the dangers of tuning in, people unearthed radios hidden in kitchens and in bathrooms, and continued to listen to the clandestine program each Sunday, “to listen to words of hope about one day ending this nightmare,” in the words of New York-based Haitian journalist Ricot Dupuy. This, I argue, was a political act.

My doctoral research explores how journalists deployed various media strategies to mobilize their audiences against dictatorship in Haiti. I centralize broadcasting because, I argue, 1) radio was, and in many places, remains a powerful cultural force; 2) the medium was easily accessible and widely available, and thus had unparalleled democratic appeal and influence; and 3) radio, unlike print media, does not require literacy as a prerequisite for participation. Radio, particularly Kreyòl language broadcasting, was a platform that embodies equity and democratized politics; and vernacular radio archives reflect this inclusion.

From a material culture standpoint, reduced cost and increased post-WWII supply transformed radio technology into a crucial instrument of struggle in Cold War Latin America, and elsewhere in the Global South. As historian Alejandra Bronfman reminds us in Isles of Noise: Sonic Media in the Caribbean, “the sounds of radio are [by their very nature of production and dissemination] ephemeral.” For that reason alone, the comprehensiveness of the Radio Haiti Records are indeed exceptional.

Using a sampling of the approximately 5300 recordings and 191 boxes of paper documents that constitute the Radio Haiti archives —  spanning  field reports, editorials, investigative reports, in-studio interviews, and special programming —  I built an argument that reframes the everyday activities of ordinary people as political activity and agitation.

Investigating radio listening as a form of political engagement allows for a more granular examination of the transformation of civil society that I argue occurred between 1971 and 1987, during the presidency of Jean-Claude Duvalier and in the immediate aftermath of his fall from power. This, I contend, challenges the scholarly interpretations that mischaracterize peasants as politically inert throughout much of the Duvalier era, until the killing of three schoolboys in Gonaïves on November 28, 1985 (the Twa Flè Lespwa, or Three Flowers of Hope). In contrast, my research charts broad domestic ferment on the air-waves. Radio media, in addition to independent vernacular print outlets, offered a space where dispersed sectors of the Haitian population could critique and challenge state power. Radio records have helped to offer insights into patterns of open opposition to government excess that predate the 1985 killings. These included reactions to the murder of the young journalist Gasner Raymond, who was killed after investigating workers’ strikes at the state-owned cement factory in 1976;  rice farmers’ revolts against repressive local Macoutes in the Artibonite between 1977 and 1979; peasant farmers’ and workers’ opposition to Reynolds Haitian Mines in Miragoâne; attempted coups in 1981 and 1982, and anti-government bombings between 1980 and 1983.

Radio programming offered a discursive public space in which to practice one’s politics, where few other avenues remained. Having grown used to practicing forbidden forms of citizenship on the airwaves, this radio activism soon moved onto the streets. In the popular movement that uprooted Duvalierism, the Haitian majority– Kreyòl speaking peasant farmers, agricultural day laborers, and urban workers—who had once formed bases of support for the regime now demanded the end of the dictatorship. I plot the emergence of a nearly decade and a half long grassroots political movement against Jean-Claude Duvalier by examining radio media to show  how ordinary people first negotiated the terms of their citizenship within an authoritarian system, and later struggled to uproot that system in its entirety.

The complete audio archive of Radio Haiti will soon be available to the public via Duke’s Digital Repository, which will be an unparalleled resource for historians and other researchers interested in radio, political resistance, and the circulation of information in Haiti and in the Haitian diaspora.