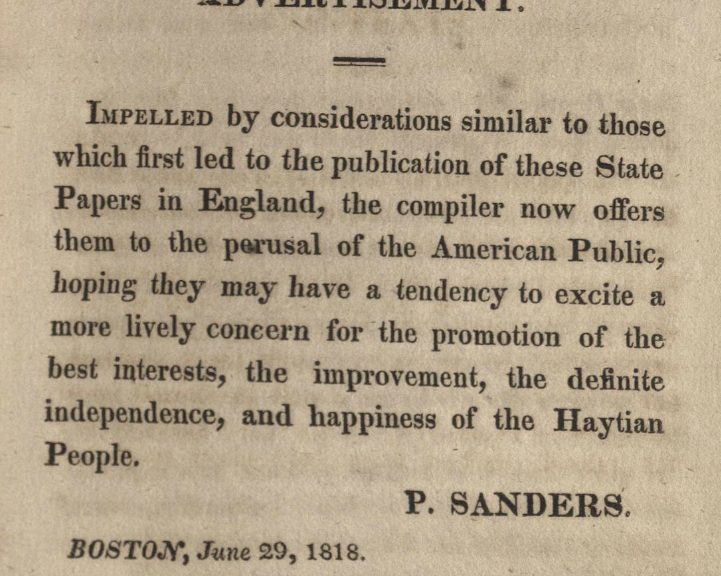 This week and next, we’ll be celebrating the beginning of a new fiscal year by reviewing some notable items and collections that arrived here at the Rubenstein Library in the past year.

In 1816, Prince Saunders published the 1st edition of the Haytian Papers. A Collection of the Very Interesting Proclamations and other Official Documents, Together with Some Account of the Rise, Progress, and Present State of the Kingdom of Hayti, in London.  Saunders, an African American educator and former instructor at Boston’s African School, had been appointed as an advisor to Haitian emperor Henri Christophe in that same year. The first American printing of the Haytian Papers was published in 1818 in Boston as an extension of Saunders’ work to promote emigration to Haiti by black Americans. 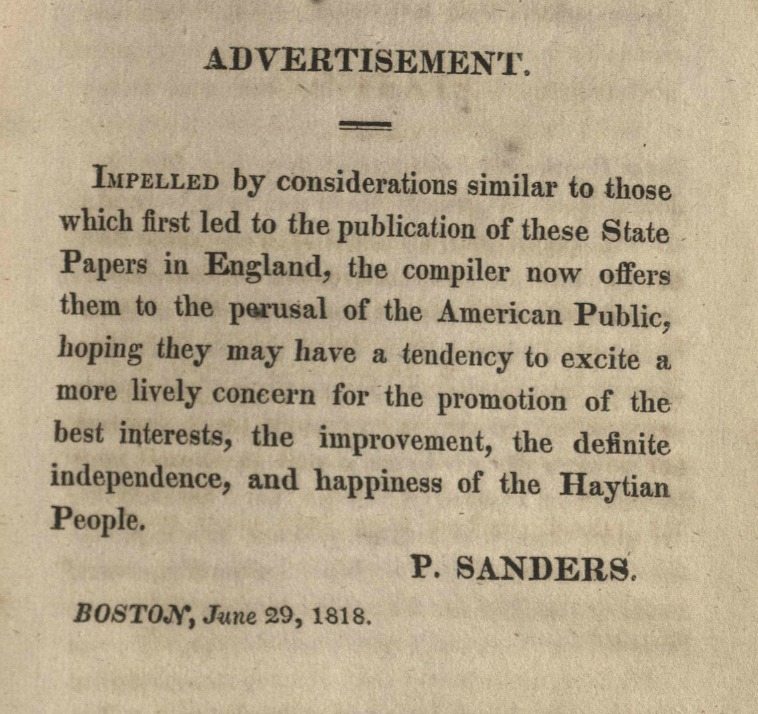 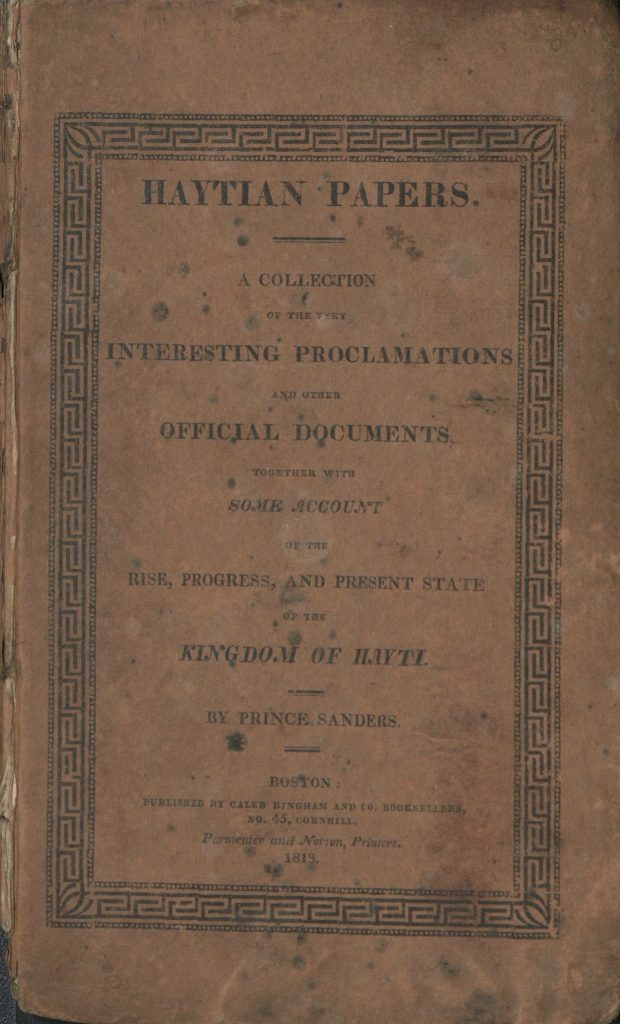 The Haytian Papers volume presents a compilation of fascinating state documents, including correspondence between Christophe and French officials addressing France’s attempts to retake Haiti after the independence revolution that took place nearly ten years prior to the book’s publication. Saunders is especially careful to articulate in his introduction that the Haytian Papers are also proof of the intelligence and capacity of the black leadership and citizens of the country.

This recent acquisition by the John Hope Franklin Research Center for African and African American History and Culture is now available for use.