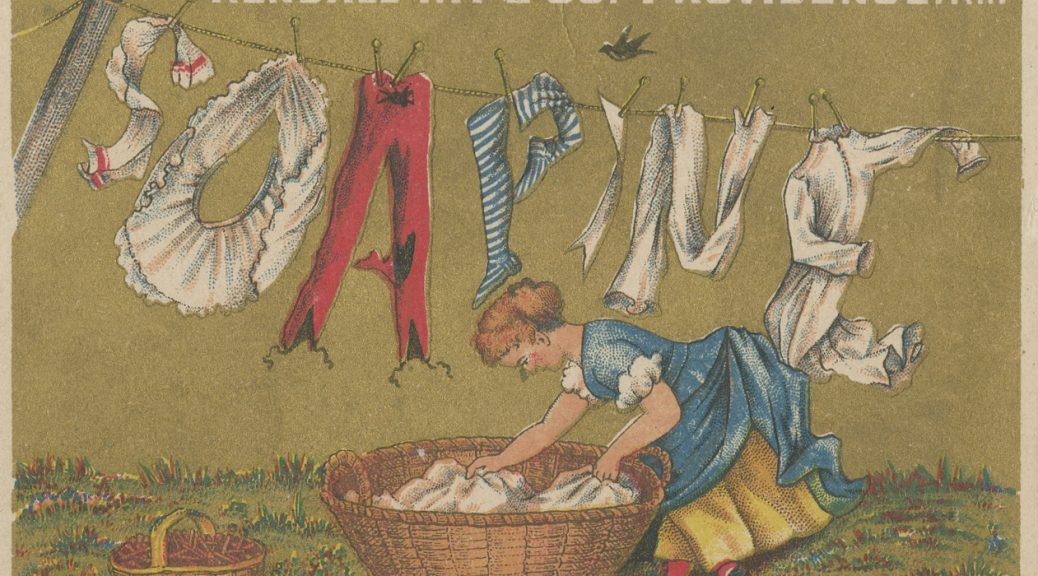 This week and next, we’ll be celebrating the beginning of a new fiscal year by reviewing some notable items and collections that arrived here at the Rubenstein Library in the past year.

The Hartman Center recently acquired a collection of 16 different trade cards for two brands of soap, all designed by Charlotte Perkins Gilman circa 1880-1884, constituting her first published works. Gilman is better known for writing The Yellow Wall Paper and Women and Economics, published in the 1890s, but in 1880, at age twenty, she partnered with her cousin, Robert Brown, and designed trade cards for several soap companies. She had written some stories at the age of ten or eleven, and was a serious diarist, but had never seen her work published. When her mother moved the family in 1873, they began a long period in which they lived on the brink of poverty in various “cooperative housework” households, with little or no support from her estranged father. By the time she was a teenager she had already shown signs of social and economic independence and this venture into business blended that desire with her artistic ambitions. 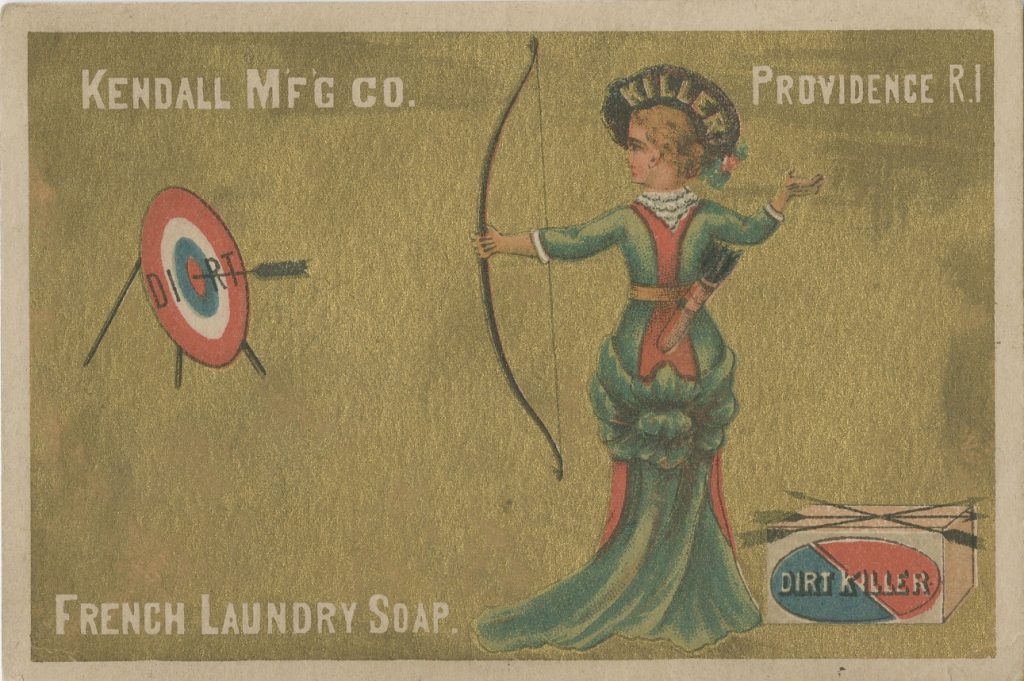 These examples, all in very good to fine condition, show a genuine artistic talent, a sense of humor, an appreciation for fantasy and the absurd, literary symbolism, and many depict women working like slaves at their domestic chores. Advertising was a relatively friendly field for women, who often showed talent for illustration and copywriting, and it was also a field that provided some income to up and coming writers and artists. These cards are excellent examples of exactly that scenario for a woman who was destined for fame in other ways. 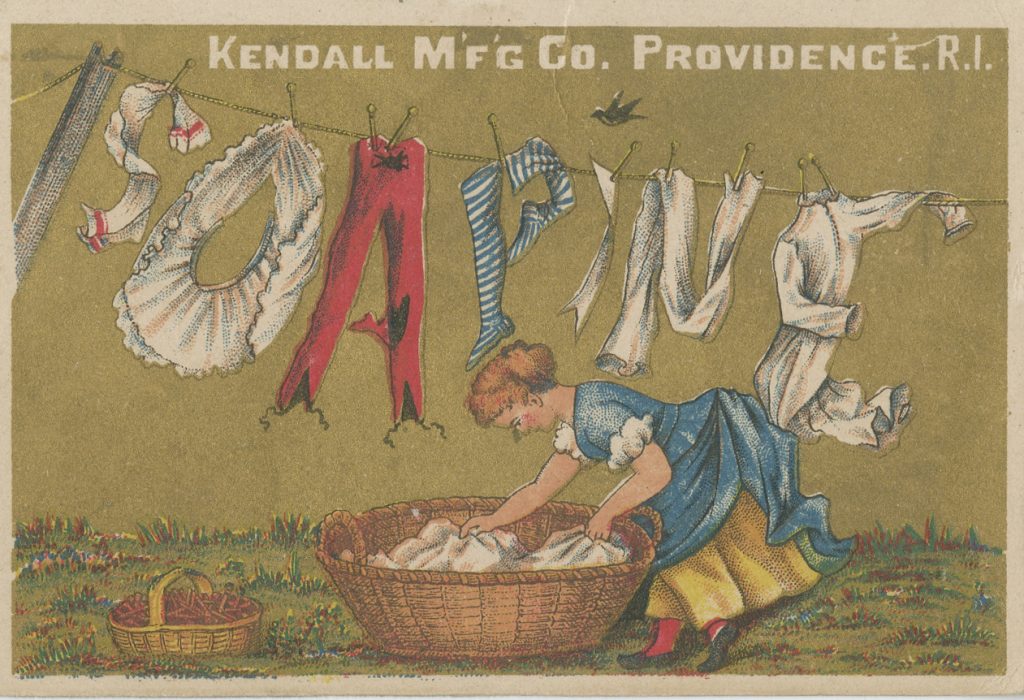