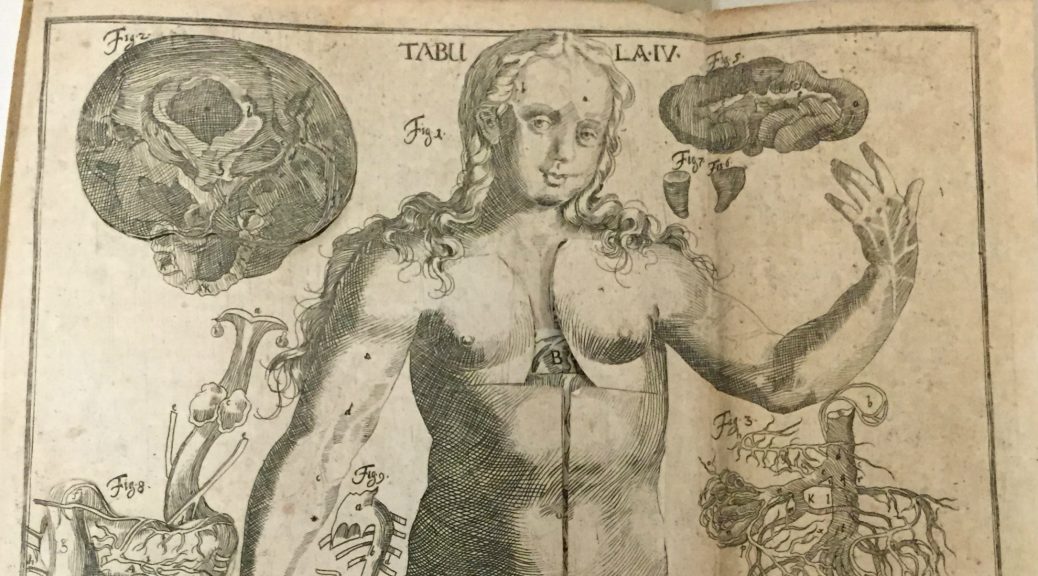 Building upon the success of our 2011 exhibit Animated Anatomies, our anatomical flap book collection in the History of Medicine continues to grow with the acquisition of an eighteenth century work by Christoph von Hellwig.

This work is the second revised edition by the German professor Christoph von Hellwig (1663-1721) of Johann Remmelin’s Catoptrum microcosmicum first printed in 1619 and includes over 90 very small and fragile moving parts of the human body. Hellwig’s four plates illustrate the skin, nerves, vessels, muscles, and bones; the female reproductive system; the male viscera and cranium; and the female viscera and cranium. The images depict intricate details through lifting the flaps.  This particular item has a later addition of modesty flaps over the genitalia in facsimile. A student of philosophy and later medicine, Hellwig authored and edited over forty medical and pharmaceutical works, including household medical guides and reports of unusual cases.

Post Contributed by Rachel Ingold, Curator of the History of Medicine Collections