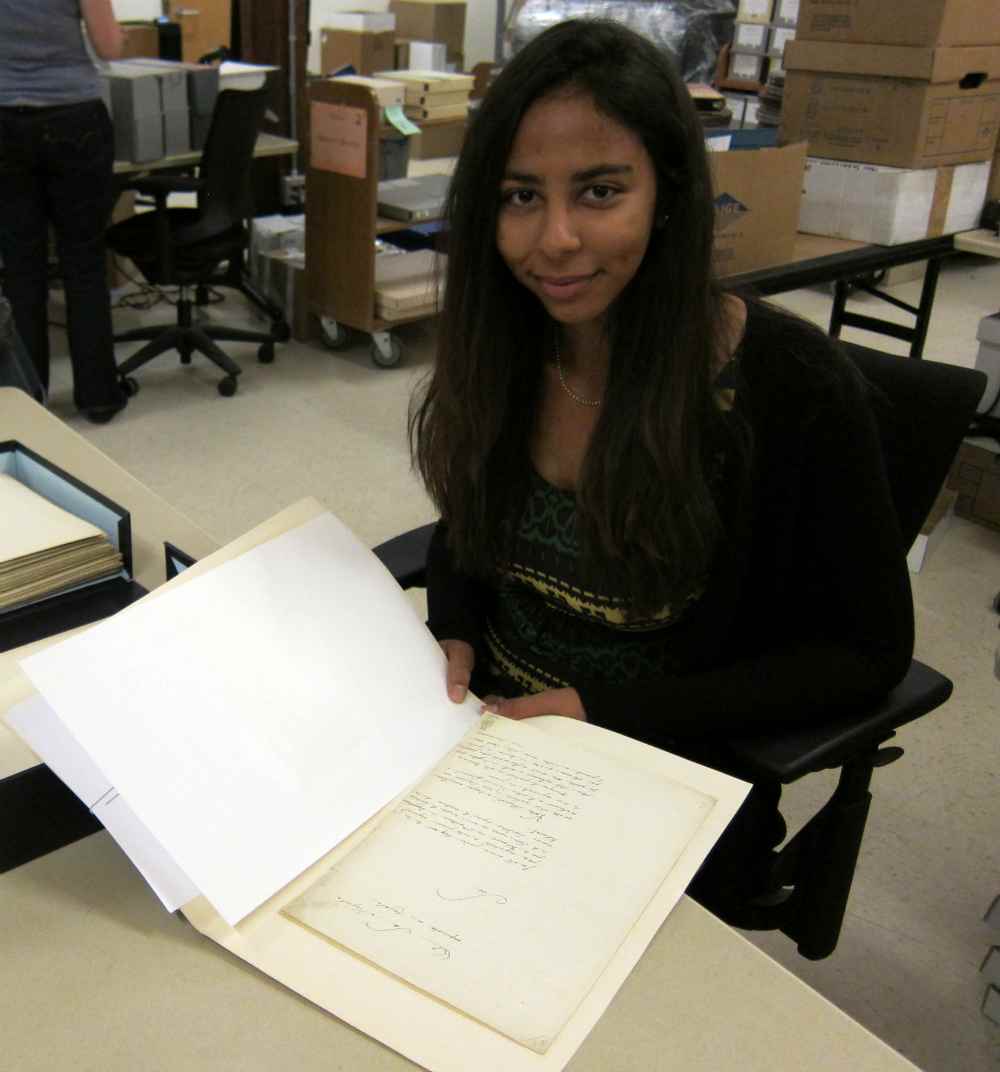 A few months ago, I processed the James Ludovic Lindsay Collection of French Manuscripts, which is by far the largest collection I have processed since I started working in Technical Services in October. As a freshman, I was incredibly excited to work on this collection. The collection is composed of 223 items, mostly letters and administrative papers, all dating to the French Revolutionary era (late 18th and early 19th century). Though the collection may not seem extremely appealing, unless you are an administrative papers-type person, it did have a few gems that are worth noting.

Let me begin with a little background on the collection. The collection was assembled by James Ludovic Lindsay, the 26th Earl of Crawford, and formed part of the larger “Bibliotheca Lindesiana,” a sizeable private library that Lindsay inherited from his father, Alexander, in the mid-1800s.  Like his father, Lindsay had a passion for French Revolutionary writings. While Duke does not hold Lindsay’s entire collection (it was auctioned to many different entities), we have acquired a few items that are quite unique.

For example, scattered amongst mostly legal and administrative papers, I discovered a letter addressed to the Emperor Napoleon from a lawyer, Arnoud Joubert. The document was in perfect state, with no visible damage at all. I was most surprised by Joubert’s writing style (we also possess other letters from him). One would think that writing to an Emperor, especially once the monarchy had fallen, would require extreme politeness. However, Joubert did not make an extra effort towards Napoleon. This document, Box 3, Folder 160, made me wonder if there were other items of interest in the collection.

One such letter, from Cardinal Albani addressed to Alexander I, Emperor of Russia, requests the Emperor’s protection from French authorities. What is most interesting about this letter is that it is well-known that Alexander I and Napoleon had a tense relationship, and that Alexander often referred to Napoleon as “the oppressor of Europe and the disturber of the world’s peace.”  This just shows that despite the fall of the monarchy, which hypothetically should have lessened tensions in France, and pleased most French citizens, certain individuals still searched for asylum in other foreign countries.

Processing this collection definitely improved my knowledge of older French, and I am confident I can now read any sort of handwriting. Some of the pieces were near illegible, and it was sometimes difficult to decipher what was being said. But do not worry: if you ever have to write a paper on this period, or even if you are just curious about old French manuscripts, you should take a look at these documents.