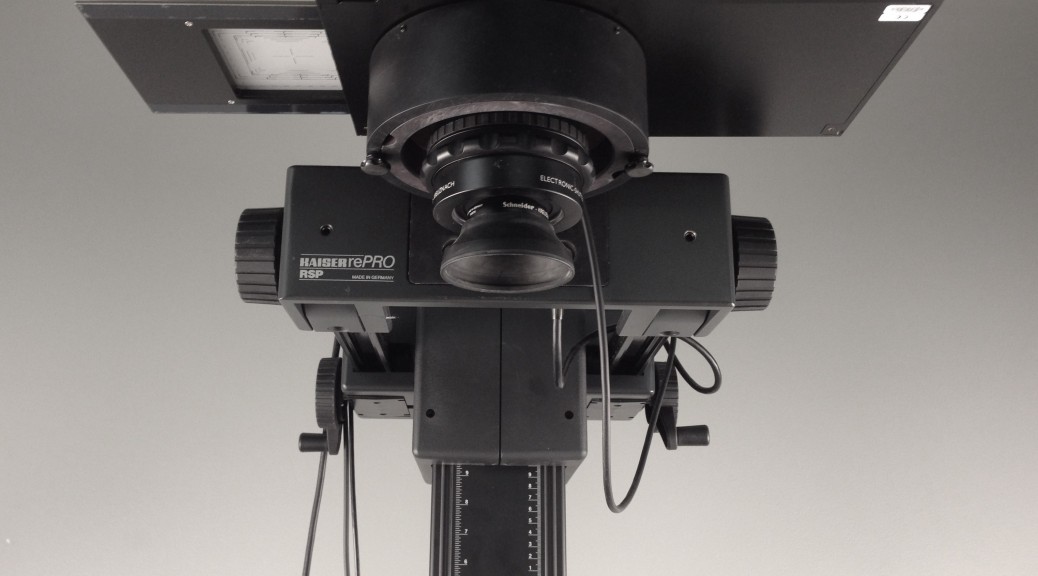 As 2015 winds down, the Digital Production Center is wrapping up a four-year collaboration with the Duke Herbarium to digitize their lichen and bryophyte specimens. The project is funded by the National Science Foundation, and the ultimate goal is to digitize over 2 million specimens from more than 60 collections across the nation. Lichens and bryophytes (mosses and their relatives) are important indicators of climate change. After the images from the participating institutions are uploaded to one central portal, called iDigBio, large-scale distribution mapping will be used to identify regions where environmental changes are taking place, allowing scientists to study the patterns and effects of these changes. 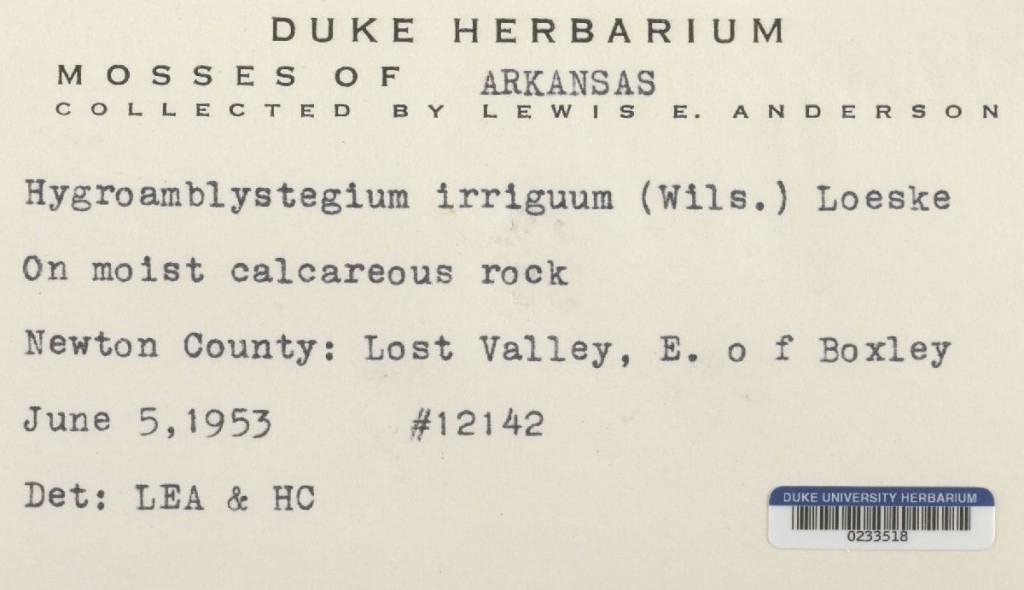 The specimens are first transported from the Duke Herbarium to Perkins Library on a scheduled timeline. Then, we photograph the specimen labels using our Phase One overhead camera. Some of the specimens are very bulky, but our camera’s depth of field is broad enough to keep them in focus. To be clear, what the project is utilizing is not photos of the actual plant specimens themselves, but rather images of the typed and hand-written scientific metadata adorning the envelopes which house the specimens. After we photograph them, the images are uploaded to the national database, where they are available for online research, along with other specimen labels uploaded from universities across the United States. Optical character recognition is used to digest and organize the scientific metadata in the images. 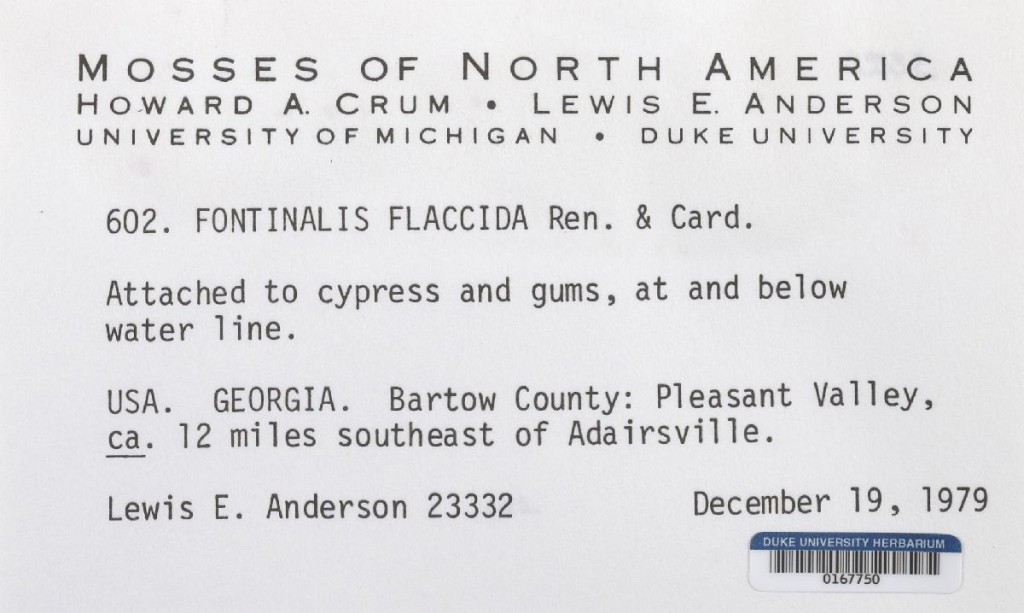 Over the past four years, the Digital Production Center has digitized approximately 100,000 lichen and bryophyte specimens. Many are from the Duke Herbarium, but some other institutions have also asked us to digitize some of their specimens, such as UNC-Chapel Hill, SUNY-Binghamton, Towson University and the University of Richmond. The Duke Herbarium is the second-largest herbarium of all U.S. private universities, next to Harvard. It was started in 1921, and it contains more than 800,000 specimens of vascular plants, bryophytes, algae, lichens, and fungi, some of which were collected as far back as the 1800s. Several specimens have unintentionally humorous names, like the following, which wants to be funky, but isn’t fooling anyone. Ok, maybe only I find that funny.

The project has been extensive, but enjoyable, thanks to the leadership of Duke Herbarium Data Manager Blanka Shaw. Dr. Shaw has personally collected bryophytes on many continents, and has brought a wealth of knowledge, energy and good humor to the collaboration with the Digital Production Center. The Duke Herbarium is open for visitors, and citizen scientists are also needed to volunteer for transcription and georeferencing of the extensive metadata collected in the national database.