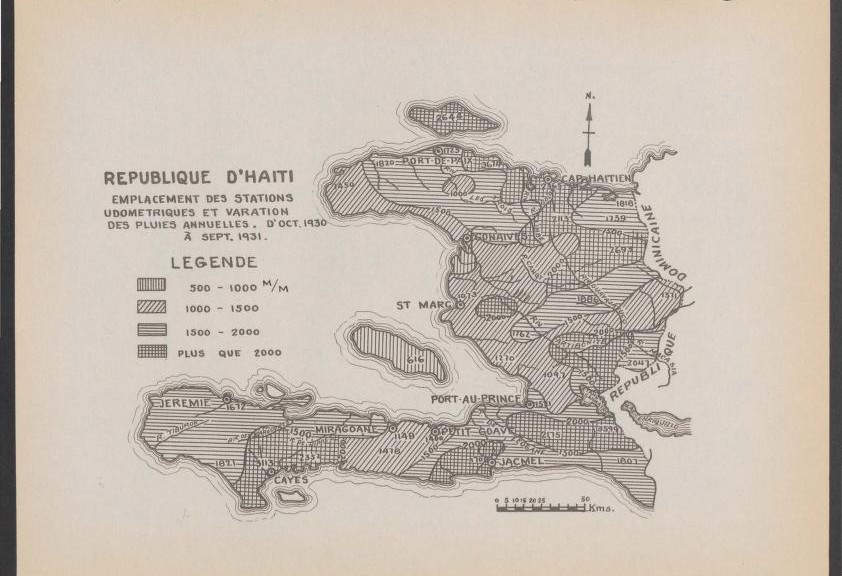 In 2014 the Rubenstein Library acquired the Monograph of Haiti, an aggregation of intelligence information gathered by the U.S. Marine Corps during their occupation of the country between 1915-1934. This item has recently been digitized, and this week guest bloggers Holly Ackerman and Sara Seten Berghausen introduce us to the monograph and its provenance.

The catalog of the U.S. Marine Corps Archives is not publically available. Marine regulations make it necessary for researchers wanting to explore the Archives’ holdings to physically go to Quantico, Virginia. Once there, they must rely on expert staff to conduct a search for them. Researchers are then free to look at the materials.

Like any prohibition, the lack of direct access creates both frustration and allure. As the number of Duke faculty and students studying Haiti increased over the last five years, Holly Ackerman, Duke’s Librarian for Latin American and Caribbean Studies, felt the pull of possible treasure and traveled to Quantico. Since the U.S. Marines had occupied Haiti from 1915 – 1934, it seemed likely that there would be significant collections that might interest our scholars.

The archives did not disappoint. Chief among the treasures was The Monograph of the Republic of Haiti, a book that looks more like an old accountant’s ledger than the accumulation of intelligence information from the U.S. occupation era that it really is. On its opening page the Monograph declares its purpose,

“The object of this book is to provide operative and war information upon the Republic of Haiti. A monograph aims to be so thorough a description of the country upon which it is written that the Commander of any Expedition approaching its coasts will have at his disposal all the information obtainable to commence active operations in case of a hostile invasion or a peaceful occupation, and to facilitate his diplomatic routine mission in time of peace.”

Since the Marine Corps Archive owned two of only six known copies of the Monograph, they offered to donate one to the Rubenstein Library at Duke. It was received in the Spring of 2014. The intent of the Marine Corps Archive was to share the monograph as widely as possible. To fulfill that pledge, the Duke Libraries’ Digital Production Center cataloged, conserved and digitized the Monograph in 2015, making it available worldwide via the Internet Archive. Scholars in Haiti and the U.S. have begun using the resource for research and teaching.

2 thoughts on “Introducing the Digital Monograph of Haiti”