A few weeks ago, I had the opportunity to attend the Hopscotch Design Festival, a 2-day precursor to the music event of the same name in Raleigh, NC. The Design Fest used a very wide tent in gathering speakers from the world of design — they included urban planners, architects, musicians, and writers, in addition to more typical designer/illustrator/interactive types. While I haven’t been to that many conferences, the ones I’ve attended have usually been heavy on the tech side, typically exemplified by a sea of glowing silver macbook pros. During the opening keynote, so far as I could see, I was the only one with a laptop. This crowd was heavy on the analog side (pens and moleskines). This ethos was reinforced by Austin Kleon’s presentation on essential tools for the analog desk. I wasn’t all that familiar with Kleon, but he was clearly a very skilled presenter and offered some interesting tips on maintaining creativity. I was particularly impressed with his newspaper poetry. Overall I thoroughly enjoyed the conference and will hopefully be able to attend again in the future.

Here are some of the speakers I particularly enjoyed: 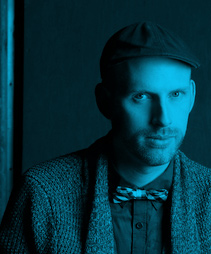 I don’t watch much TV. But one show I really enjoy, thanks to my wife, is Project Runway. My favorite contestant, by far, has been Justin LeBlanc. Not only did he come across as a genuinely wonderful person on the show, his designs were amazing. I especially appreciated how his work incorporated non-traditional materials and technology, like 3D printing. Which is all to say that I was super excited to seem him in person. He talked a lot about his creative process, showed off some projects he’d worked on in grad school [before he hit the big time], and also showed some newer work that he’ll debut on the runway soon. He stressed that his latest work is heavily influenced by living in North Carolina. He’s collaborated with local companies to procure materials, print fabrics, and more. The whole thing felt very positive to me. 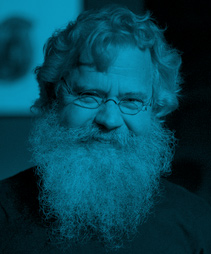 While I had never heard of Steve Frykholm before, I was immediately impressed by him. He’s been a designer at the famed Herman Miller company for 45 years. He’s clearly seen a lot of things change in the design industry over that time, so the perspective he shared was really insightful. He told an interesting story of the first Herman Miller catalog that was designed by George Nelson in 1952. The original proposal was for a highly stylized, photo-heavy book printed on nice paper — a sharp contrast to the text-heavy catalogs of the day. The top brass shot it down, saying it would be incredibly expensive to produce, and asked the team to come up with a new and more affordable version. The next iteration kept the same design, but added a bound cover and a $3 price tag. No one had ever charged for a product catalog, so this was a bold step. However, the bosses eventually relented and the catalog went on to be a huge success. The next year their competitors were charging $5 for their catalogs. [As an aside, an original copy of the catalog is available at the UNC Art Library.] His point in sharing this story was that sometimes you need to be the first at something — it’s OK to take bold steps and try something new. It won’t always work out, but sometimes it does. He also shared a bit about his creative process and how design work happens at Herman Miller. Towards the end of his time he talked about a series of posters he designed for the company’s annual Spring Picnic. These posters were recently added to the permanent collection at MoMA. I could have listened to him talk for much longer. He’s truly an inspiring individual. 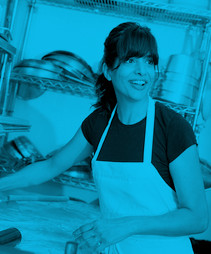 I first encountered Cheetie Kumar as the lead guitarist for her band, Birds of Avalon. I just thought she was a great musician. Then I learned she was also a recording engineer/producer, an entrepreneur, a chef and restaurateur, a designer, and generally an awesome person. So, I was excited to attend her talk. She came across to me as very humble, but she was also very inspiring. She talked about how she first settled in Raleigh and how she and her band mates / business partners have been dedicated to making it a better place ever since. She explained that they would be out on the road for months at a time then come back home only for a short time, almost like visiting, and with this fresh perspective they were able to find new and exciting things to love about the city that they probably wouldn’t have otherwise. She also highlighted the design features she came up with in creating the space for her restaurant — wood floors salvaged from a basketball court, an awning made from leftover construction material, a penny-covered floor in the bathroom, and a wall of paintings towards the back of the space. She mentioned multiple times how much hard work friends and others contributed to making it all a success. It’s literally amazing how much she juggles in her day to day life. She also said she doesn’t get a lot of sleep. 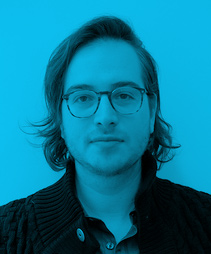 I was familiar with Graham Roberts’ work without realizing it. He’s worked on some truly amazing projects at the New York Times, such as Inside the Quartet, Music and Gesture, and Skrillex, Diplo, and Bieber make a hit. During his talk he essentially walked us through the process of working on these projects. There were way more people involved in building these things than I would have guessed. For the Kronos Quartet piece, they captured real-time 3-D data using multiple microsoft connect cameras. He then had to visualize what ended up being a staggering amount of data. The end result is beautiful; abstract, but graceful in capturing the essence of their performance movements. He also talked about what it’s like working at the Times and how he approaches his work from the perspective of a journalist, not just as a designer/animator/3D artist. In short, his work is stunning. And while it’s inspiring, in a way it’s also hard to imagine being able to create something so amazing. But I’m hopeful with the richness and diversity of our collections at DUL that we’ll continue to make our own inspiring work.