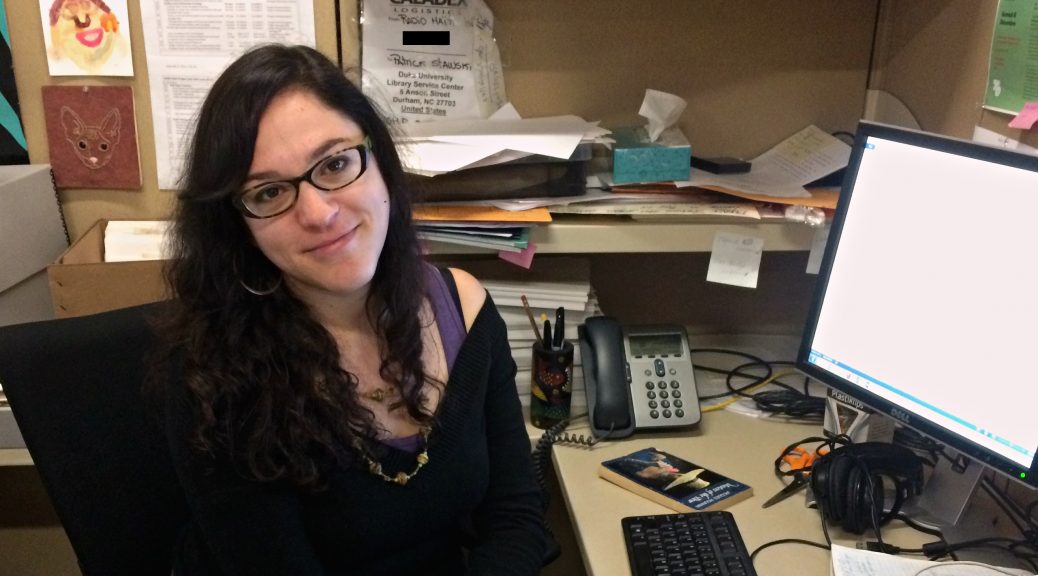 Processing the archive of Radio Haïti-Inter can be difficult work. The collection is filled with human rights violations, suffering, injustice, and death — including both the repression that the station’s journalists covered and the repression they personally endured. Yet despite the heaviness of the subject matter, listening to Radio Haiti is often joyful. Jean Dominique is the single most expressive person I have ever had the privilege of spending time with. (He was, in the words of his friend Jonathan Demme, “an absolute theater superstar waiting to happen.”)  In French, he’d quote Henri de Montherlant and La Rochefoucauld. In Haitian Creole, he’d draw on the language’s evocative proverbs and expressions. Creole is a language of poetry and double meanings, of metaphor and dissembling, of mawonaj.

As I head into my last week on the Radio Haiti project, I wanted to emphasize a lighter side of the project and share some wonderful Haitian Creole phrases. I’ve also learned some fantastic French terms over the course of this project (like scélérat – a villain! often paired with mediocre, because to Jean Dominique, mediocre was one of the worst things a person could be. Or histrion, a buffoon; scribouillard, a penpusher; or crêpage de chignons, a catfight!). But, as I said, in this list I’m going to concentrate on the Creole expressions that I’ve picked up along the way, not only from Jean Dominique, but also from Michèle Montas, J.J. Dominique, Konpè Filo, and other members of the Radio Haiti team, as well as some of the people they interviewed.

A Note from Rubenstein Staff: Laura, we will miss you! Thank you for your incredible and invaluable work on this massive and complicated project.  We are so lucky to have pote kole with you these past few years. Because of your hard work, expertise, and passion, the Radio Haiti Archive  is accessible to people all over the world. How amazing is that?! We wish you all the best and look forward to hearing about your future endeavors.

“What do you know about Haiti?“ asked Laura during my interview in September 2017. I knew it was a Caribbean country where Creole was spoken; I knew it had suffered a devastating earthquake almost a decade ago; and I knew it struggled economically. And that was about all I knew.

And thus began my journey with Radio Haiti. As a French Master’s student in literature, I am in charge of translating thousands of broadcast descriptions from English to French. I love translation. It requires not only the ability to understand the sentences in a text, but their very essence too, and in turn to channel this essence into another dialect. Spelling, conjugation and vocabulary are crucial, of course, but to be a good translator, one must also look beyond the words and explore the context.

The very first description I translated was about the Battle of Vertières which I promptly researched in order to make sense of who Jean Jacques Dessalines was and his significance for Haiti. To my astonishment, the battle was fought between the Haitian rebels and the French colonial army. In all my years in the French educational system, I was never taught about French colonialism. I never knew Haiti was the first successful slave revolution, nor that France asked for an independence debt, which greatly contributed to Haiti’s economic woes.

I felt like I was learning a whole new history, one much less European-centric. Over the course of the last 13 months, I got acquainted with Erzulie and the other Lwa; I admired paintings by the Mouvement Saint-Soleil; I was introduced to the liberation theology; and I learned about how the US devised strategies to control and influence the Western hemisphere. What an eye-opening experience!

This new knowledge has changed the way I think about Haitian history and spilled over in to my everyday life, sometimes in unintended ways. For example, I recently met a Dominican young woman at a bar and when she announced her nationality, I eagerly asked her what her take on antihaitianismo was, upon which she looked at me like I had three heads and declared “This is not the kind of thing I want to discuss at a club.”

Still, the Radio Haiti project has taught me more than I ever could have thought about history, geopolitics, and the cultural context of 1970-2000, and I can honestly say that I am learning more and more every day.

Mèsi anpil Laura and Radio Haiti staff for the experience!