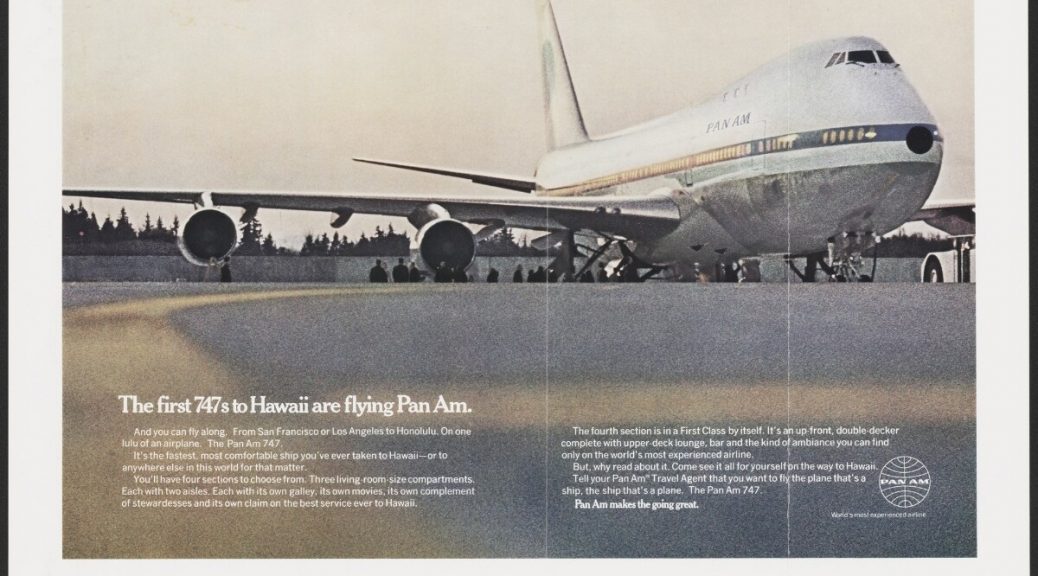 For National Aviation Day, the Hartman Center for Sales, Advertising & Marketing History is excited to announce the launch of the Pan American World Airways Advertisements Digital Collection, which was supported with a Digitizing Hidden Collections grant from the Council on Library and Information Resources. The Pan American World Airways Digital Collection comprises over 6,500 advertisements from the Hartman Center’s collections, including the J. Walter Thompson Domestic Advertisements, J. Walter Thompson Frankfurt Office Advertisements, and Wells Rich Greene Inc. The digital collection spans most of Pan Am’s history, beginning with its World War II-era expansion and military involvement, and ending with Pan Am’s 1991 acquisition by Delta Airlines.

The Pan Am Digital Collection is part of a larger collaboration with the University of Miami Libraries, who hold the corporate records of Pan Am, and HistoryMiami Museum, who hold artifacts from Pan Am. Together, our digitized materials and artifacts serve as the foundation of the Digital Public Library of America’s new aviation portal, Cleared for Takeoff: Explore Commercial Aviation. In addition to showcasing Pan Am’s history and impact on aviation, the DPLA portal also includes materials related to the broader history of other commercial aviation in America and associated airlines. The portal will eventually feature a chronological representation of Pan Am’s achievements and history through an interactive timeline, which is linked at the top of the portal. The timeline curates materials from each grant partner and puts otherwise disparate items in conversation with each other.

The DPLA Aviation Portal will eventually feature a Primary Source Set, curated by members from the Hartman Center, UMiami Libraries, and HistoryMiami. The Primary Source Set is meant for classroom use and focuses on how Pan Am impacted and “shrank” the world, encouraging critical thinking and analysis of primary source documents and touching upon numerous social, political, and cultural issues.

The Hartman Center is grateful to the Council on Library and Information Resources and The Andrew W. Mellon Foundation for funding this important project, as well as to our colleagues at UMiami Libraries, HistoryMiami, the DPLA, and our colleagues in Digital Collections & Curation Services and Conservation Services in Duke libraries. 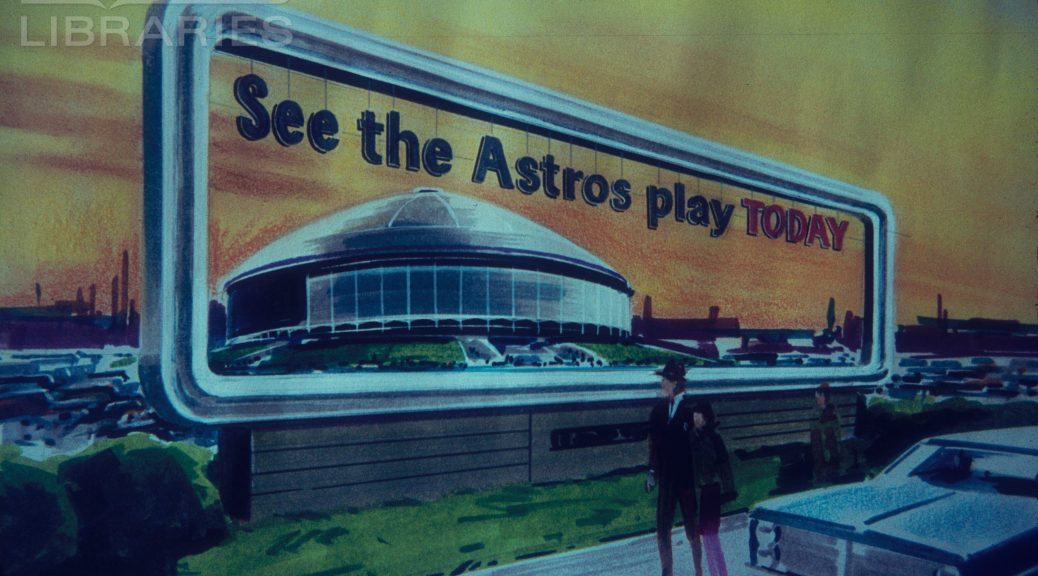 If—like myself—you’re unaffiliated with the Communist Party, you’re no doubt mourning the absence of America’s Pastime today: baseball.  Today, March 26th, would have been Opening Day of the Major League Baseball season, replete with a slate of coast-to-coast televised games lasting nearly twelve hours.  To satiate some of the angst that I’m feeling, I decided to honor today by taking a tour through some baseball-related material in our incredible digital collections repository.  It’s not the same as hearing the crack of a bat, the slap of a ball hitting leather, or a wiener with a cold beer.  But in these difficult times, it will have to suffice.

I love this artist’s rendering of a painted sign advertising the new Astrodome and the very commanding copy that accompanies it.  Completed in 1965 and home to the Houston Astros until 1999, the Astrodome was considered an architectural marvel and the “eighth wonder of the world.”  One major design flaw, though: how does one keep grass alive in a domed structure?

I’ve never wanted to be with an imaginary family more than this one right now, sitting in front of a 12-inch staticky, black-and-white television.  And when the ballgame’s over, Pops can put on some Time Life Swing Era compilation records and fire up the grill.

And I can almost smell the Cracker Jack when I look at these old photographs of Connie Mack Stadium in Philadelphia, home to the Philadelphia Phillies until 1970.  I can also smell the cigarette smoke from 25,000 men in trench coats and fedoras with newspapers tucked beneath their arms.  Those were the days… Finally, this post wouldn’t be complete without a photograph of two members of the Women’s Athletic Association, a group of Duke Woman’s College students that planned, organized, and hosted sporting events on campus such as tennis tournaments, bowling leagues, and ping-pong.  And yes, they played baseball too! 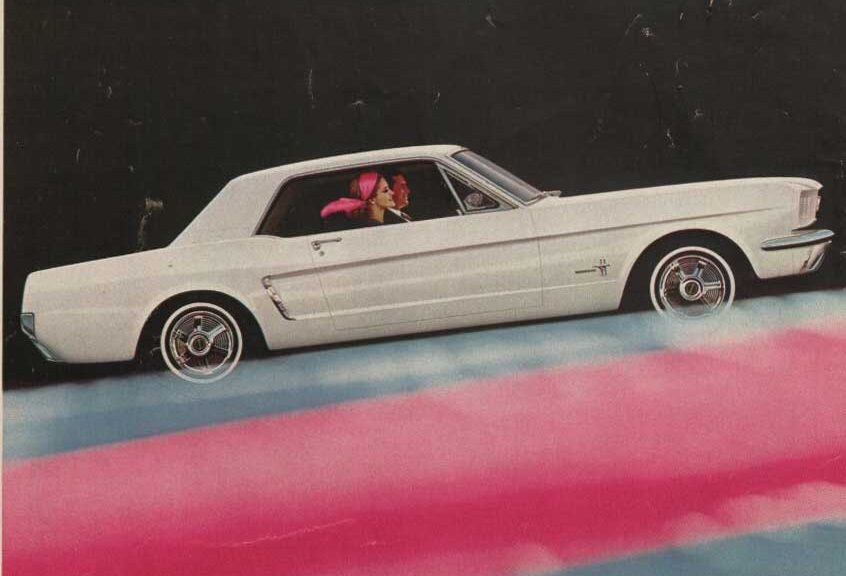