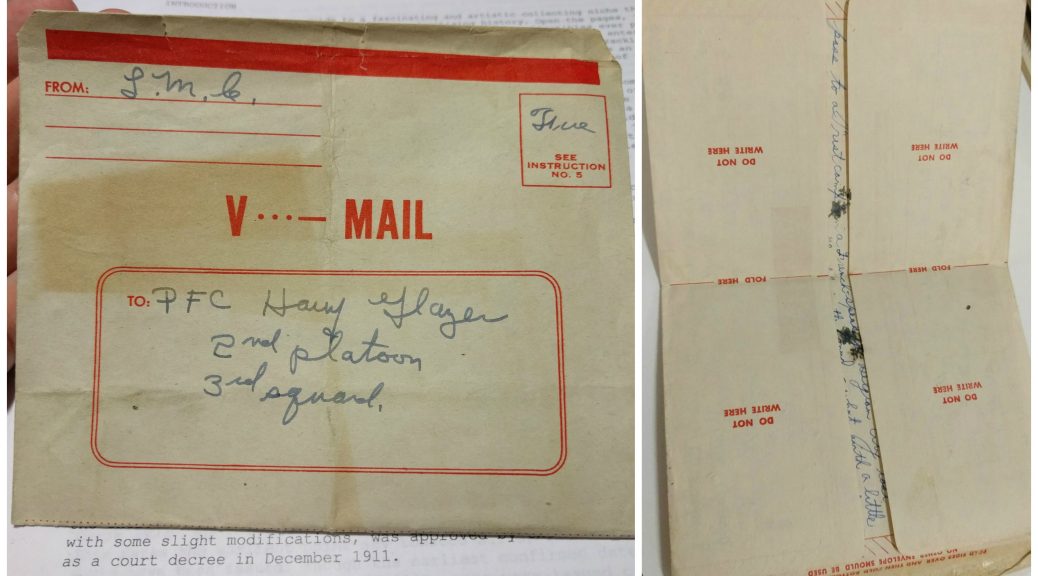 The Rubenstein Library recently acquired a collection of letters and diaries from Harry Bernard Glazer, an American soldier who served in the 824th Tank Destroyer Battalion in France, Germany, and Austria in the closing months of World War II. Glazer was an excellent writer and tended towards introspection, so his letters and diaries are full of description and analysis of the war, his efforts to enlist, his training, and his off-duty excursions with his friends and dates. The archive is especially interesting because Glazer writes openly and poignantly about his experiences as a Jewish soldier and the role of his faith in motivating his effort to enlist and fight the Nazis.

One component of the archive is a lot of V-Mail, which Harry began to use when he was stationed overseas in 1944. V-Mail, short for Victory Mail, was developed by the postal service as a way to reduce weight and speed up mail delivery between the United States and soldiers overseas. Letters were required to fit onto a single sheet of paper, like so: 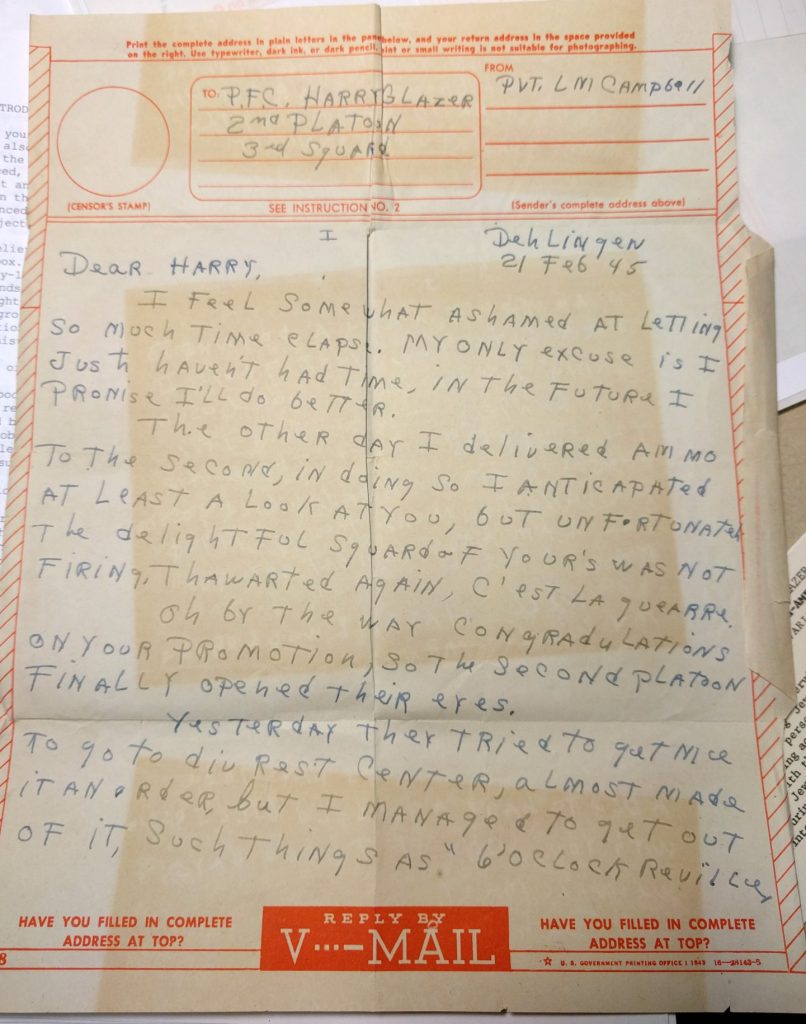 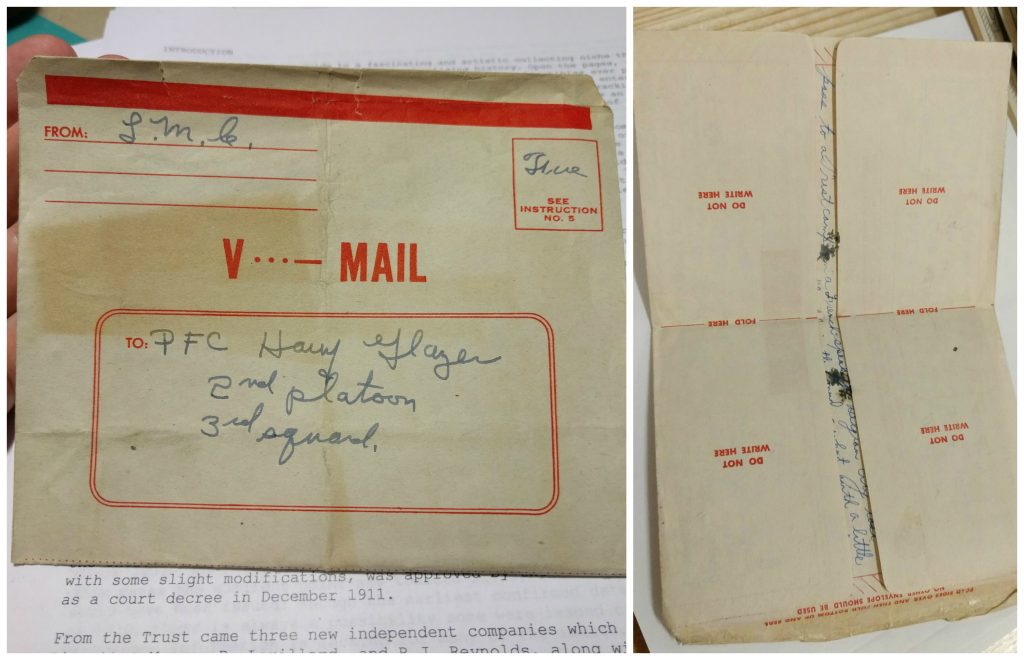 They would be routed through the wartime censors and then forward to a V-Mail processing center, which would essentially microfilm the letter and discard the original. The microfilmed negative would be transported to the U.S., and then blown up to a miniature photocopy and forwarded on to its intended addressee. The instructions on the back of the V-Mail form clarify the process: 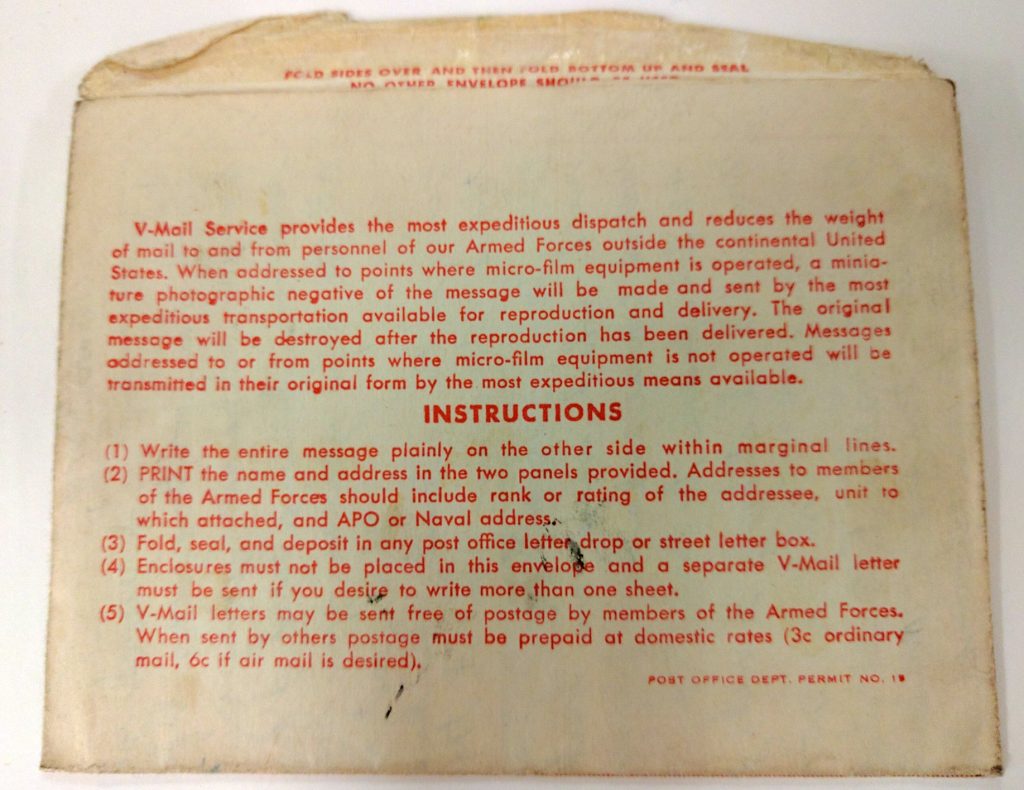 The photocopied mini-letter would arrive in a tiny envelope, like this: 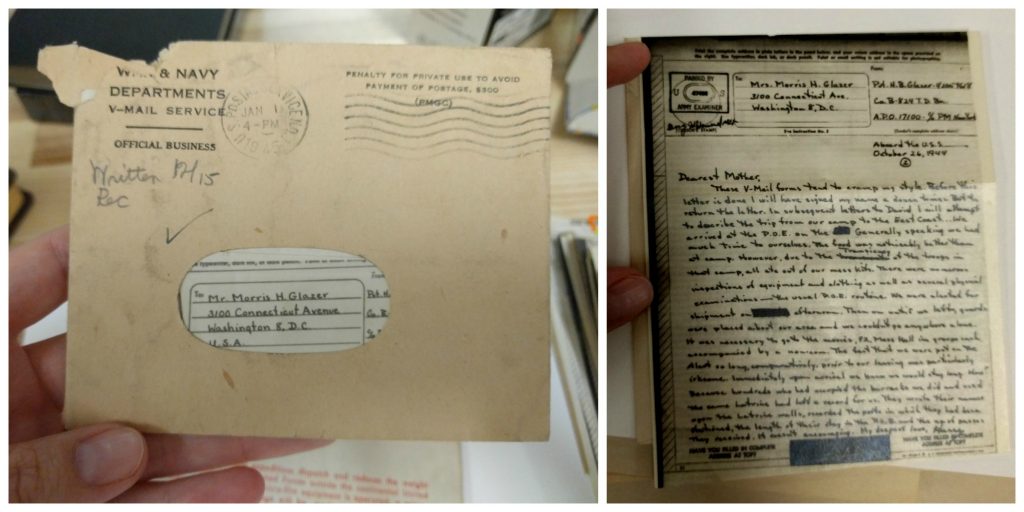 And it would be up to the reader to have some good reading glasses! The letters from Harry Glazer to his mother document how quickly V-Mail shifted from being a novelty to being an annoyance for him. He would number his V-Mails lest they arrive out of order, so his family would be able to reassemble them.

The Harry Bernard Glazer Papers are now available for research.

2 thoughts on “Before E-Mail, There Was V-Mail”