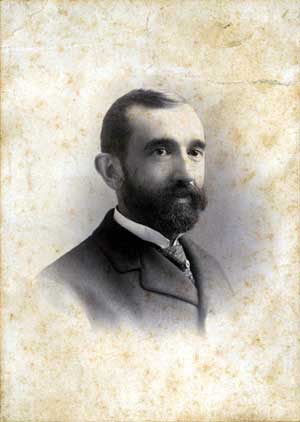 Our colleague Mary Mellon is currently reprocessing the Benjamin Duke Papers to provide more refined description. Among the many fascinating pieces of correspondence within the collection, she has found a letter, dated November 16, 1896, from Trustee A. P. Tyer to Ben Duke. In it, he makes a not-so-modest proposal: that Duke give a $500,000 endowment and that the school be renamed Duke College.

“The only hope that Trinity College has of ever being endowed is found in the Dukes. I therefore ask that you give the College five hundred thousand dollars as endowment and allow the Trustees to name it “Duke College.”

In 1896, the school was just four years old in its new Durham location. There was great concern about longterm viability, despite the generosity of the Duke family up to that point, including providing the funds to bring the school to Durham. $500,000 in 1896 would have been around $13 million in today’s money.

“This will forever take away the feeling of uncertainty, make the college an assured success forever, put the Dukes in front of all southern benefactors, largely increase the number of students, bring even a better class of patronage to the college, make it possible for others to give to it, be the greatest monument any southern man will ever build, be a perpetual benefit and blessing to the human family, and constantly glorify God your Father.”

Ben Duke remained a steady and heavily involved benefactor, but never made a gift at the level requested in the letter. The month after this letter was received, Washington Duke, Ben’s father, gave a $100,000 endowment, contingent on women being admitted on equal footing with men. In 1924, Ben’s brother, James B. Duke, established the Duke Endowment, which helped fund a massive expansion of the college, and led to the renaming of the school—not to Duke College, but to Duke University.