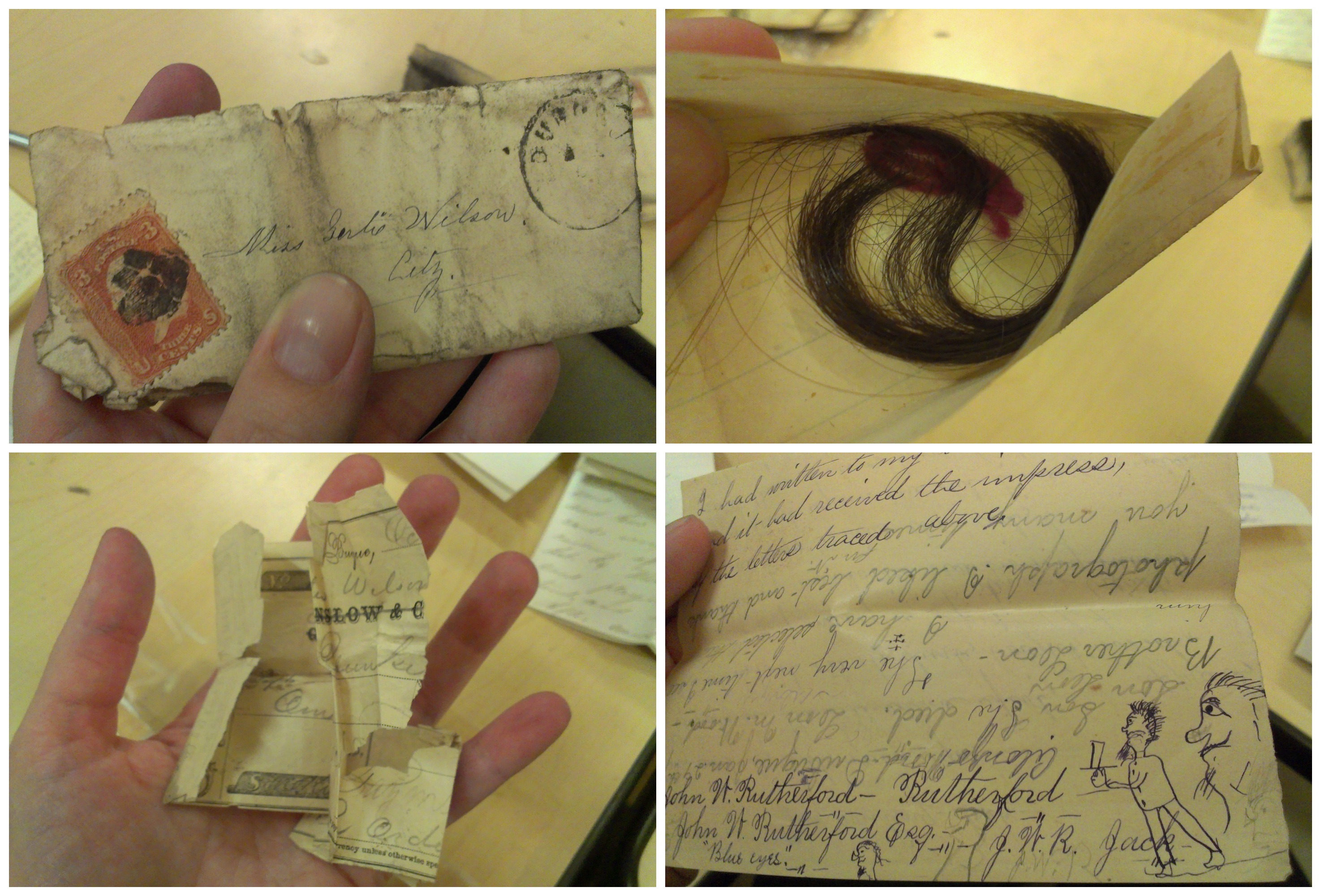 It is a rare treat for me to have a chance to process some 19th century family letters. The family papers of Col. David S. Wilson, from Dubuque, Iowa, arrived in March 2014, thanks to a generous donation from the Kirby, Pfohl, and Quigley Family. The collection was discovered in an attic. It reached the Rubenstein Library as it was discovered, with rusty pins and covered in black dust. Considering its age and environment, the letters themselves were in terrific condition — just filthy. A lot of my time was spent cleaning the paper with special sponges that attract grime.

I was pleasantly surprised by the contents of the letters. Col. David S. Wilson is moderately famous in Iowa history for his service in the state legislature in the 1850s and early 1860s, and for raising the 6th Iowa Cavalry in 1862. His regiment fought the Sioux in the Dakota Territory. Wilson later worked as a lawyer in both San Francisco and Washington, D.C., and eventually was appointed district judge back in Dubuque.

The collection does not focus on Wilson’s military career, but instead consists largely of letters between David and his family, particularly his wife, Henrietta, and their four children. The letters cover personal topics such as in-laws, health, and finances, and reveal the hardships the family faced as David was frequently separated from his loved ones. They seemed to genuinely miss each other, and it was nice to see such warmth conveyed in their letters.

Also notable in the collection were the courtship letters received by the couple’s daughter Gertrude (also known as “Gertie”) in the mid-1870s. Gertie had at least six different suitors in 1872 and 1873, and their letters to her dominate the correspondence from that period. Emotions turned raw as she rejected a few declarations of love. Gertie finally married George Brock, from Chicago, in March 1874.

The collection includes more than just correspondence; there are also some legal documents, land grants, and a diary from David S. Wilson’s 1860 term in the General Assembly. One of the land grants includes a signature from President Franklin Pierce. The children’s activities, particularly their schooling, are documented through report cards and flyers. I also came across this handmade score book, which was largely empty, but I was excited to see what sport it was for: baseball. Along with all his other activities, it turns out that David Wilson was also a pitcher.

The Col. David S. Wilson Family Papers are now fully processed and available for researchers. You can explore it for yourself using the collection guide.