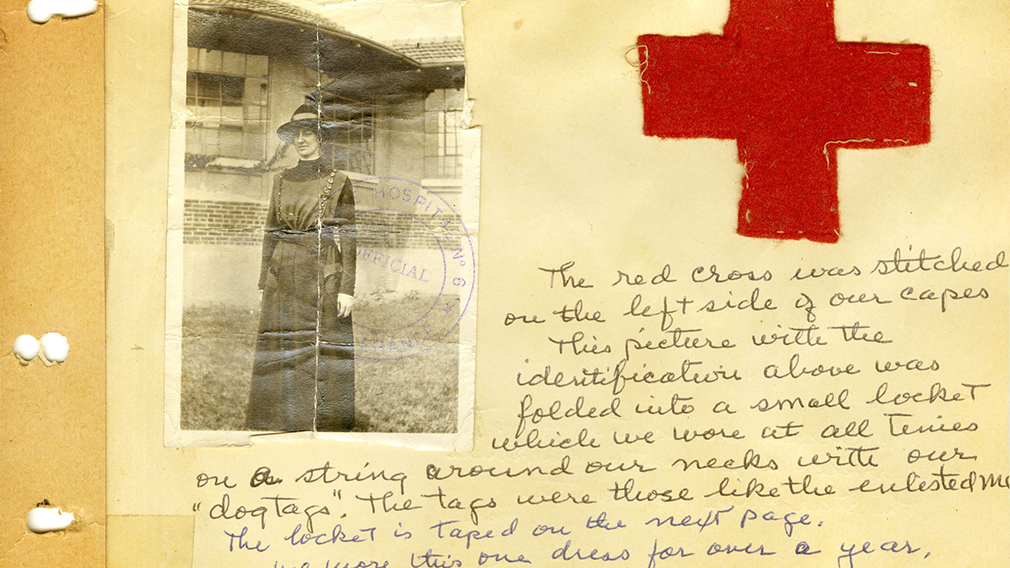 I recently worked on an interactive kiosk for a new exhibit in the library — Views of the Great War: Highlights from the Duke University Libraries. Elizabeth Dunn, the exhibit curator, wanted to highlight a series of letters that shared the experiences of two individuals during the war. She was able to recruit the talents of Jaybird O’Berski and Ahnna Beruk who brought the writings of Frederick Trevenen Edwards and Ann Henshaw Gardiner to life.

Elizabeth and I booked time for Jay and Ahhna in the Multimedia Production Studio where we recorded their performances. I then edited down multiple takes into more polished versions and created files I could use with the kiosk. I also used youtube’s transcript tool to get timed captions working well and to export VTT files.

Here is an example:

The final interface allows users to both listen to the performances and read timed transcriptions of the letters while also being able to scroll through the original typed versions. The exhibit is housed in the Mary Duke Biddle Room and runs through February 16. Come check it out!