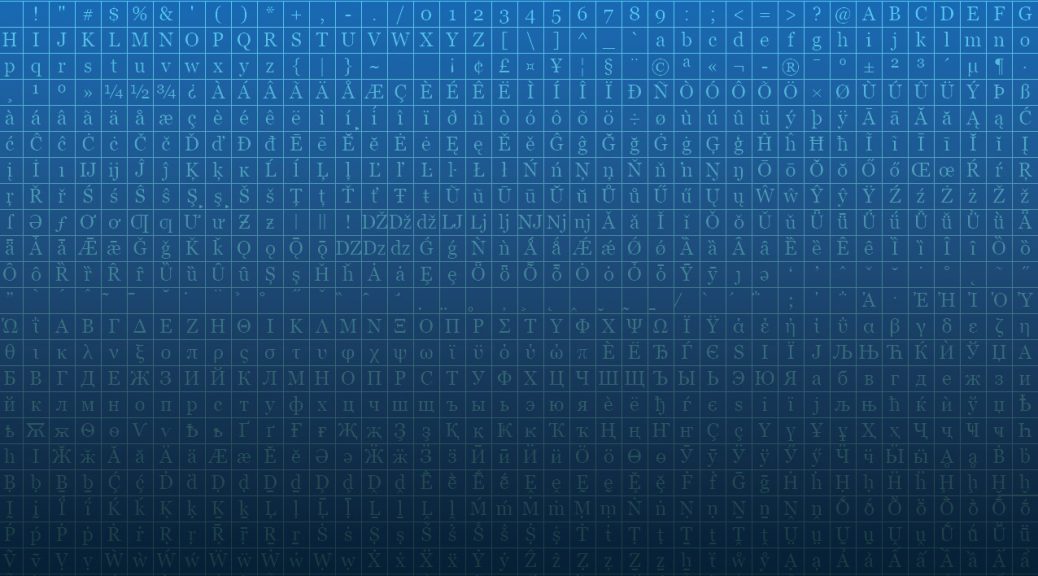 This summer I’ve been working, or at least thinking about working, on a couple of website design refresh projects. And along those lines, I’ve been thinking a lot about typography. I think it’s fair to say that the overwhelming majority of content that is consumed across the Web is text-based (despite the ever-increasing rise of infographics and multimedia). As such, typography should be considered one of the most important design elements that users will experience when interacting with a website.

Early on, Web designers were restricted to using certain ‘stacks’ of web-safe fonts that would hunt through the list of those available on a user’s computer until it found something compatible. Or worst-case, the page would default to using the most basic system ‘sans’ or ‘serif.’ So type design back then wasn’t very flexible and could certainly not be relied upon to render consistently across browsers or platforms. Which essentially resulted in most website text looking more or less the same. In 2004, some very smart people released sIFR which was a flashed-based font replacement technique. It ushered in a bit of a typography renaissance and allowed designers to include almost any typeface they desired into their work with the confidence that the overwhelming majority of users would see the same thing, thanks largely to the prevalence of the (now maligned) Flash plugin.

Right before Steve Jobs fired the initial shot that would ultimately lead to the demise flash, an additional font replacement technique, named Cufon, was released to the world. This approach used Scalable Vector Graphics and Javascript (instead of flash) and was almost universally compatible across browsers. Designers and developers were now very happy as they could use non-standard type faces in their work without relying on Flash.

More or less in parallel with the release of Cufon came the widespread adoption across browsers for the @font-face rule. This allowed developers to load fonts from a web server and have them render on a page, instead of relying on the local fonts a user had installed. In mid to late 2009, services like Typekit, League of Moveable Type, and Font Squirrel began to appear. Instead of outrightly selling licenses to fonts, Typekit worked on a subscription model and made various sets of fonts available for use both locally with design programs and for web publishing, depending on your membership type. [Adobe purchased Typekit in late 2011 and includes access to the service via their Creative Cloud platform.] LoMT and Font Squirrel curate freeware fonts and makes it easy to download the appropriate files and CSS code to integrate them into your site.  Google released their font service in 2010 and it continues to get better and better. They launched an updated version a few weeks ago along with this promo video:

There are also many type foundries that make their work available for use on the web. A few of my favorite font retailers are FontShop, Emigre, and Monotype. The fonts available from these ‘premium’ shops typically involve a higher degree of sophistication, more variations of weight, and extra attention to detail — especially with regard to things like kerning, hinting, and ligatures. There are also many interesting features available in OpenType (a more modern file format for fonts) and they can be especially useful for adding diversity to the look of brush/script fonts. The premium typefaces usually incorporate them, whereas free fonts may not.

Modern web conventions are still struggling with some aspects of typography, especially when it comes to responsive design. There are many great arguments about which units we should be using (viewport, rem/em, px) and how they should be applied. There are calculators and libraries for adjusting things like size, line length, ratios, and so on. There are techniques to improve kerning. But I think we have yet to find a standard, all-in-one solution — there always seems to be something new and interesting available to explore, which pretty much underscores the state of Web development in general.

Here are some other excellent resources to check out:

I’ll conclude with one last recommendation — the Introduction to Typography class on Coursera. I took it for fun a few months ago. It seemed to me that the course is aimed at those who may not have much of a design background, so it’s easily digestible. The videos are informative, not overly complex, and concise. The projects were fun to work on and you end up getting to provide feedback on the work of your fellow classmates, which I think is always fun. If you have an hour or two available for four weeks in a row, check it out!

One thought on “Typography (and the Web)”