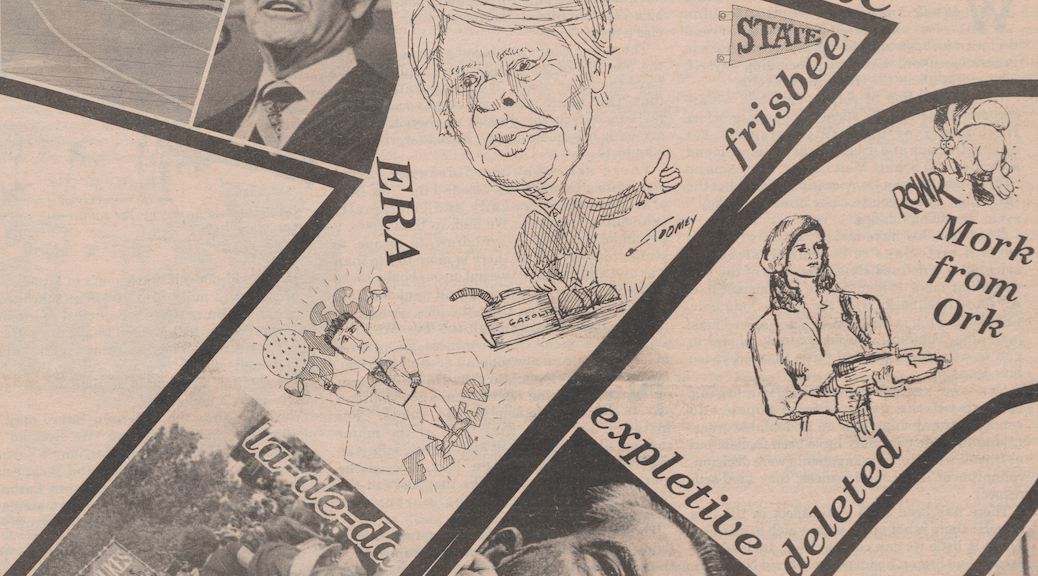 The 1970s are here!  That is, in digital form.  The Duke Chronicle digital collection now includes issues from the grooviest decade of the twentieth century. 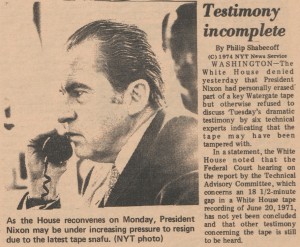 The American memory of the 1970s is complex, wavering from carefree love to Vietnam and civil rights.  As the social turmoil of the 1960s flowed into the 1970s, Terry Sanford was sworn in as president of Duke University.  This marked the beginning of his sixteen-year term, but also marked the decade in which Sanford twice ran for president and partook in heated debates with Alabama governor George Wallace.  He presided over the university In the midst of the Vietnam War and national protests, the Watergate scandal, and the aftermath of the Allen Building occupation in 1969.

In response to the demands from the Allen Building takeover, the Duke University community worked to improve social inequalities on campus.  The 1972 incoming freshman class boasted more than twice as many black students than ever before in university history.  Black Studies Program faculty and students struggle to create their own department, which became a controversial event on campus throughout the ‘70s.  One Chronicle article even tentatively labeled 1976 as “The Year of the Black at Duke,” reflecting the strides made to incorporate black students and faculty into campus life and academics.

The 1970s was also a decade of change for women at Duke.  In 1972, Trinity College and the Woman’s College merged, and not all constituents agreed with the move.  Women’s athletics were also shaken by the application of Title IX implemented by the Department of Health, Education and Welfare (HEW), that prohibited discrimination on the basis of sex.  This regulation significantly impacted the future of the Physical Education Department as well as women’s sports at Duke.


Amidst this sea of change at Duke, there were many things that brought students joy — like the Blue Devils defeating UNC 92-84 in basketball, and snowball fights in November.

The addition of the 1970s to the Duke Chronicle digital collection marks a milestone for the Digital Projects and Production Services Department.  We can now provide you with a complete run of issues from 1959 to 1989, and the 1950s will be heading your way soon!  We invite you to explore the 1970s issues and see for yourself how history unfolded across the nation and across Duke campus.