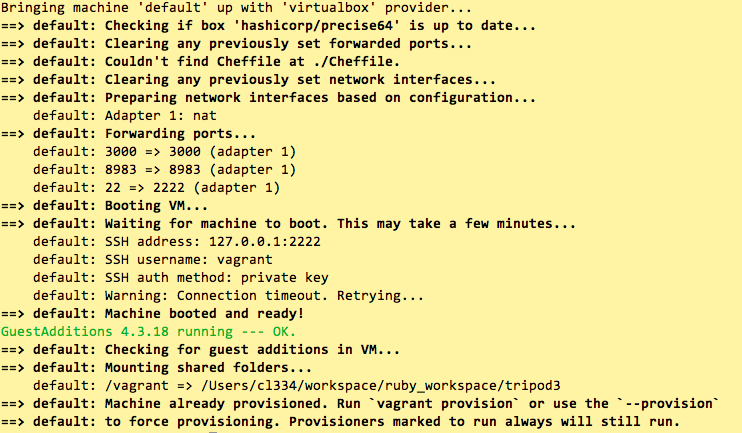 Writing software for the web has come a long way in the past decade. Tools such as Ruby on Rails, Twitter Bootstrap, and jQuery provide standard methods for solving common problems and providing common features of web applications. These tools help developers use more of their time and energy to solve problems unique to the application they are building.

Thankfully, there are still more tools available to help manage these problems. For instance, Ruby Version Manager (RVM) is a popular tools used by Ruby on Rails developers. It lets the software developer install and switch between different versions of Ruby. Other tools, such as Bundler make it possible to define exactly what version of which Ruby Gems (Ruby software packages that add functionality to your own project) you need to install for a particular project. Combined, RVM and Bundler simplify the management of complex project dependencies. There are similar tools available for other programming languages, such as Composer, which is a dependency manager for PHP. While many of us already use dependency managers in our work, one tool we haven’t been using that we’re evaluating for use on a new project is Vagrant. Vagrant is a tool for creating virtual machines, self-contained systems that run within a host operating system. Virtual machines are software implementations of a computer system. For instance, using a virtual machine I could run Windows on my Mac hardware.

Vagrant does a few things that may make it even easier for developers to manage project dependencies.

Here’s how to use Vagrant in the most minimal way:

In a more complex setup you’d probably add a provisioning script with instructions for downloading and installing additional software as part of the “vagrant up” process. See the Vagrant documentation for more details about provisioning options.

We’re considering using Vagrant on an upcoming project in an effort to make it easier for all the developers on the project to set up and maintain a working development environment. With Vagrant, just one developer will need to spend the time to create the script that generates the virtual machine for the project. This should save the time of other developers on the project who should only have to install VirtualBox, copy the Vagrant file and type “vagrant up.” At least, that’s the idea. Vagrant has great documentation, so if you’re interested in learning more their website is a good place to start.