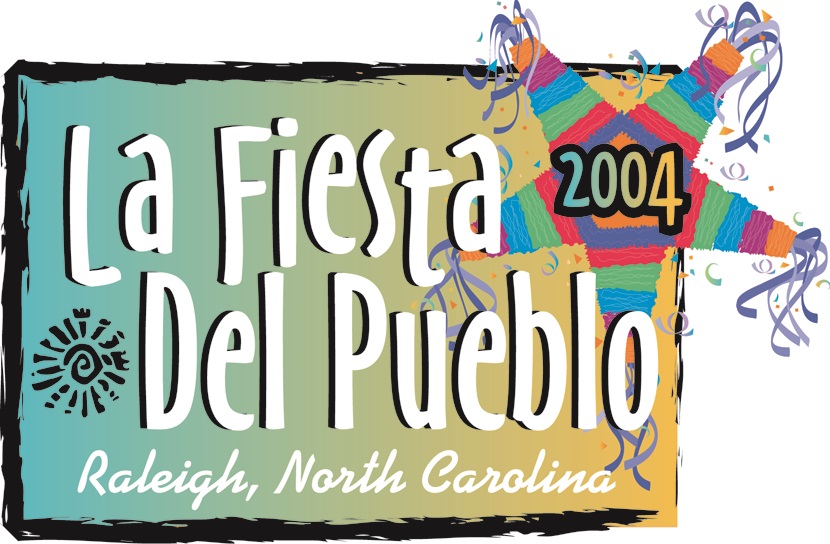 El Pueblo Inc. is a Triangle area Latinx organization based in Raleigh, NC. They strive for the local Latinx community “to achieve positive social change by building consciousness, capacity, and community action.” [1] El Pueblo Inc. has been involved in policy change by lobbying state and national politicians and pushing for legislation that benefits the Latinx community, raising health awareness, and especially, spearheading public safety campaigns. For example, in past campaigns, they have focused on reducing drunk driving and encouraging the proper use of child car seats. The organization also specifically focuses on youth issues and youth leadership. They have a separate Youth Program division tasked with running programs for Latino youth that are youth-led. One example is Pueblo Power, a social justice and community-organizing program.

La Fiesta del Pueblo is the organization’s major annual cultural event and it was also the founding event of the organization. [2] La Fiesta del Pueblo features live music, food, arts, and information booths. The event, as well as El Pueblo Inc. itself, has grown exponentially since its inception in 1994. Over the past 25 years, the event has gone from just a few tents and booths to a massive cultural festival spanning several blocks of Downtown Raleigh and boasting tens of thousands of attendees.

I felt an immediate affinity for the material in the archive because of my studies and previous work with Latinx communities and with Latinx literature, art, and culture. As a doctoral candidate in Spanish and Latin American studies, I have had the opportunity both as a student and an instructor to engage in experiential and service learning projects with a number of Latinx organizations. I admired seeing how El Pueblo tirelessly fought for the promotion of Latinx culture and the rights of Latinx workers, students, and families in the state.

One joy of working on an archive containing records from recent history is the ability to directly connect to the ongoing development and work of the organization. For example, I attended La Fiesta del Pueblo 2018 and saw firsthand the successful growth of the event, especially comparing it in my mind to the many old photographs of the early years. Through this experience, I had a more intimate and direct sense of the archival material, being able to engage with it in the present.

One example of an interesting item from the collection is the Public Service Announcement ads created by El Pueblo as part of their Nuestra Seguridad Public Safety campaign, a collaboration with the NC government. These ads were the direct response to the rise in DWI incidents among the Latinx population and the resultant xenophobic and racist backlash from concerned citizens and local government officials. Their message is clear, one person’s bad judgment or mistake affects the whole community and closes doors to everyone. The aggressive tone of the ads is strongly expressed in its rhyming slogan in Spanish “¿Manejar borracho? ¡No seas tonto muchacho!” or “Driving drunk? Don’t be dumb, man!”. I find these ads fascinating because they show the success of mobilizing a community to create change, to both increase Public Safety and defend against discrimination.

I believe that this collection would be of interest to any artists, educators, researchers, students, activists, or non-profit workers that want to learn more about the history of the Latinx population in North Carolina and Latinx culture, non-profit organizations in North Carolina, Youth leadership, and the debate on immigration reform post 9/11. The breadth of audiovisual material could also be used in exhibits or as part of book projects.

In our current context of rising anti-immigrant sentiment and policy, El Pueblo Inc.’s ongoing work is ever more relevant and needed. [5] [6] Their records offer a look into the recent history of the state and how the organization has impacted and strengthened Latinx communities in North Carolina.

[3] Office of the Governor of North Carolina, Hispanic and Latino Affairs –

[5] “’North Carolina is becoming our nightmare:’ Undocumented mom speaks out against ICE raids” –