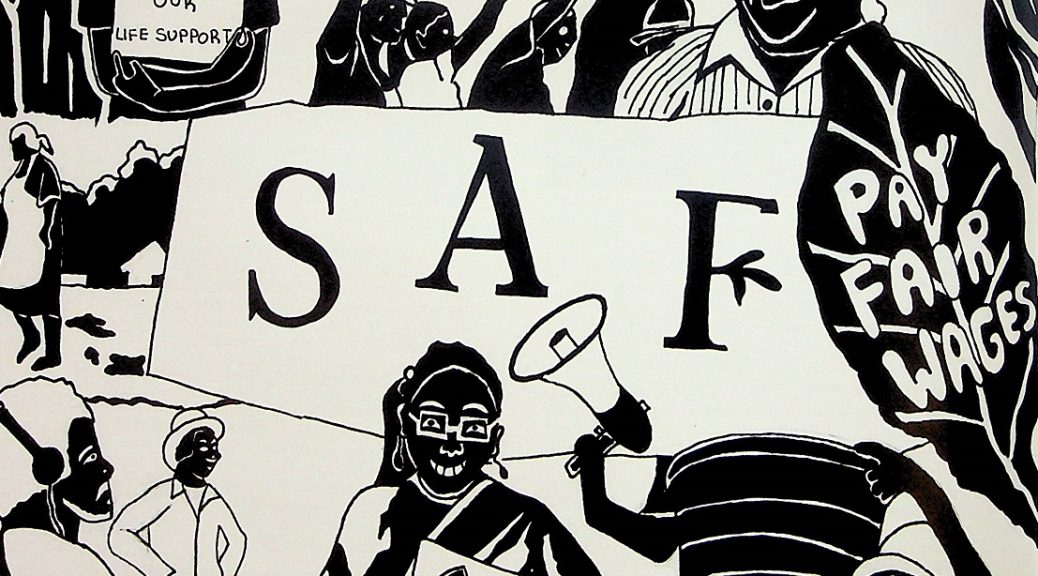 Did you know that October is American Archives Month?  During this time archivists and their allies take to social media and other outlets to raise public awareness about the importance of preserving the historical record.  This year’s theme in North Carolina is “Activism and Social Justice in North Carolina.”  To honor that theme, this post highlights an inspiring N.C. activist organization whose records are in the David M. Rubenstein Rare Book & Manuscript Library.

Officially founded in 1992 in Durham, N.C., Student Action with Farmworkers (SAF) has brought college and high school students and farmworkers together to collectively work for economic justice, consumer awareness, and improved living and working conditions for people who grow and harvest our food. The long arc of SAF’s activist work, which began in the 1970s, is well-represented in their archives in the Rubenstein library.  The collection’s 148 boxes house materials documenting SAF’s founding, its operations, meetings, and planning, and records on every program from inception to launch.  There are many photographs, audio, video, and, with the arrival of the 2000s, digital records.

College-age interns, many of them from farmworker families, travel to isolated rural migrant camps to document living conditions through photography, oral histories, and writing.  Thousands of SAF student alumni have also gone out into the world to join and found other social justice programs and organizations.

Student projects such as this 2011 video documentary created by three students are housed in the SAF collection at the Rubenstein (student project folders require permission for access).  Through Story+, a summer research internship sponsored by Duke University libraries and the John Hope Franklin Humanities Institute, students have created several other SAF video documentaries.

An integral part of SAF’s work is educational programming and outreach for children, teens, and adults.  In 2014, SAF’s Levante Leadership program was recognized as one of the most effective programs in the nation that improves educational outcomes for Latino students.

SAF also organized and participated in protest actions, including the Mount Olive Pickle Company and Burger King labor protests. These actions directly led to improved conditions in the factories and fields. Did you know that many farmworkers are forced to live next to fields sprayed with pesticides?  SAF has mounted successful long-term campaigns on specific issues such as pesticide safety that include outreach tools such as this video for children called “José Learns About Pesticides.”

Theater in the Fields brings a powerful message and educational opportunities to the fields where agricultural workers toil.  The giant puppet “Big Papa” is also found in the SAF archives!  The puppet was created by NC sculpture artist Daniel L. Mathewson (1964-2011) for the play “Gigantes en los Campos/Giants in the Fields,” written by NC writer Cara Page. The Big Papa character had few lines, but loomed ominously over scenes in the play as a method of intimidation and mockery of the farmworker characters.

The mobilization of students and farmworkers originally begun at Duke in the 1970s was in part inspired by a 1960 documentary by N.C. journalist Edward Murrow, “Harvest of Shame.”  Today, the same labor, health, and social justice issues continue to plague the U.S. agriculture system, so Student Action with Farmworkers continues its work to improve conditions and to make their vision a reality, that “One day, all farmworkers will have dignity in their work and livelihood.”

During this Archives Month, we salute those who give so much of their energies to justice, and to those who recognize the importance of keeping this history alive in collective memory by placing their records in an archive.

The records of the Student Action with Farmworkers organization span the entirety of their history, and are available at the Rubenstein Library.  Learn more by visiting the online collection guide.

To learn more about SAF, view this video.  There are more videos on this site, many using archival resources from the collection to tell the farmworkers’ stories. Also, check out their 25th anniversary “More Than One Story” exhibit and web site. 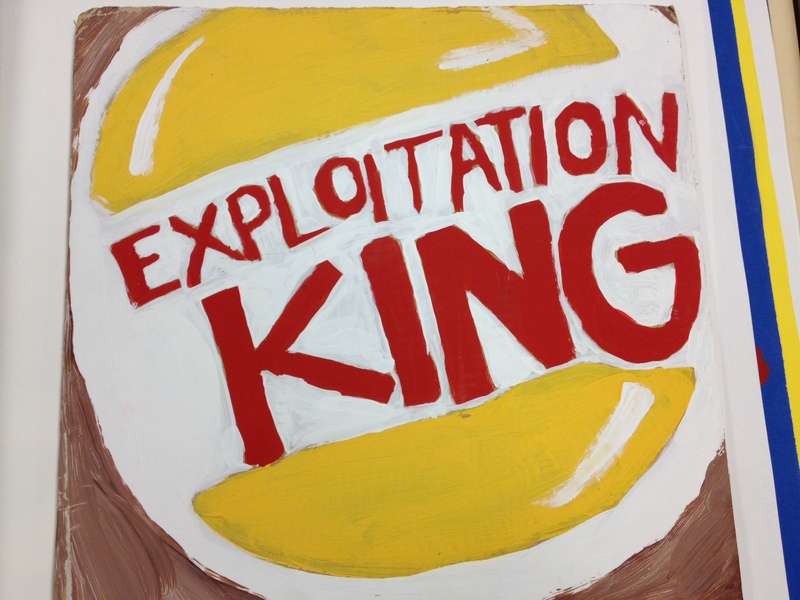 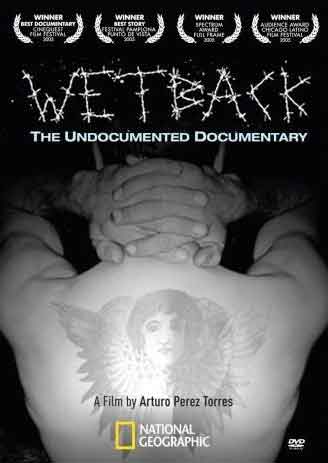 Wetback follows undocumented migrant workers from their home in Nicaragua across Central America and Mexico to the U.S.-Mexican border, meeting many other migrants along the way. They encounter gangs, vigilantes, corrupt law enforcement, physical danger, and safe havens in their attempt to be among the 10% of migrants who actually make it all the way into North America. The migrants, those who aid them, and those who turn them back all give their own perspectives on how this vast, illegal system trafficking in cheap labor and dreams actually functions, and what its terrible costs and perils are.

The film is 92 minutes, in Spanish and English with English subtitles. This event is free and open to the public, with free drinks and popcorn and free parking.

Cosponsored by Student Action with Farmworkers. About Rights! Camera! Action!:  Featuring award-winning documentaries about human rights themes from Durham’s annual Full Frame Documentary Film Festival, the series explores issues ranging from the immigration and refugee rights to the justice system and the environment. All films featured in the series are archived at the Duke Library and are part of a rich and expanding collection of human rights materials. Co-sponsors include Duke Library’s Human Rights Archive, the Duke Human Rights Center, the Archive of Documentary Arts, the Franklin Humanities Institute and the Program in Arts of the Moving Image (AMI).