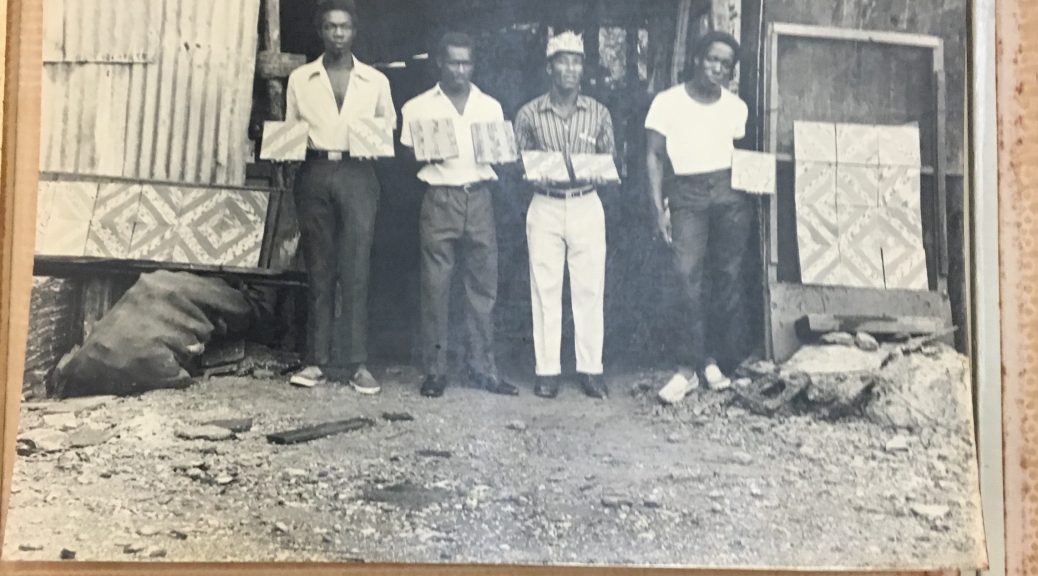 I recently processed the latest accession to the Robert A. Hill Collection: The Jamaica Series. The series consists primarily of Professor Hill’s research on the Rastafari Movement and Rev. Claudius Henry. While evaluating the materials I came across several particularly fascinating items, including the “Rev. Henry Picture Album.” As I carefully examined each image, the history of Rev. Henry and his followers unfolded.

Professor Hill shared his extensive knowledge of Rev. Henry in an interview for Reggae Vibes. He was wrapping up a research trip in Jamaica in 2010 when he decided to spend part of the remainder of his time meeting with members of Rev. Henry’s International Peacemakers Association at Green Bottom, Clarendon. The elders welcomed him to “Bethel,” a facility Henry and the Peacemakers constructed decades earlier, and they shared about their relationship to the movement.

Rev. Henry (1903-1986) considered himself a prophet after experiencing a vision at age eighteen. He began preaching, eventually moving to Cuba and then America before returning to Jamaica in the 1950s to fulfill his revelation. Rev. Henry accumulated thousands of followers, and in 1959 built The African Reform Church of God in Christ. Professor Hill claims that Rev. Henry’s following constituted the largest Back-to-Africa Movement of its time. Rev. Henry traveled to Ethiopia more than once to meet with officials affiliated with Emperor Haile Selassie, considered by many Rastafarians to be the messiah (image one). Their ambitions to relocate were never realized. In 1960 Rev. Henry and fifteen others were arrested on grounds that they were plotting an insurrection against the Jamaican government. At their trial in 1960, which Professor Hill attended when he was 16, they were found guilty.

In 1966 Rev. Henry was released from prison and went back to his followers in the parish of Clarendon. There in Green Bottom, Rev. Henry and others built a commune called the International Peacemakers Association. The Peacemakers were self-sustaining. The pictures displayed in the album show the Peacemakers making tiles, gardening, farming, ranching, baking bread, and performing a host of other duties (images two and three). There was also a school, baptismal house, community center, and worship facility, among other structures (image four).

The picture album is a part of a separate subseries which also contains loose and mounted photographs, correspondence, receipts pertaining to the construction of the commune, programs, posters, and other materials. Collectively, they offer a rich history to researchers, and encourage scholars to ask new questions about the Rev. Henry, the Peacemakers, and their legacy.

“Rev. Claudius V. Henry and the Radicalization of the Rastafari Movement in Jamaica, 1957-1960,” Interview with Professor Robert A. Hill by Boris Lutanie, Reggae Vibes, Paris, France.