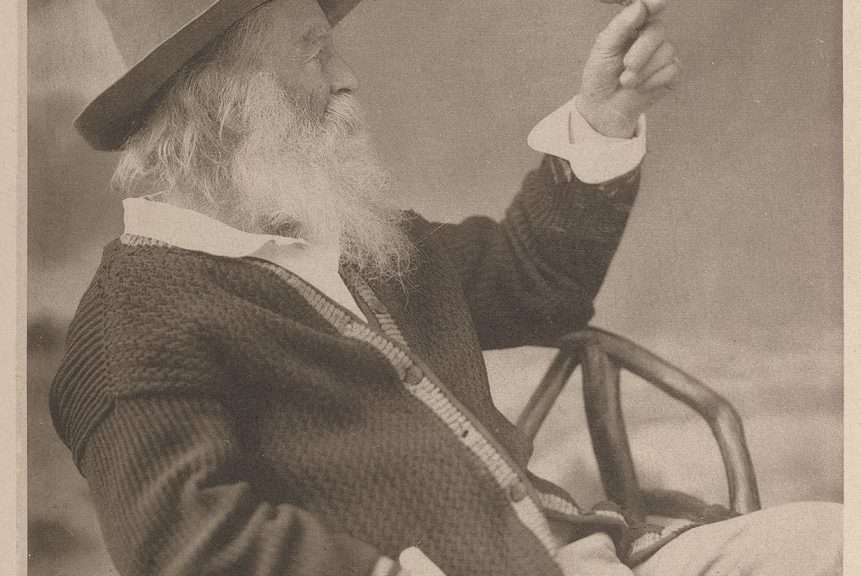 Today marks the 200th anniversary of Walt Whitman’s birth.  Whitman did “celebrate myself” and perhaps you want to celebrate him too. What could you get America’s Bard? Based on our extensive collection of Whitman’s Papers we’ve got a couple of gift ideas we think the Good Gray Poet would have appreciated.

A wide-brimmed hat at a jaunty angle was part of Whitman’s signature look, starting with the portrait of him included in the first edition of Leaves of Grass. His hat even made it in to later editions of Leaves of Grass, where he wrote, “I wear my hat as I please, indoors or out.”

Gift Certificate for a Phrenological Reading

While phrenology is now regarded as pseudoscience, in the nineteenth century Whitman and many others believed that the elements of a person’s character were located in specific parts of the brain that manifested as bumps on one’s skull, which a skilled reader could interpret. In 1849, Whitman had a phrenological reading conducted by Lorenzo Fowler, one of the leading proponents of phrenology in America. Fowler noted, among other things, “You are no hypocrite but are plain spoken and are what you appear to be at all times. You are in fact most too open at times and have not always enough restraint in speech.”

Whitman wrote in 1881, “Wherever I go yet, winter or summer, city or down in the country, or alone at home, or traveling, I must take notes,” and throughout his career as a writer he used any scrap of paper he had at hand to jot down his thoughts. Our collection include ideas for poems, notes on reading material, and drafts for stories, sometimes even on the same loose piece of paper.  Whitman definitely doesn’t seem like the bullet journaling type, but maybe a nice Moleskine notebook could keep his notes together in a slightly more orderly manner?

Whitman was the most photographed poet of his time, and sat for portraits with noted photographers such as Mathew Brady, as well as many others. Whitman came of age with the developing technology and art of photography, and used it throughout his life as a way to explore different ways of representing himself.

Think a physical gift is not enough and want to throw Whitman a birthday bash but wondering what should you serve? Perhaps the menu from  a party held in honor of Whitman’s seventieth birthday can provide some inspiration. “The Feast of Reason” featured clams, fish, lamb, beef, as well as strawberries with cream and ice cream for dessert.