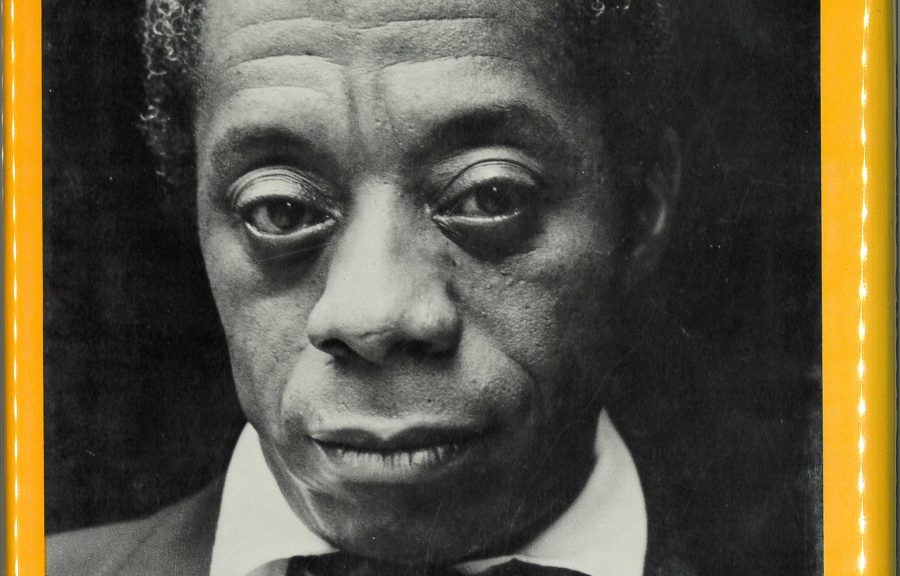 This is a guest blog post by Nathan Dize, a Ph.D. Candidate in the Department of French and Italian at Vanderbilt University specializing in Haitian literature and history.

Twenty-eight days after the passing of James Baldwin, on December 28, 1987, Haitian writers Jan J. Dominique and Yanick Lahens and their cohost, bookseller Monique Lafontant, paid homage to the African American writer with a discussion of the significance of his novel If Beale Street Could Talk on Radio Haïti Inter’s weekly cultural program, Entre Nous. Set in New York City, the novel focuses on the lives of childhood friends-turned-lovers Tish and Fonny as they prepare to welcome their first child. The two are suddenly separated when Fonny is arrested and accused for the alleged rape of a Puerto Rican woman. Tish narrates the story as both her and Fonny’s families attempt to prove the young Black man’s innocence. Yanick Lahens begins with her review of the book, followed by a brief discussion of Baldwin’s literary career.

For Lahens, Beale Street is a “faithful and realistic portrait” of the generation of the Great Migration where African Americans moved to northern and industrial cities in the Midwest as a response to the tightening of Jim Crow legislation and racial violence in the South. More importantly, Lahens explains that the literary strength of the novel lies in the way it presents an “evolution of hope or extreme despair” as the plot unfolds. She argues that readers never completely slip into despair, yet readers cannot enjoy hopeful moments long enough to sustain a sense of optimism that Fonny will ever be freed from prison.

In recent weeks, If Beale Street Could Talk has again been on the tips of critics’ tongues as Barry Jenkins’ adaptation of the novel was nominated for three Oscars, including Best Adapted Screenplay. Critics of Barry Jenkins’ Oscar-nominated adaptation of Beale Street have also focused on Baldwin’s ability to productively operate between the poles of hope and despair. While some reviewers bristle at how some of the novel’s more severe moments, like Tish and Fonny’s first sexual encounter, “shimmer romantically in Jenkins’ film,” other parts of the film faithfully reach for Baldwin’s depth of blues and melancholy. Back in 1987, Yanick Lahens explained that readers immediately encounter despair “from the first lines [of the novel] we see that this young man will never leave prison.”[1] Baldwin’s novel exposes the “judiciary machine” in the United States that gives the semblance of hope, but that will ultimately never let him go or leave the two families unscathed.[2]

Towards the end of her review, Lahens explains that the accents, the sounds, the feelings of the blues permeate Baldwin’s writing. These “accents of the blues” in Beale Street are found in the characters’ despair and bitterness in the face of Fonny’s imprisonment. In an essay from his collection Nobody Knows My Name, James Baldwin writes about his discovery of the language of the blues through the music of Bessie Smith, which Lahens reads in French:

“It was Bessie Smith, through her tone and her cadence, who helped me to dig back to the way I myself must have spoken when I was a pickaninny, and to remember the things I had heard and seen and felt. I had buried them very deep […] I had never listened to Bessie Smith in America (in the same way that, for years, I never touched watermelon), but in Europe she helped me to reconcile myself to being a ‘nigger.’”

Some critics have claimed that Barry Jenkins’ adaptation is a failure, that Baldwin deserves better. “Is [Jenkins’] movie too beautiful?” Doreen St. Félix writes for the New Yorker. St. Félix agrees that film adaptations do not have to remain faithful to the text; they are adaptations, after all. But, the point where Lahens’ reading of Baldwin’s blues coincides with Jenkins’ film is perhaps best captured when Fonny’s old friend, the good-natured and affable Daniel, played by Brian Tyree Henry, tells Fonny about his arrest. St. Félix explains that this scene “is washed in a darkness that is incongruous with the rest of the film’s palette.” In the novel, Baldwin sounds the depths of despair as Daniel confesses that he was gang-raped in prison, instead Jenkins renders this aesthetically with color saturation. In his own right, Henry’s portrayal of Daniel’s character had many critics calling for him to be nominated for the Best Supporting Actor category. Brian Tyree Henry expertly contrasts moments of superficial cheer with sullen, vacant looks through clouds of cigarette smoke to convey Daniel’s fractured dignity. Beyond Henry’s performance, Regina King’s wails from the streets of Viejo San Juan also supremely express what Lahens describes as “all the accents of the blues,” earning her the Oscar for Best Supporting Actress.

Baldwin’s discovery of the blues in the Swiss Alps is remarkable for Lahens, Dominique, and Lafontant who consider James Baldwin as a writer of the African American Diaspora. The three conclude the segment by comparing Baldwin to Haitian writers forced to flee the successive dictatorial regimes of François Duvalier and Jean-Claude Duvalier. For many of the journalists and employees of Radio Haïti Inter, forced exile remained an open wound as the station had just re-opened the previous year in October 1986. Decades later, when the radio station finally shuttered its doors, Jan J. Dominique herself would also eventually go into exile in Montreal in 2003, fleeing a violent climate towards the press that led to the assassination of her father, Radio Haiti director Jean Dominique, on April 3, 2000.

As I listened to this review on the eve of the 91st Academy Awards, I was reminded of the importance of James Baldwin in global expressions of Blackness in literature, how artists and writers have thought through and with Baldwin even after his passing. I am also reminded of the significance of the recording’s survival through the efforts of project archivist Laura Wagner and the other archivists, librarians, and graduate and undergraduates working at the David M. Rubenstein Rare Book and Manuscript Library. The review of If Beale Street Could Talk is but the tip of the iceberg, so to speak, as a search in the Duke University Libraries Digital Repository leads to more than 4,000 individual recordings of cultural, historical, literary, and journalistic reportages from 1957-2003. At present, an excess of 4,800 of an approximate 5,300 recordings have been described and are either available or will be available online for listening this spring. So, as you process the results of this year’s Academy Awards, be sure to make a visit to the Radio Haiti Archives catalog and browse their collection that has just as much to do with Haiti’s past as it does with our cultural and historical present in 2019.

[2] Yanick Lahens refers to the US judicial system a “machine judiciaire.”