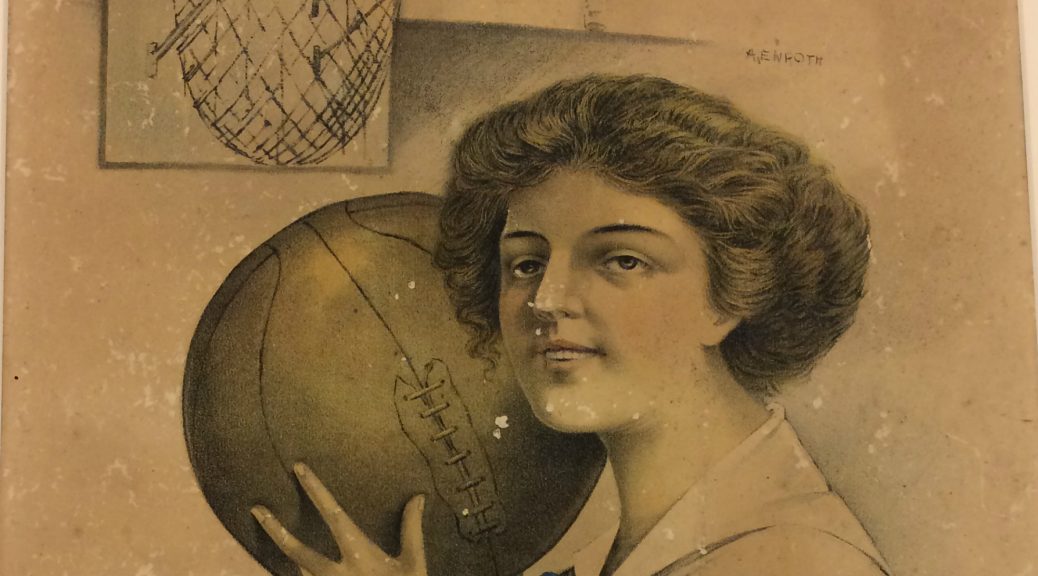 This week we’re continuing last week’s celebration of the beginning of a new fiscal year by reviewing some notable items and collections that arrived here at the Rubenstein Library in the past year.

The University Archives acquired a variety of exciting materials during this past year, including lemur behavior data, early planting plans of Duke Gardens, and social media created during campus protest. Today, however, we are highlighting one of our smallest accessions this year, a single poster of a young woman playing basketball, given to us by an alumna whose family business was given the poster some years back. 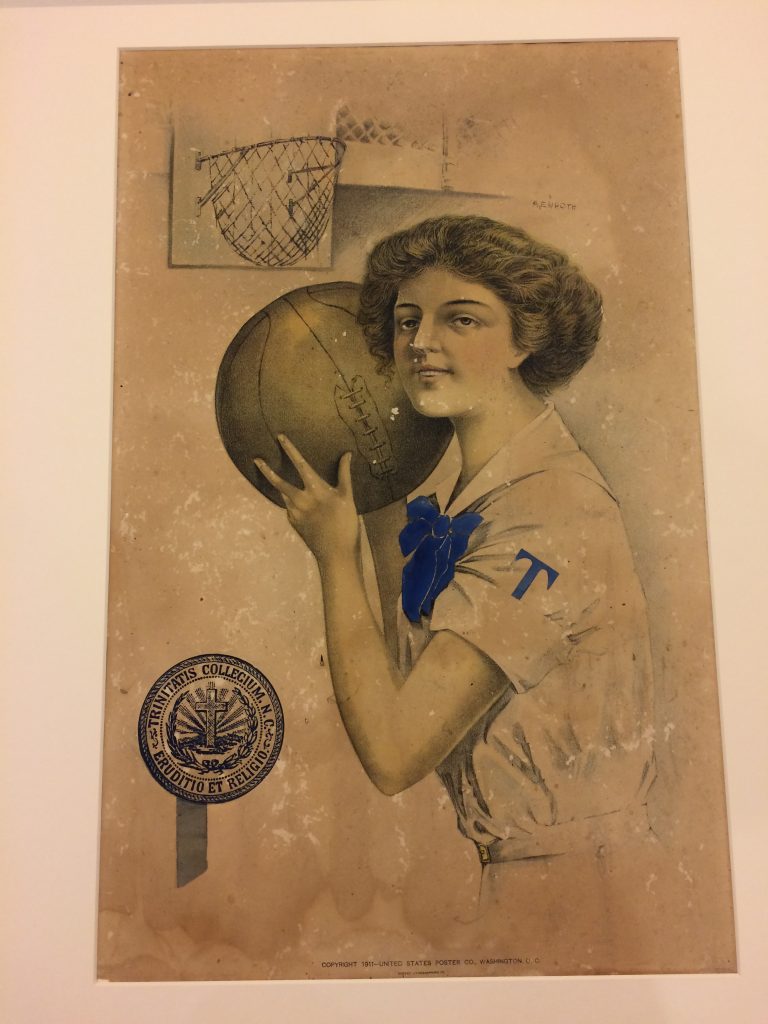 A note that accompanied the poster says, “Picture that hung on the dorm room wall of Alton Monroe Cameron and J. O. Renfro, class of 1914 at Trinity College, Durham, North Carolina.” This poster is one that was issued in 1911 to depict a generic player, but someone along the way decorated the player to be a Trinity College student, using blue ink. 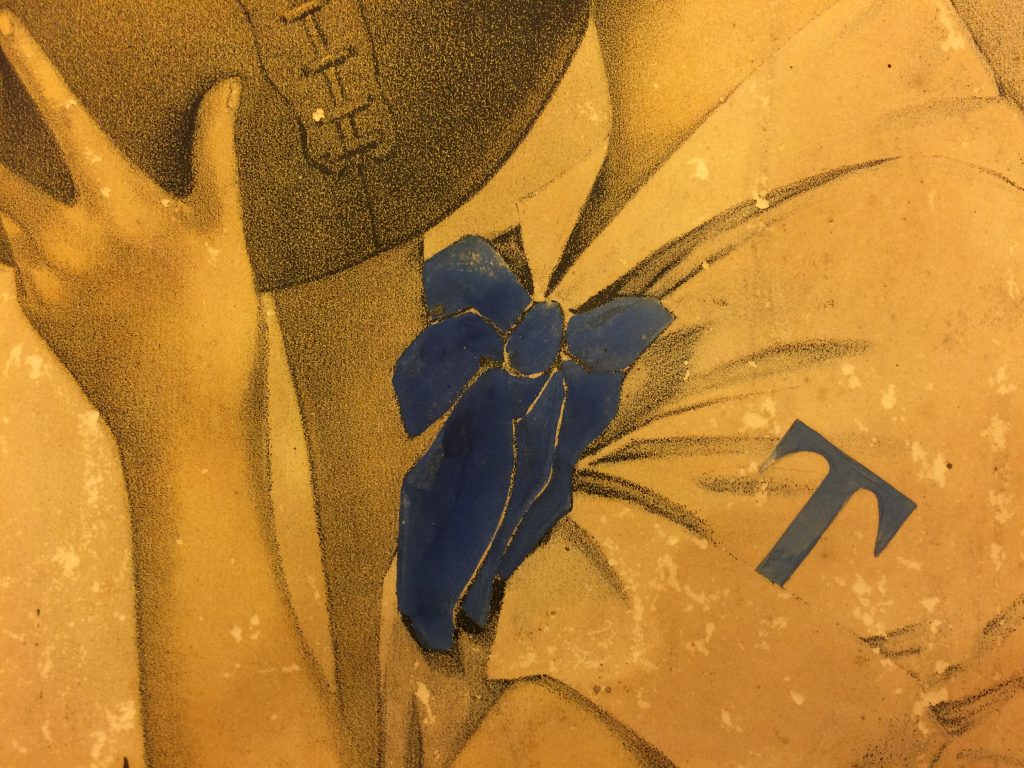 It’s hard to know what to make of this depiction. In the early 1910s, there were no “official” women’s sports teams, although they did take physical education classes. A short article in the 1912 yearbook, The Chanticleer, suggests that such a team would have been a hilarious joke in its time, resulting from “stages of acute Woman’s Suffrage, and Literary Society agitation.”  Why the accompanying photo of a group of women was taken, and why they are holding a football, is anyone’s guess. 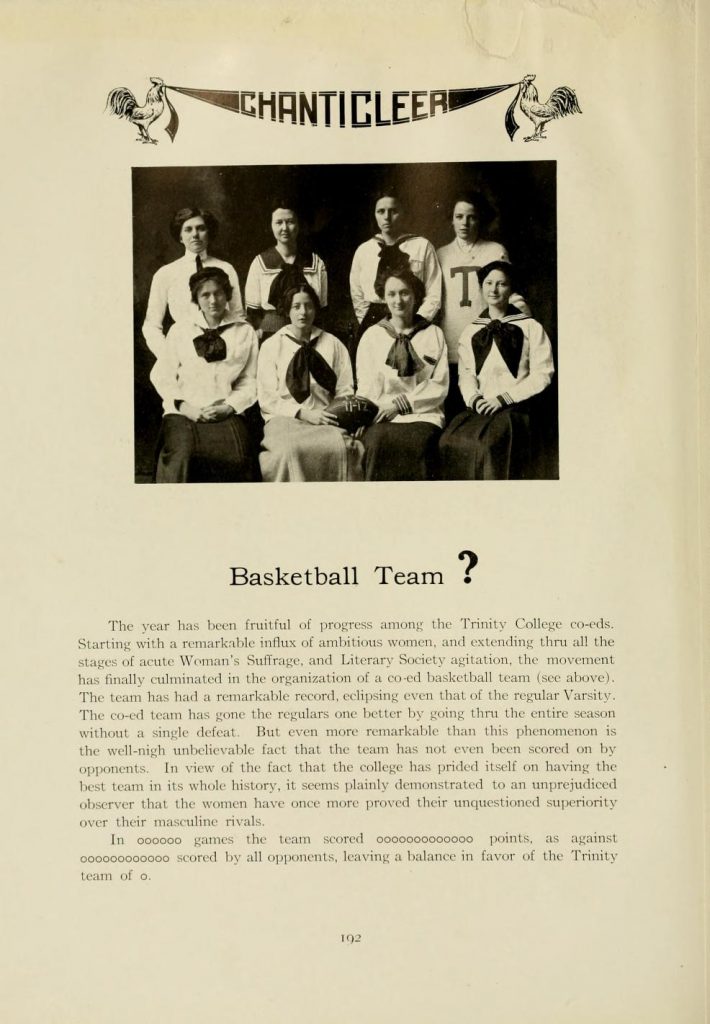 In many ways, the poster raises more questions than answers. Was there actually a women’s basketball team at Trinity then? Did Cameron and Renfro like the idea, or mock it? What did female students at the time think? And why didn’t they cut a hole in the net for the basketball to fall out? 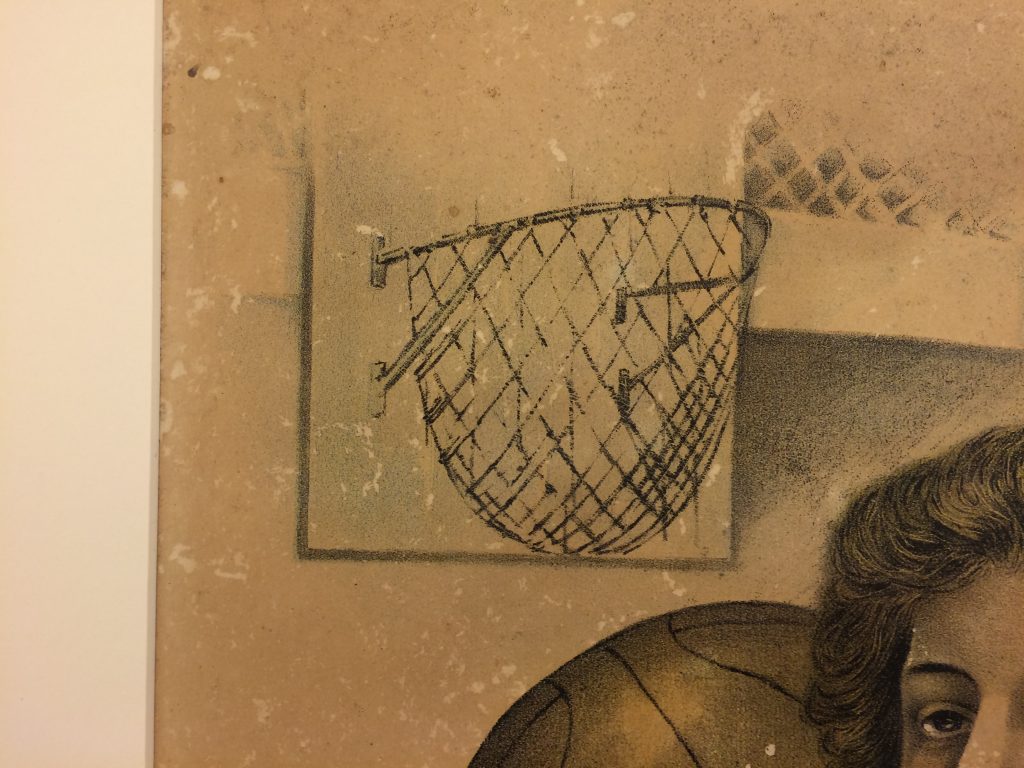 Even without knowing the answers to these questions, the poster is enchanting to us today. We hope it did reflect Trinity women’s participation in athletics, sixty years before a recognized women’s basketball team would be formed at the school. It may have been a joke in its day, but now it tells us how deep the roots of women’s athletics at Duke truly are.