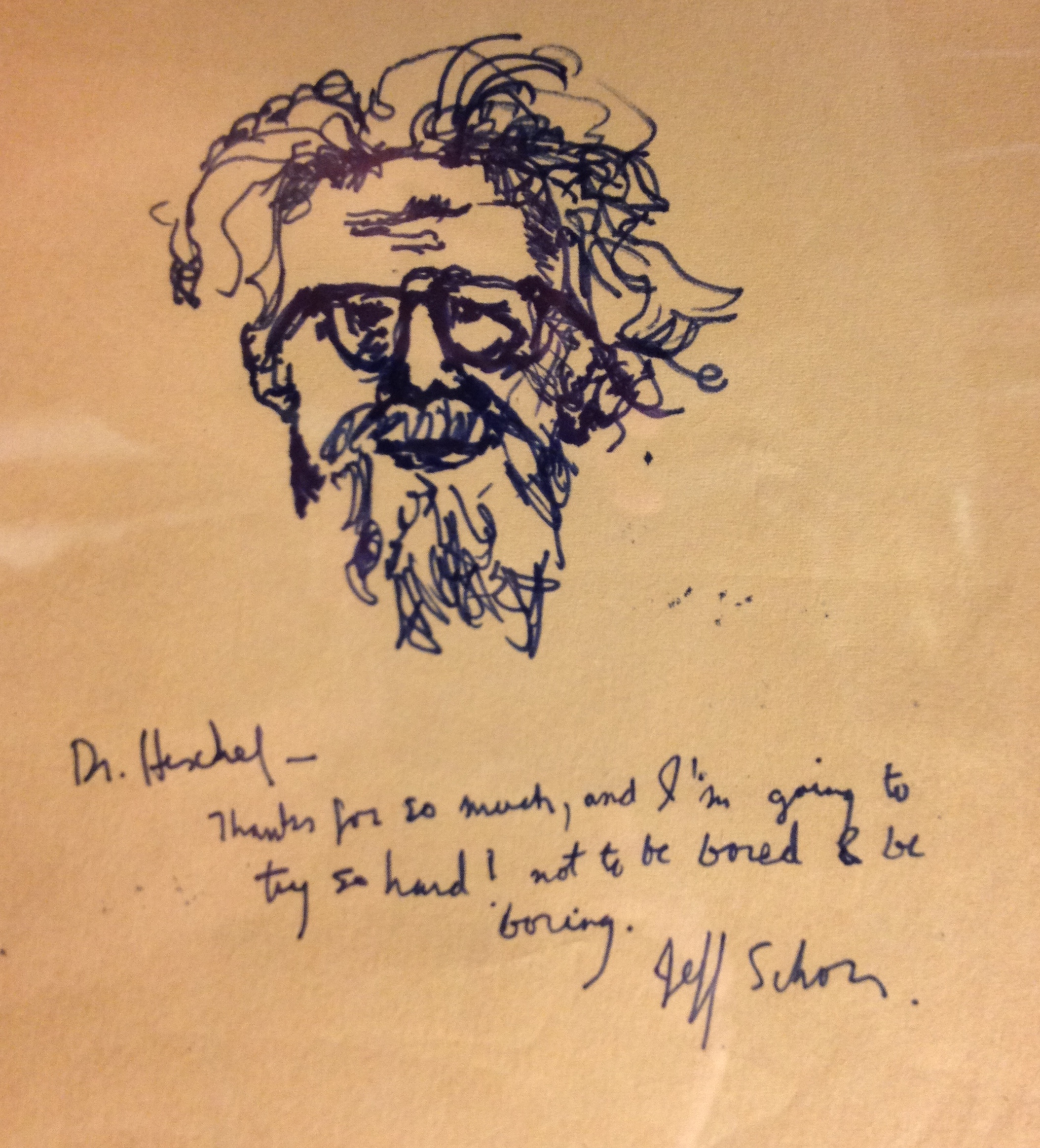 Abraham Joshua Heschel: The Voice on the Back of the Page Anyone familiar with Abraham Joshua Heschel’s English writings has encountered the distinctive cadence of his sentences. From the early book The Earth is the Lord’s (1949) to his final work A Passion for Truth (1973), one can hear and feel the rhythm that we now all find so familiar. Reliant on evocative words, on short phrases strung together mostly through suggestions, his sentences pile steadily one atop another, compelled from within as if by their own heartbeat.

Heschel saved nearly every scrap of paper on which he wrote. From napkins and hotel stationary to JTS announcements and publisher’s proofs, often what we record in the database is only the “front” of the page—what appears to us to be a paper’s final use. But the other side, the crossed out side, is often just as lively, covered in sentence fragments, Talmudic quotations, half-written letters of thanks or condolence. Often these backsides record, as if by sheer happenstance, a couple of seconds of Heschel’s mind, a brief instance when a thought, a turn of phrase, caught him amid other actions and was hastily scribbled down.

More often than not Heschel returned to these scraps, edited them, sounding after each change more rhythmically alike to the unhurried but morally tugging voice that characterize his finished prose.

Though he wrote almost without ceasing, few of Heschel’s notes reveal autobiographical awareness. “I” was not a word he employed readily. Coming upon a personal reflection can feel momentous. [“Prayer
Entering the shul
I first relinquish all I have know.
I start all over again.
And the words niggun comes —
my lips have known silence
stillness of awe
And my stillness awakes
The niggun is {a sphere} far off my mind,
and yet I am all there.
My pride fades to bit by bit.
The niggun never ends.
Abruptness is something
I have never known.
A moment never dies
A song is never is but
a beginning of {one} infinity
of echo.]

But sometimes, too, there are the pages punctuated by sadness, when the search for God recedes behind the dark memory of all that Heschel, and Judaism, has lost.