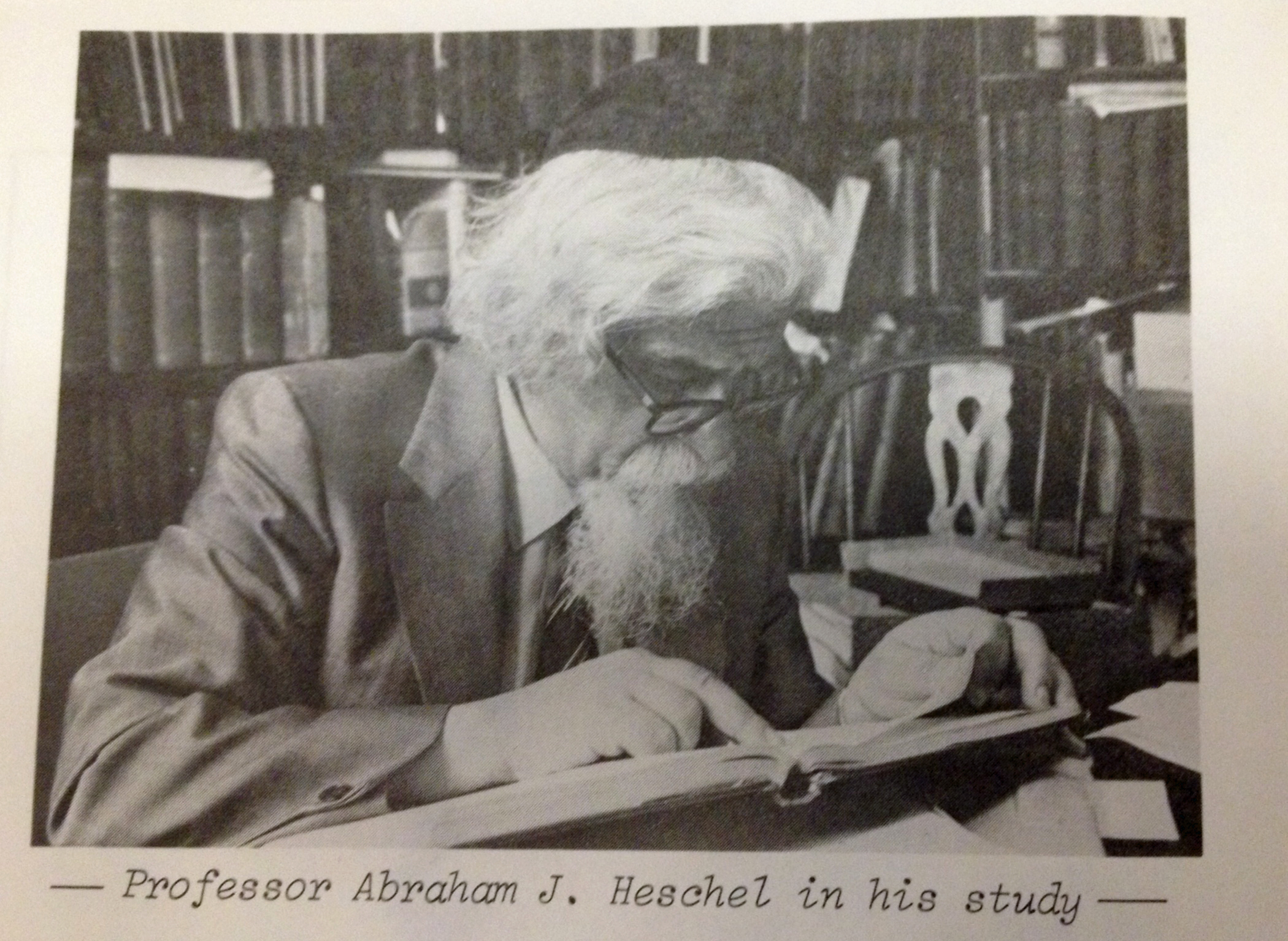 “Alas! My teacher Rabbi Professor Abraham Joshua Heschel is no more…He left this troubled world immensely enriched by his brief presence and sojourn thereon. Demanding of none but himself, Rabbi Heschel’s life was a model for others to follow.”

The Abraham Joshua Heschel papers abound with examples of Heschel’s commitment to interfaith work as well as commemorations written after Heschel’s death, and the commemoration quoted above highlights both of these aspects.  Jacob Teshima, the author of the commemoration above, was a student of Heschel’s at the Jewish Theological Seminary (JTS). He was also the son of Ikuro Teshima, founder of the Japanese Makuya (tabernacle) movement, or the Original Gospel Movement. The Makuya movement is made up of Japanese Christians who are dedicated to a return to the faith of Hebraic Christianity. This commemoration appeared in a publication of the movement, The Weekly Original Gospel. As part of his commitment to Israel and its people, Ikuro Teshima encouraged Makuya members to learn Hebrew and visit Israel. Ikuro Teshima met with many Jewish leaders in his lifetime including Martin Buber and Zvi Yehuda Kook and spread their teachings to Makuya members.

After helping his father lead the Makuya movement for a few years, Jacob Teshima traveled to New York to work towards his Doctorate of Hebrew Letters (DHL) at JTS. He studied Hasidism under Heschel at JTS and his thesis was entitled “Zen Buddhism and Hasidism: A Comparative Study.” Jacob Teshima’s commemoration reveals his deep respect for Heschel as a teacher and as a religious leader: “Ah, my Rabbi, my dear friend, Abraham Heschel, God’s spokesman in the 20th century of this Earth.”

When Jacob Teshima was learning from Heschel at JTS, Ikuro Teshima and Heschel began corresponding. According to the letters we have in the Abraham Joshua Heschel papers, Ikuro Teshima hoped to bring Heschel to Japan. On April 23, 1971, Teshima wrote that his son Jacob was “thoroughly enjoying” Heschel’s class and invited Heschel to give lectures in Tokyo and Osaka. He offered to book the round trip air-ticket and was eagerly awaiting his arrival. “Shalom from Japan!” another letter from July 22, 1971 began excitedly. The letter continued, “Our prayer is that, after your visit to Japan, you will remember Japan as your third home, perhaps dearer than America.” Besides extending these invitations to Heschel, Ikuro Teshima also translated God in Search of Man into Japanese and published his translation.

In his commemoration, Jacob Teshima included a vignette about a meeting with Heschel on December 22, 1972. Jacob quoted Heschel’s words that afternoon: “Jacob, when I regain my strength, but who knows when that will be; maybe February if I’m lucky; anyhow in May, I hope to visit Japan. I hope you’ll accompany me, Jacob. I’d like to meet your father and see the Makuya people who are so aflame with God’s love.” Unfortunately, Heschel passed away the next day and never fulfilled his wish to visit Japan. But thanks to the Makuya movement’s translation of his books and their dedication to his teachings, Heschel’s presence is alive and well in Japan.