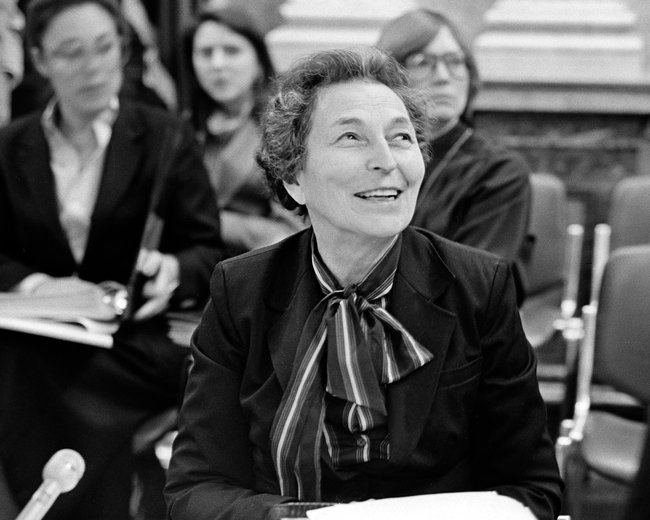 I am pleased to announce a new finding aid for one of our newest collections, the Anna Schwartz Papers. Schwartz was an economist at the National Bureau for Economic Research, and collaborated with Milton Friedman on numerous works, including A Monetary History of the United States, 1867-1960. She also served as the executive director of the United States Gold Commission from 1981 to 1982. Her papers are an exciting addition to the Rubenstein’s Economists’ Papers Project.

The vast majority of the Anna Schwartz Papers are all business: her research and subject files on banking, monetary policy, currency, and the Federal Reserve; Gold Commission materials, including correspondence with fellow commissioner Ron Paul; collaborations and correspondence between Schwartz and Milton Friedman; and numerous articles and lectures by Schwartz from throughout her 70-year career. One bit of material that shows a more personal side of Schwartz are her many datebooks, from the 1950s to 2012, which help document her appointments, schedule, and contacts over the course of her life. I also really enjoyed seeing material from her time at Barnard College in the 1930s. She seemed to constantly win honors there, including Phi Beta Kappa.

Upon Schwartz’s death earlier this year, her New York Times obituary described her as “a research economist who wrote monumental works on American financial history in collaboration with the Nobel laureate Milton Friedman while remaining largely in his shadow.” Now, with the opening of this collection, Anna Schwartz’s contributions and scholarship are finally out of the shadows, so to say, and freely available for everyone to use.