What is that “big book” on display in the lobby of Lilly Library? Its proper title is  Photographs from the Collection of the Gilman Paper Company. This book is a gift to Duke University Libraries from the Nasher Museum of Art, and will remain in Lilly through the spring semester.

With the rise of e-books and readers, one of the most uncommon and increasingly rare printed formats is the folio book, defined by one student as, “too damn large to carry.” In the days before book criteria included portability, giant books were produced to contain actual-size documents such as building plans and engravings, detailed scientific renderings and later, photography.

The “big book” on display is a modern edition of photographs from the Gilman Paper Company, New York. The firm had one of the best private collections of photographs in the world,  which was acquired by New York’s Metropolitan Museum of Art in 2005 . This magisterial book contains reprinted photographs of photographers such as Robert Frank, Diane Arbus, Fox Talbot, Eugene Atget and Edward S. Curtis.  The edition was curated by Pierre Apraxine, with plates created  by renowned photographer and printer Richard Benson (who was also the Dean of Yale School of Art), and notes contributed by photography consultant Lee Marks. This volume, printed by Stamperia Valdonega in Verona, Italy, and half-bound in leather, is the only one in North Carolina outside of the Mint Museum, Charlotte. 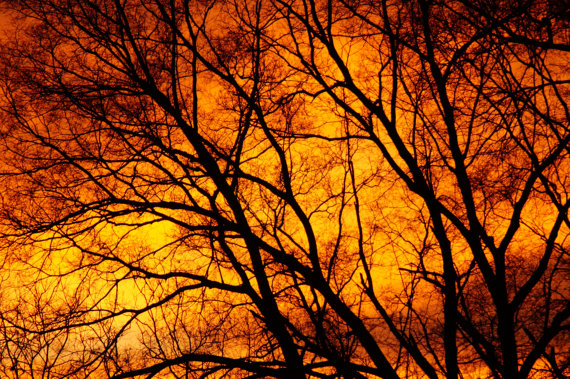 October has been declared Photography Month in North Carolina—come to Lilly Library and borrow a book or movie from our collection spotlight on photography!   In addition to the books available on our Spotlight shelf , Lilly’s focus on photography can be seen with our exhibits The f-Stops Here: Photography in North Carolina in the foyer, Duke: a Perspective – photographs by William Hanley III, and Mario Sorrenti: Draw Blood for Proof,  the “medium” rare book selected by Visual Studies Librarian Lee Sorensen.

With the advent of the smartphone and social media platforms like Instagram, photography has suffused our daily lives. You may shoot a pic of the Duke Chapel on the way to an early morning class, take a photo of your lunch at West Union, and get a snapchat vista from your friend on vacation in the mountains. If you’re obsessed with images, we’ve got you covered with this month’s Collection Spotlight at Lilly Library! Check out the wide range of photography books and films on display. Ansel Adams: 400 Photographs
Adams, whose work was recently featured in an exhibit at the North Carolina Museum of Art, was one of the most celebrated landscape photographers of the Twentieth Century, renowned for his black and white depictions of the stunning scenery of the American West. This book collects photographs from across his multi-decade career. Recommended if you’re craving a reminder of the sublime beauty of the outdoors.

Toy Stories by Gabriele Galimberti
In this unique collection, photographer Gabriele Galimberti traveled around the world photographing children and their toys, spending thirty months on the road and visiting fifty-eight different countries. These striking photographs are fun, but also illuminate the social, economic, and gender issues that surround what toys children grow up with. Recommended if you’re missing your childhood room. The Beautiful Smile by Nan Goldin
This collection, released on the occasion of Goldin’s 2007 Hasselblad Award, features intimate, diaristic photographs and portraits. Rising to fame as a member and chronicler of the LGBTQ subculture in 1980s and 1990s New York City, Goldin includes both photos from that era and newer works in this book. Recommended if you’re looking for photography that captures both the beauty and fragility of life.

Chromes: 1969-1974 by William Eggleston
One of our personal favorite photographers, Eggleston photographed “ordinary” objects and people around the South and his hometown of Memphis, Tennessee. Eggleston’s work in color helped legitimize the form in a field that was previously dominated by black and white photography. Recommended if you’re a Big Star fan and/or enjoy photos of old gas stations.

And don’t forget that Lilly has a great collection of films you can borrow.

Here are a few titles from our Video Spotlight: Photography on Film

La Jetee (1962)
Since its release in 1962, Chris Marker’s La Jetée has emerged as one of the foundational texts of postwar European cinema. With its rhythmic editing, nostalgic voiceover and parade of black-and-white images, La Jetée exercises a hypnotic effect on its viewers. This short, experimental ‘photo-roman’ stays with you long after its 29 minutes are over.

Pecker (1999)
John Waters’ film about a budding Baltimore photographer. Pecker (he got the nickname for pecking at his food as a child) photographs the mundane sights of his Baltimore neighborhood: the hamburger joint where he works, rats making love in the alley behind the diner, the oddball characters in his family, and the dancers in the local lesbian strip club.

City of God (2002)
This movie takes place in the favelas or slums of Rio de Janeiro created to isolate the poor people from the city center. They have grown into places teeming with life, color, music and excitement–and with danger. One of the characters, Rocket, obtains a stolen camera that he treasures and takes pictures from his privileged position as a kid on the streets.

Our feelings took the pictures: Open Shutters Iraq (2008)
Iraq-born Maysoon Pachachi’s film documents a project in which a group of women refugees from five cities in Iraq living in Syria learn to take photographs and present their lives to each other. Accompanying book is in Perkins Library.

Through a lens darkly: black photographers and the emergence of a people (2014)
Filmmaker Thomas Allen Harris offers what he calls a “family memoir” via historical images of African Americans initially through popular and disturbing stereotypes such as those portrayed in D.W. Griffith’s classic 1915 film Birth of a Nation to more realistic and poignant photographs. Using a series of narrative images by African American photographic artists including Anthony Barboza, Hank Willis Thomas, Lorna Simpson, and Gordon Parks, among others, Harris sheds light on a seldom-told aspect of our culture.

As you can see,  Lilly Library offers a wide range of books and film about the art, science and history of photography which we hope you will enjoy. 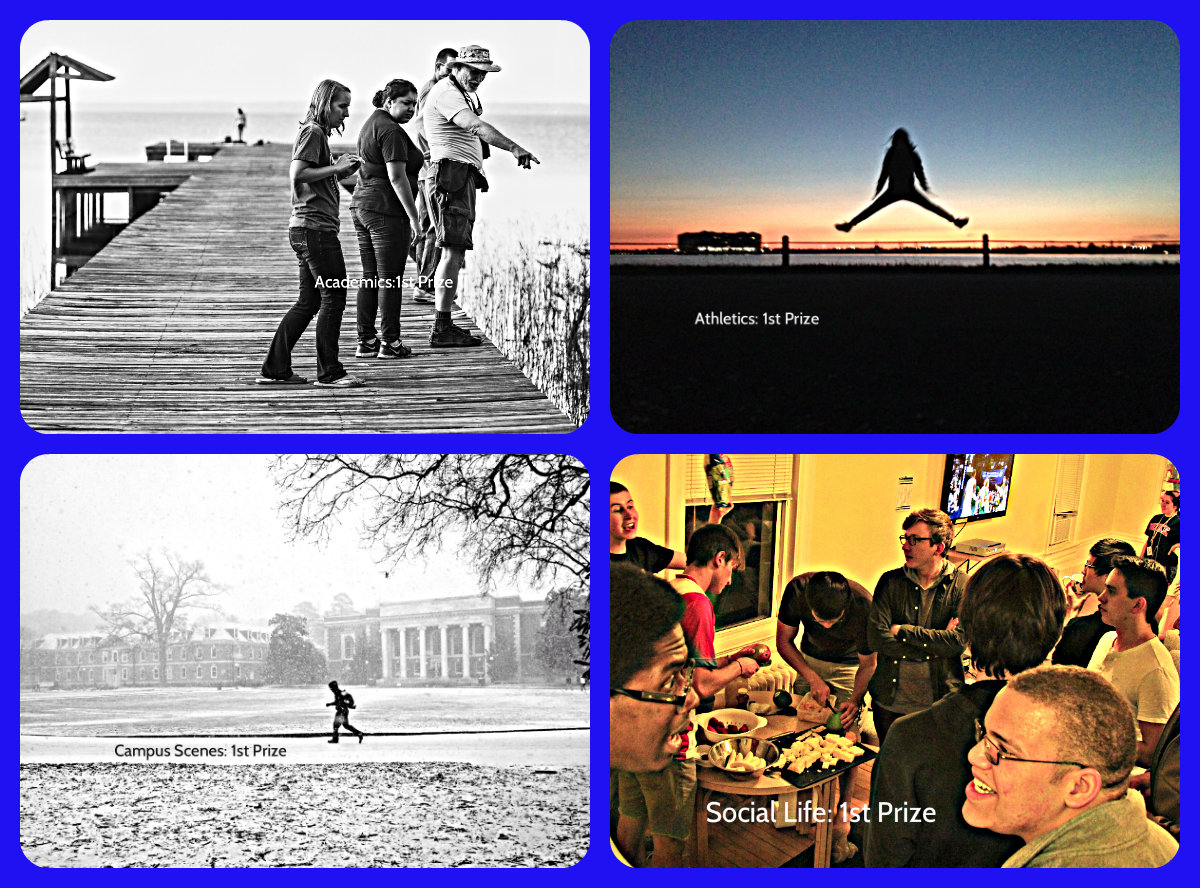 We are pleased to announce the winners of this spring’s Student Photography Contest sponsored by Lilly Library and the Duke University Archives.  Congratulations and many thanks to all the student contestants; we are pleased and overwhelmed by all the great photos.  If you can’t make it into Lilly Library to view the winning photos on display, all the entries may be viewed on the Duke Libraries Photo Contest Flickr page.

All the students who contributed their contemporary perspective of past Duke scenes illustrate that campus life and student life remain constant over the years. We hope you’ll enjoy them as much as we do.

Currently on exhibit at Lilly Library:
The winning photos are on display in Lilly’s lobby through May, and will be installed in Lilly Room 05 during summer 2014.

Duke students are invited to celebrate the 175th anniversary of Duke University’s origins and win cash prizes at the same time!  Explore and emulate the rich images of Duke’s past found in photos from University Archives and then reinterpret them with your own contemporary vision. Categories include Academics, Athletics, Campus Scenes and Social Life.

What you need to know:

All contestants are invited to the Awards Ceremony on April 8, 2014 in the Thomas Room in Lilly Library. Winners will be announced and their photographs will be displayed in Lilly Library this spring. 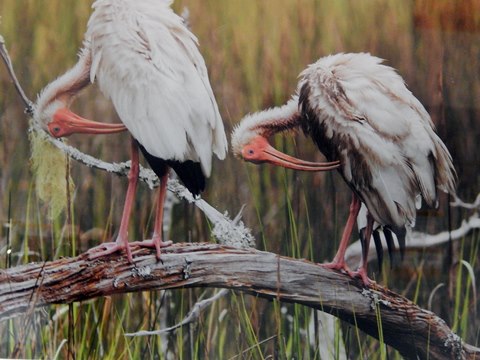 Experience Nature: Up Close and Personal – a Photography Exhibit in Lilly Library

Spring Semester is a misleading term, as it actually begins in January when the cold and barren landscapes of winter abound.

Lilly Library presents an exhibit of photographs to transport you to warmer times and places. Award-winning wildlife and nature photographer Kim Hawks focuses on shore birds, landscapes, and for those who enjoy the beauty of flowers such as those in Duke Gardens, extremely detailed macro plant portraits.

Come hear a talk by photographer Jennette Williams, whose exhibit of platinum prints of women in baths in Budapest and Istanbul is on display in the Perkins photography gallery through 13 December.