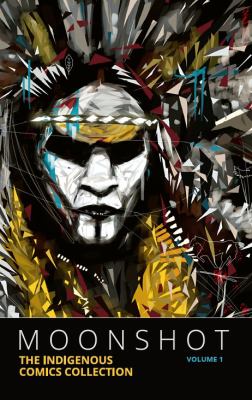 Lilly Library’s exhibit Native Americans in North Carolina: the Path from the Past to the Present focuses on Library resources about Native American history in our state. If our resources pique your interest, a deeper look into Lilly’s collections unearths the creative breadth of indigenous peoples throughout North America. Books on Native American art, novels by Native Americans, memoirs of native experiences, as well as films and documentaries are available on display in the Lilly lobby.  A few of the more than fifty  Native Voices Active Voices titles in the spotlight are featured below:

Moonshot: the Indigenous comics collection
This collection of comic book stories showcase the rich heritage and identity of indigenous storytelling. From traditional stories to exciting new visions of the future, this series presents some of the finest comic book and graphic novel work on the continent.

Adjusting the Lens
Powerful case studies address the ways that the historical photographic record of Indigenous peoples was shaped by colonial practices, and explore how this legacy is being confronted by Indigenous art activism and contemporary renegotiations of the past. Contributors to this collection analyze the photographic practices and heritage of communities from North America, Europe, and Australia

The Longest Trail: Writings on American Indian History, Culture, and Politics
Author Alvin Josephy Jr.’s groundbreaking, popular books and essays advocated for a fair historical assessment of Native Americans, and set the course for modern Native American studies.
This collection, which includes magazine articles, speeches, a white paper, and introductions and chapters of books, gives a generous and reasoned view of five hundred years of Indian history in North America from first settlements in the East to the long trek of the Nez Perce Indians in the Northwest.

Winter in the Blood
“Virgil First Raise wakes in a ditch on the hardscrabble plains of Montana. He stumbles home to his ranch on the reservation only to learn that his wife, Agnes, has left him. Worse, she’s stolen his beloved rifle. Virgil sets out to find her, beginning an odyssey of inebriated intrigues with a mysterious “Airplane Man,” a beautiful barmaid, and two dangerous men in suits. This quixotic, modern-day vision quest moves Virgil ever closer to oblivion–until he discovers a long-hidden truth about his identity. But is it too late?”

Dance Me Outside
When the Kidabanessee Reservation in northern Ontario is shocked by a brutal murder of one of the residents, four teenagers find their friendships put to the ultimate test. The struggle to become men and women becomes entangled with a fight for justice as they find their friendships and romances maturing into something unexpected.

Mankiller : Activist, Feminist, Cherokee Chief
Wilma Mankiller is someone who humbly defied the odds to fight injustice and give a voice to the voiceless. She overcame rampant sexism and personal challenges to emerge as the Cherokee Nation’s first female Principal Chief in 1985. This documentary examines the legacy of the formidable Wilma Mankiller.

The Lilly Library Collection Spotlight Native Voices shines through February. Interested in the full list of titles? Check them out in Lilly’s Book and Films in Spotlight 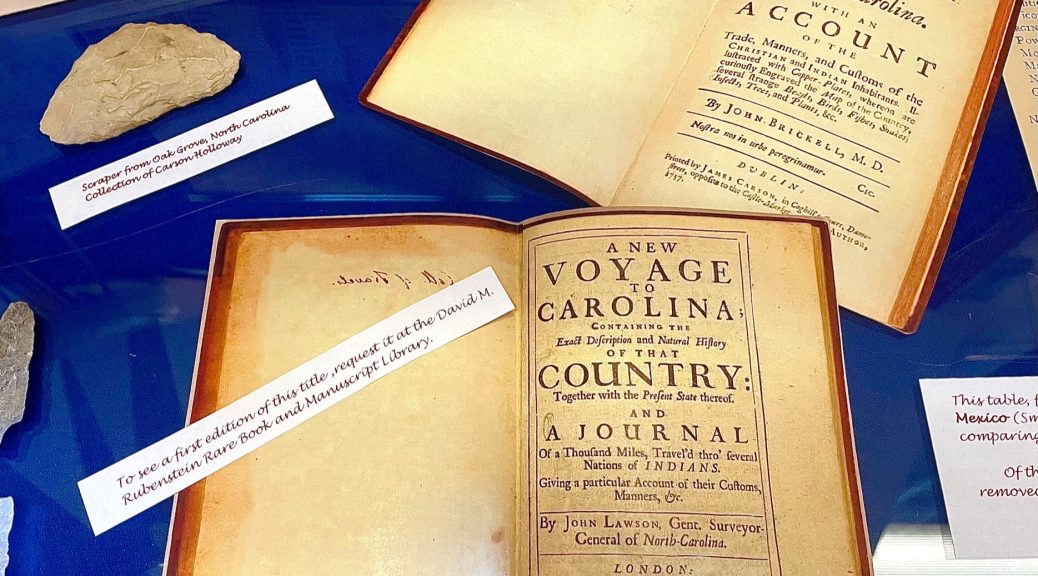 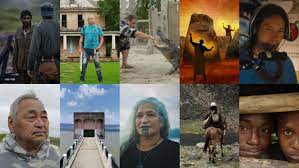