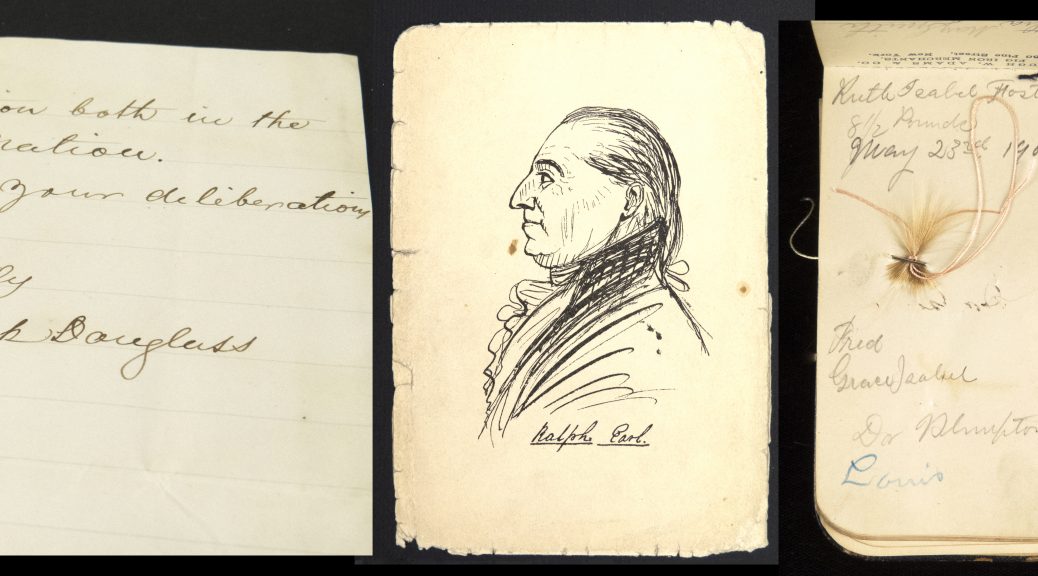 On March 20, 2020, the Duke University Libraries were closed related to the COVID-19 pandemic.  Surrounded by a great deal of uncertainty as to when the Libraries would reopen, most library staff were sent home to work for the next months from home.  During this time, the Digital Production Center’s employees followed suit and, as part of that time away from the DPC, completed post-processing of images, image quality control, participated in project planning and wrote blogs on the closing of the Libraries, labor in the time of the coronavirus, and the history of videotelephony.  Following the end of the North Carolina Stay-at-Home order on April 29, discussions began in earnest about what the new reality would be for the Libraries.  It was determined that the DPC’s unique skill set was needed on site sooner rather than later, and so on June 26, we returned to Duke’s campus as “essential workers.” Upon our return, we needed to make sure that our equipment was sanitized and in good working order.  Along with testing our scanner and cameras, we also recalibrated our monitors to ensure color accuracy and established our new workflow. It was determined that our efforts were most needed to prepare for Duke’s fall instruction materials.  With the uncertainty as to whether or not classes would be held in person or virtually, preparing digital materials to work with was prioritized.  So, we shifted from our normal project work to focus solely on digitization of these materials.  Each digitization specialist was asked to be onsite for 3 days a week to maximize use of our capture equipment.  The remaining two days of the week would be spent working from home to do quality control work on the images as well as various administrative tasks.  We had a plan; our remit was clear and we were working towards a goal.

On August 17, classes began for Duke University and our images began being used as part of instruction materials.  Duke University Library’s digitized images helped bridge the gap between the currently inaccessible library collections that Duke faculty and students normally rely on for coursework and the Fall 2020 students.

Thinking about the change in use and accessibility for collection materials leads to an interesting question:  With the lockdown which happened for most of the US, did digital collections receive more visits as people were restricted from leaving home and libraries were closed?  A quick glance at the Google Analytics for the Duke Digital Collections shows a 34% increase of unique page views from April 1-June 30 of this year as compared to the same time period in 2019.  While it is impossible to state definitively why the increase occurred, the pandemic is very likely a contributing factor.  Digital collections are arguably valuable assets for any institution which supports them.  They provide easy access to rarely seen or inaccessible materials and they have the potential to incite curiosity in the larger institutional holdings.  It is indeed interesting to consider what types of innovative scholarship and creative use of digital content may result from the pandemic’s “forced” use of digital collections over the next twelve months.

Of course, the rapid onset of the COVID-19 pandemic illuminated the need for alternative ways of operating.  At least temporarily, it has changed the way in which the Duke University Libraries are conducting business as usual these days.  And, in July of this year, Research Libraries UK published a document entitled “COVID19 and the Digital Shift in Action.”  This document reports on the effect of the pandemic on UK research libraries and suggests strategies for emphasis and support of the digital aspects of libraries as well as the need for change and flexibility within library collections.  Digital collections, e-books, e-textbooks, and digital content had their moment to shine during the pandemic and they have proven their value and importance.

And with the potential increased reliance on digitized material, many cultural heritage digitization specialists are now back on site in libraries, museums and archives, working to provide their expertise to add to existing digital collections.  Naturally, at the Duke Digital Production Center, we have been asked a number of times since our return if we are nervous about being back in our studio space.  Of course, we are, but we also recognize how our skills and contributions continue to create value for Duke University and Duke University Libraries. Located amongst agricultural fields, grazing cattle and goats, the quiet town of Boğazkale watches time pass.  It is a small town in the Black Sea region of Turkey, only about 1300 people live here.  You are more likely to encounter a tractor than a car and you get the sense that everyone knows everyone else.  If you walk about half a kilometer outside of this sleepy community, you will encounter the equally serene-looking archaeological site of Hattusa.  Although now abandoned, at its peak in the 14th century BC, Hattusa was a capital and home to nearly 50,000 Hittites.

Much of what is known about the Hittites is drawn from their own writings, or from later copies of their writings.  The Hittites have been described by some sources as warlike; they utilized chariots and steadily increased their kingdom.  They worked iron and had a fair amount of courtly intrigue.  Perhaps most importantly, the Hittites were literate, employing an Indo-European language with an Akkadian script.

Around 1177 BC, Hattusa fell as one of many victims of the Late Bronze Age Collapse.  There is archaeological evidence for extensive burning at the site and the written records at Hattusa stop.  It appears as though the site was gradually abandoned over time and never successfully reoccupied.  That turned out to be a stroke of luck because a German archaeological dig in the early 20th century (re)discovered the so-called Bogazköy Archive, which was determined initially to be a largely intact royal archive.  Thanks to more research and the decipherment of the Hittite language in 1915, it seems more likely that this assemblage of 30,000 cuneiform tablets is actually a library.  This is based largely on the argument that some of the tablets have colophons that provide an order hierarchy for multi-part works and the collection includes basic descriptive inventory lists of the tablets, instituting an early type of collection management.

It’s impossible to answer such questions, since we have no surviving first-person accounts from this event.  However, we can consider a current analogy and while it’s not a perfect correspondence, it may provide some emotional experiential equivalence.

With the advent of the 2019-2020 coronavirus pandemic, many universities and cultural heritage institutions were faced with the difficult challenge of abiding by official orders, trying to keep their faculty and staff safe and healthy, and attempting to continue with business as usual.  At Duke University Libraries, the decision-making process began publicly at the beginning of March 2020.  It started with one email, a few days’ pause, and then another email and the information about how the Libraries would ultimately face the pandemic trickled in.  Eventually, it became one or more emails everyday with updates.  The Libraries scaled back opening times and access to staff and eventually made the onerous decision to close the Libraries on March 20, 2020.

The last week that the Libraries were open, staff were encouraged to begin setting up to work from home and to come up with ideas of what work could be done remotely.  Colleagues began making the transition from being in the Library to being at home.  In the Digital Production Center (DPC), our small workgroup of 4 individuals slowly began to dwindle as one-by-one co-workers began working from home.

So, what did the DPC do to get ready for the Libraries’ closure?  Our primary remit as a department is to produce digital surrogates of Duke’s collection items both for online use and for library patrons.  So, we worked hard to get items digitized for online class use, patrons and online collections.  It was a race against time because we knew that whatever we didn’t have imaged by Friday at 5pm would have to wait.  And for online courses that were counting on the material, waiting wasn’t an option.  Normally, the DPC holds materials that we are working with in our vault.  However, with the Library closing down, those items needed to be secured in the David M. Rubenstein Rare Book and Manuscript Library.  We took several carts full of materials back for safe keeping, with the idea that we would retrieve them when the Libraries reopen.

As the number of staff physically onsite in the Library began to diminish, I started saying goodbye to more people than hello.  With every farewell, there was uncertainty:  When will we see each other again?  The Library became a truly quiet place.  Gone were the patrons and students, replaced by empty seats and a deafening silence.  Colleagues that I would normally pass in the Library several times a week suddenly began showing up on my computer screen for Zoom meetings.

On the final day that the Libraries were open to staff, the last batch of materials was returned to the Rubenstein Library for safekeeping and the Libraries themselves had transformed into very different, very empty spaces.  While the circumstances are certainly not the same as they were for the Hittites, there was a sense of uncertainty.  I’d like to believe that I was more assured of my return to the Library than that last scribe or keeper.

As I left Perkins Library, I paused in the doorway and looked back over my shoulder.  I didn’t know when I might be back.  I turned and exited into the warm Spring day on an empty Duke campus, and just like the last scribe or keeper, I was stepping into an unfamiliar future.

Although as of March 27, 2020,  Duke University Libraries are currently closed, the Libraries anticipate reopening as soon as it is safe and prudent to do so.  In the meantime, you can find a list of services still available during this closure here.

Roaf, Michael. Cultural Atlas of Mesopotamia and the Ancient Near East.  Facts on File, 1990.

Cline, Eric H.  1177 BC: The Year Civilization Collapsed.  Princeton University Press, 2014.  An overview of the Late Bronze Age Collapse, with thanks to the author for his suggestion.