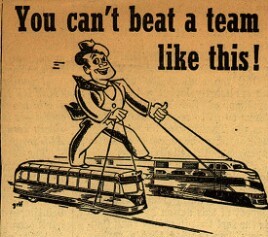 Over the last year and a half, we’ve blogged quite a bit about our exploration of multispectral imaging (MSI) here at Duke Libraries. We’ve written about the hardware and software that we acquired in 2016 and about our collaboration and training to help us learn how to use this new equipment. We’ve shared examples from our experiments with MSI on various material and ink types and talked about how MSI can help inform conservation treatment and help uncover faded or hidden text.

Periodically, we’ve also mentioned our Duke MSI group. This group is a cross-departmental team of individuals that each bring to the table critical expertise to ensure that our MSI projects run smoothly and effectively. This past year, our team has created various best practices and workflows, tackled equipment and software hurdles, determined current resource capacity, imaged a number of materials from Duke’s collections, and documented data modeling scenarios. We’re really excited about and proud of the work that we’ve accomplished together. Many times, though, we’ve talked about how helpful it would be to talk with other institutions that are doing MSI, particularly cultural heritage institutions and academic libraries, in order to learn how they develop their skills and organize their services. Luckily, the University of Manchester, an institution that has the same MSI system as ours, expressed interest in collaborating with us to our shared vendor R. B. Toth Associates. We had a very informative conference call with them in May 2017, during which we discussed their program, services, and technical details. We also shared documentation after the call, which has helped us refine our project request procedures and our deliverables that we provide to the requesters at the end of projects.

Since that collaboration proved so beneficial, we thought it would be helpful to reach out to other institutions that undertake MSI projects. Though it is difficult to determine exact numbers online, it is clear that very few cultural heritage organizations and academic libraries host their own MSI system. Therefore, we teamed up with R. B. Toth Associates again to determine what other institutions they’d worked with that may be interested in collaborating. They shared six institutions worldwide, and we created a brief online survey about the topics that we’d discussed with the University of Manchester, which included organization and staffing, time devoted to MSI, prioritization, project deliverables, and data modeling and access. Five of the six institutions thought that the survey applied to their current MSI setup and therefore completed the survey, and all six expressed some level of interest in future collaboration. The institutions that completed the survey are the Library of Congress, the Museums of New Mexico-Conservation, the University of Pennsylvania Libraries, KU Leuven Libraries, and the University of Copenhagen.

Out of the institutions that we’ve spoken with or surveyed (six in total, including the University of Manchester), we can determine that three have permanent MSI systems (the Library of Congress, the Museums of New Mexico, and University of Manchester). One institution’s survey results were unclear about owning its own system, and the other two institutions noted that they use MSI systems on an ad-hoc, project by project basis. One of those institutions indicated that they are in the initial stages of considering the purchase of a permanent system, and the institution that declined taking the survey stated that it was because they did not own their own system due to costs. Some institutions charge a fee for MSI projects, while others don’t. One institution that currently does not charge expressed interest in creating a cost recovery model.

In terms of the institutions that own a permanent MSI system, the Library of Congress is the only that has one full time employee devoted solely to MSI. The Museums of New Mexico have one employee that serves as the main PI for MSI, though the entire Conservation department is trained on the equipment and software. Their department devotes approximately 20 hours per week to MSI depending on the project. The University of Manchester has two imagers that devote one day per month to imaging, and process intermittently. The other institutions without permanent systems use a combination of trained staff, scholars, imaging scientists, object handlers and conservators, metadata and data managers, imaging technicians, and project managers based on specific project needs.

It appears that most institutions image their own collections for MSI projects, though one respondent indicated that they also partner with other conservation institutions for their research needs. Prioritization processes for MSI projects vary institution to institution. The Library of Congress is the exception, because that department solely does MSI projects, and therefore requests do not need to be prioritized with other digitization requests. The Museums of New Mexico prioritize on a first come, first serve basis, as long as the project is a good fit for MSI. The University of Manchester also has a pre-project process with conservation staff to determine if the project is a good fit for MSI. KU Leuven Libraries prioritizes based on scope, indicating the priority is documentary heritage with a strong focus on illuminated manuscripts, but will service other research if time permits. Additional prioritization strategies include availability of trained staff and scholars.

The institutions have similar goals for MSI projects based on whether a project is internal (for conservation or acquisition purposes) or external (research requested). These include pure documentation, establishing a condition baseline, forensic examination and reconstruction, pre-purchase examination, collecting spectral responses for preservation, revealing undertext for transcription, and revealing undertext for text identification.

Deliverables and preservation copies vary by institution as well. Three of the institutions always include some type of a report with the files. KU Leuven provides multiple reports, including a technical report about infrastructure, an analysis report, and an imaging methodology. Two of the institutions provide the raw and processed images, two provide only the processed images (as jpegs or tiffs), and two state that the deliverables vary based on project. The University of Pennsylvania is the only institution that noted that it provides metadata, which often include transcriptions or descriptive and structural metadata and is packaged in a preservation-ready package. One respondent replied that they retain raw data offline, but place processed captures into a digital asset management system (presumably for online access), and another noted that some projects have arranged preservation of their data packages through third parties that offer dark or accessible digital repositories. Every institution retains some or all of their MSI data internally.

This is just a brief summary of what we learned through this process—we were lucky to receive a lot of data and comments! We are very pleased with and thankful for their willingness to share. As noted earlier, all have expressed an interest in some level of future collaboration, so we’re hopeful to build a network of institutions that can provide feedback and advice to one another for future MSI needs. To all of our fellow MSI institutions, we thank you again for your participation! Please let me know if I misrepresented any of your information. We received a lot of great qualitative responses, and though I did my best to communicate those correctly, I may have misunderstood some responses.