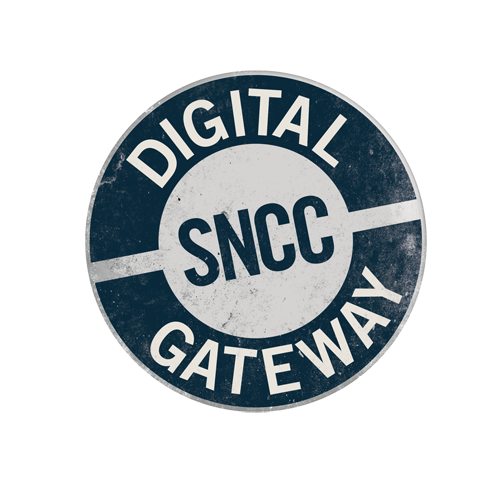 A new documentary website: SNCC Digital Gateway: Learn from the Past, Organize for the Future, Make Democracy Work (https://snccdigital.org) debuted on Tuesday, December 13th. It is the product of collaboration between the Student Nonviolent Coordinating Committee (SNCC) Legacy Project, Duke’s Center for Documentary Studies, and Duke Libraries. SNCC, which grew out of the student sit-in movement in 1960, was brought into being by Ella Baker, one of the 20th century’s most influential activists. Tuesday would have been her 113th birthday.

Made possible by the generous support of The Andrew W. Mellon Foundation, the SNCC Digital Gateway tells the story of how young activists in SNCC united with local people in the Deep South to build a grassroots movement for change that empowered the Black community and transformed the nation.

Using documentary footage, audio recordings, photographs, and documents, the site portrays how SNCC organizers, alongside thousands of local Black residents, worked so that Black people could take control of their lives. It unveils the inner workings of SNCC as an organization, examining how it coordinated sit-ins and freedom schools, voter registration and economic cooperatives, anti-draft protests and international solidarity struggles.

In 2013, the SNCC Legacy Project (SLP) and Duke University formed a partnership to chronicle the historic struggles for voting rights and to develop ongoing programs that contribute to a more civil and inclusive democracy in the 21st century. 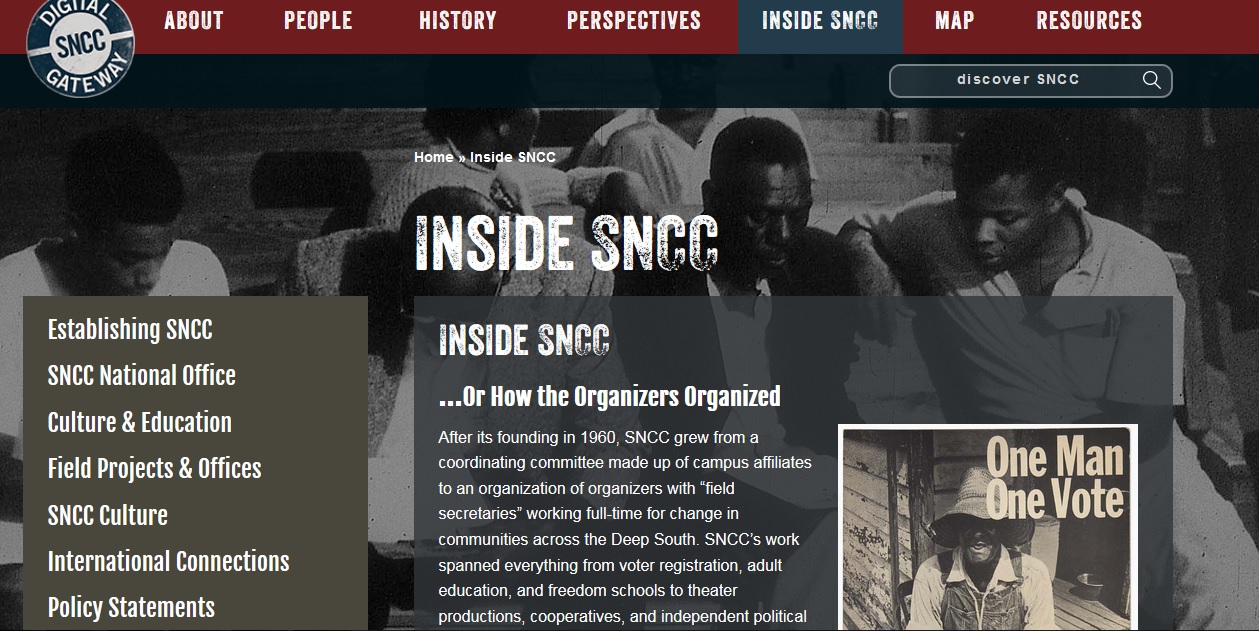 SNCC veterans shaped the vision and framework of the SNCC Digital Gateway. They worked collaboratively with historians of the Movement, archivists, and students to weave together grassroots stories, digitized primary source materials, and new multi-media productions to bring this history—and its enduring legacy—to life for a new generation.

The SNCC Digital Gateway is a work in progress. We will continue to add more stories and fill out its content in the year to come.

The story of the Movement told on this website is one of unsung heroes: domestic workers and sharecroppers, young organizers and seasoned mentors, World War II veterans and high school students. The SNCC Digital Gateway is here to share their story—and to help continue their legacy of organizing for self-determination and democracy in the generations to come. We feel certain that the site not only provides an unprecedented and valuable window onto past civil rights struggles, but a valuable tool for all those interested in social change today.