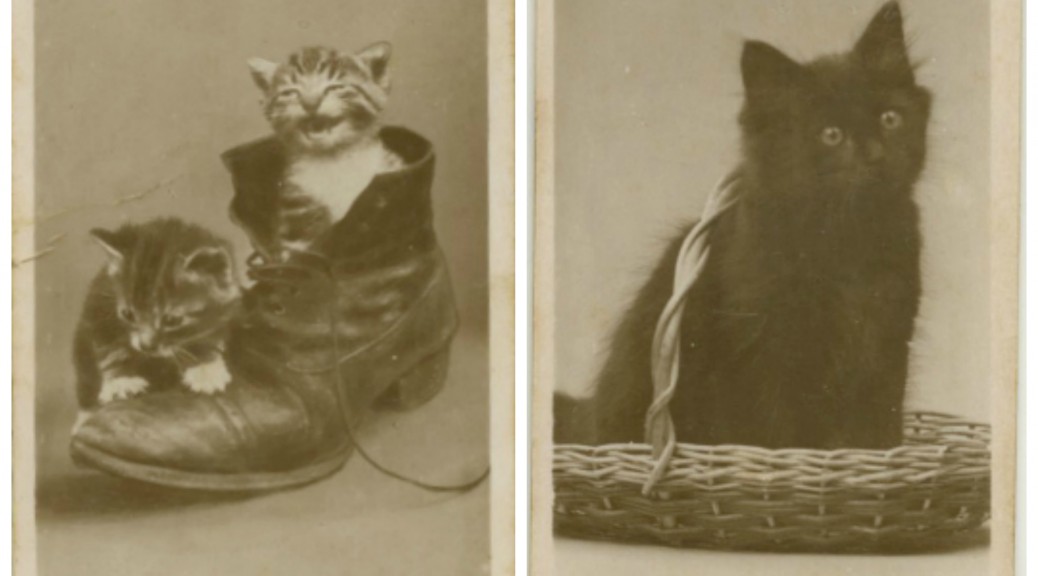 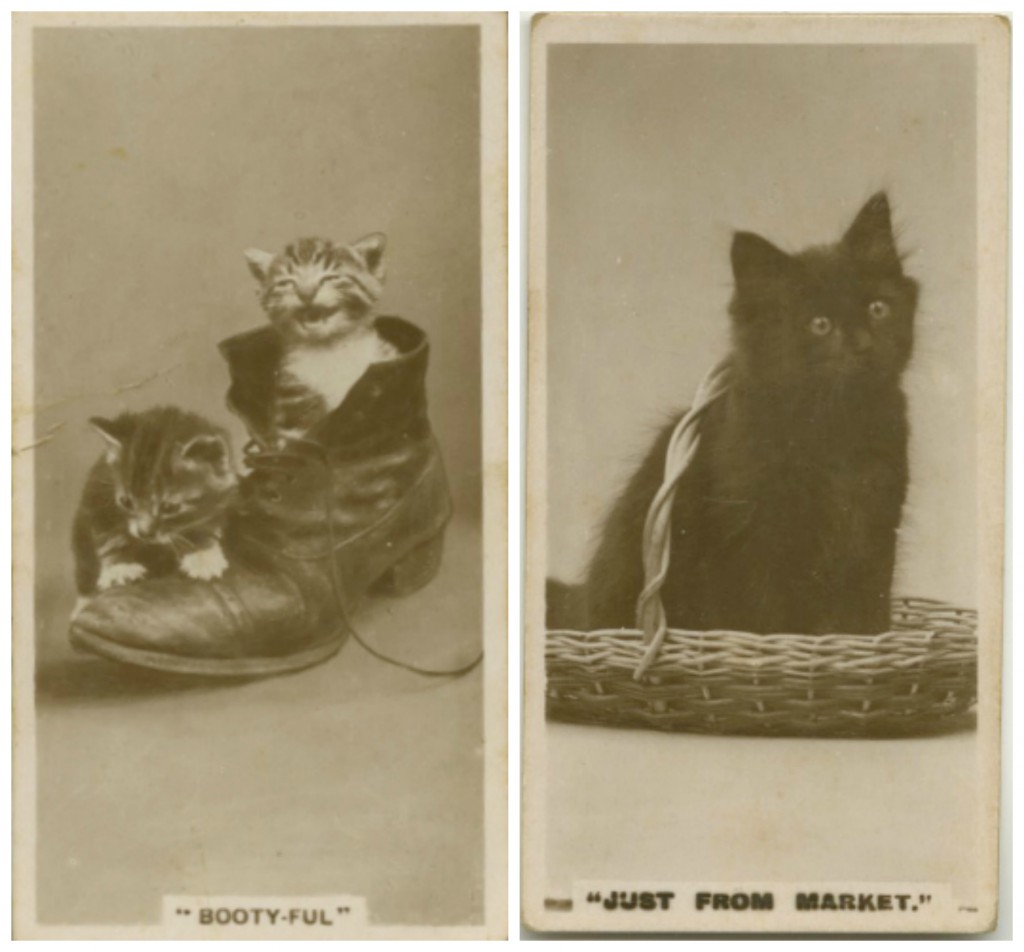 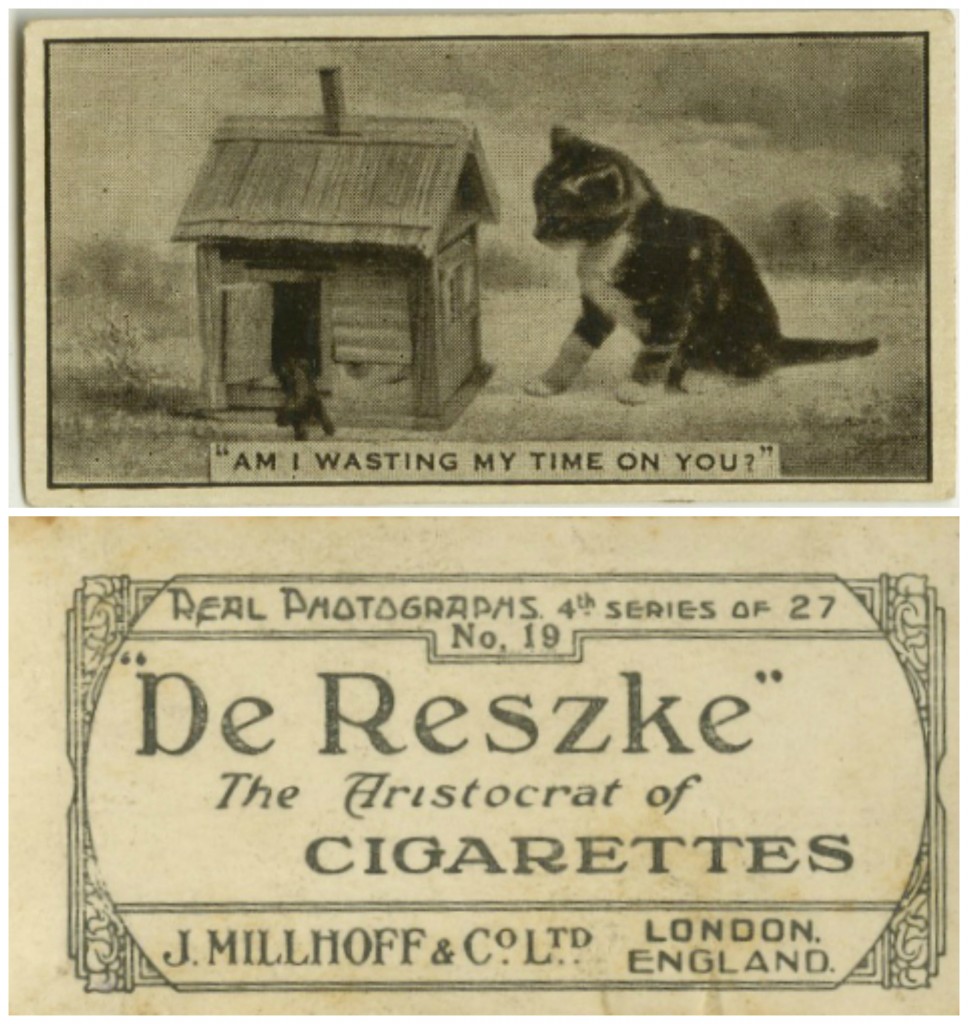 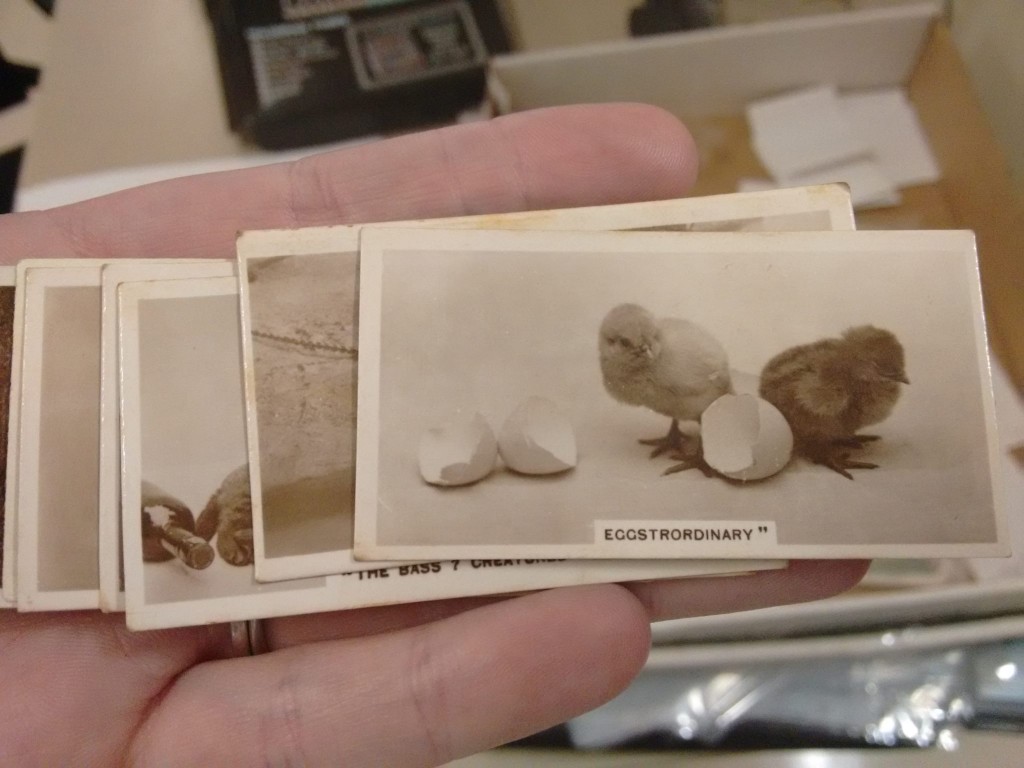 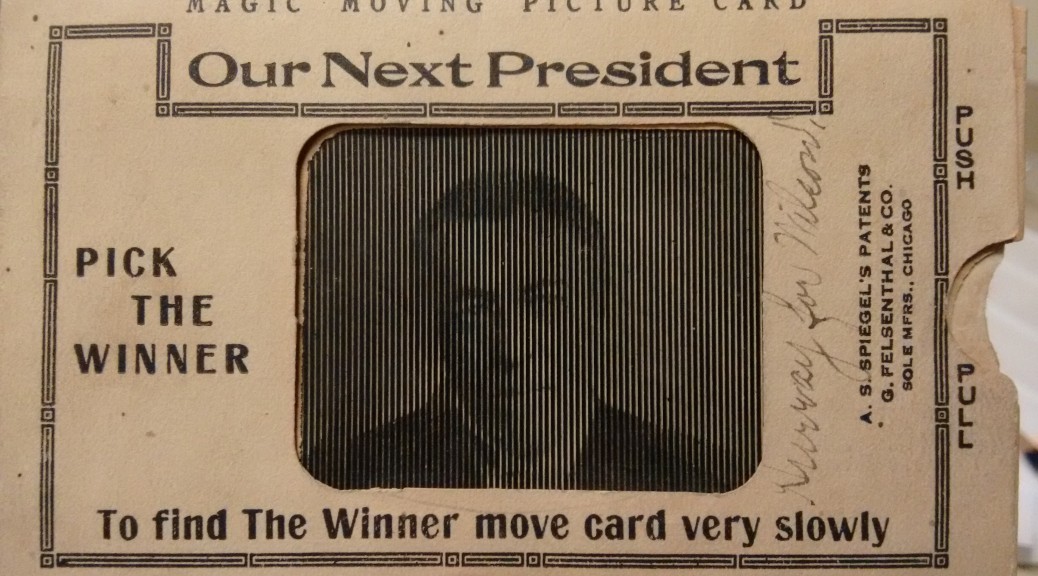 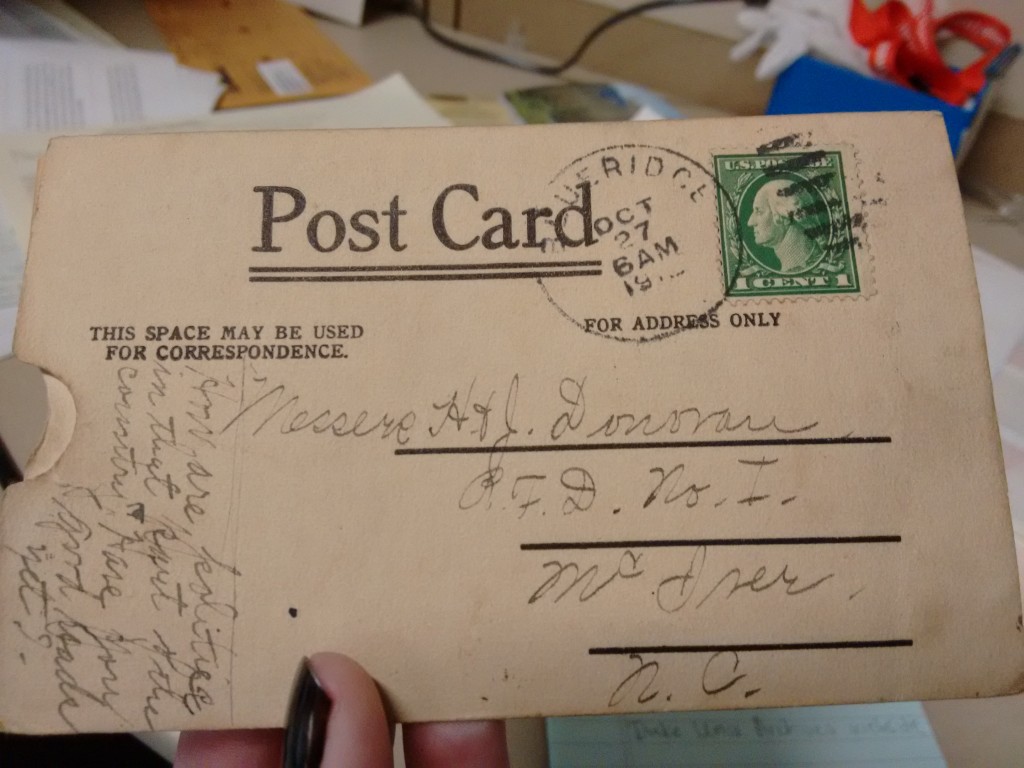 (Postcard from our Postcard Collection.) A wooden postcard (ca. 1910) from our Postcard Collection.
Happy Thanksgiving, everyone!
(Click images to enlarge.)

(This wonderful 1918 postcard is one of approximately 65,000 postcards in our Postcard Collection.)

This past Saturday was the deadline for applications to Duke University’s undergraduate class of 2014. We thought we’d mark the occasion with a look back at a time before Scantrons and SAT prep courses, when students seeking admission to Trinity College (the forerunner of Duke University) might be asked to take a rather perilous entrance examination.

Administered to students without records of study from approved schools, the results of the examination determined which curriculum and class the student would join. The Annual Catalogue of Trinity College for the 1900-1901 school year presented prospective students with “Specimen Entrance Examination Questions” to help them prepare for the July examinations. Here they are, slightly edited for length.

Let us know how you do. We’ll be in the stacks, reading up on Silas Marner and the Battle of Buena Vista.

History.
1. Describe the English explorations in North America.
2. Say what you can about the career of Capt. John Smith in America.
3. Compare the life of the Southern and the Northern Colonies.
4. Discuss the Navigation Laws.
5. What were the policies of Hamilton, Jefferson, and Calhoun?
6. Describe the battles of Saratoga, New Orleans, Buena Vista, and Gettysburg.
7. Who were Lycurgus, Plato, Cicero, and Solon?
8. Give outline of the Persian wars against Greece.
9. Say what you can about the Reformation.
10. What part did England take in the Wars against Napoleon?

English.
I. Decline it, who, goose, man-servant, heir-at-law.

II. Indicate possession in the following expressions by means of the possessive case instead of the phrase:
1. The armies of Lee and Grant.
2. The army of neither Lee nor Grant.
3. The property of Mr. Brown, book-seller and publisher.

III. Discuss all errors in the following:
1. This is his most favorite expression.
2. He is wiser than all men of his age.
3. He walked as if he was flying.
4. I wish I was in New York.
5. He promises to earnestly try and do better.
6. You feared you would miss the train.

V. Questions on the Required Reading:
1. What part do the Witches play in Macbeth?
2. Give an account of the Banquet scene.
3. Write a paragraph on the character of Macduff.
4. Comment on the following words in Macbeth: Obscene bird, benison, addition, seeling night, speculation, surcease, a modern ecstacy.
5. Give the story of Comus.
6. What authors are mentioned in L’Allegro and Il Penseroso? What landscapes are described?
7. Comment on the following expressions in Milton’s Minor Poems:

8. What does Macaulay say of the Puritans in his essay on Milton?
9. What reasons does Burke give for the love of liberty in America?

VI. Devote an hour to writing a paper on one of the following subjects, making special effort to give the story accurately, and to express it correctly as to spelling, punctuation, use of capital letters, and division into paragraphs:
1. The Tournament Scene in Ivanhoe.
2. The Story of Silas Marner.
3. The Spectator Club.
4. The Woman’s College in the Princess.

State what books in Mathematics you have studied and the amount of work done in each.

Latin.
1. State the Latin authors you have read and the amount from each.
2. Translate—Cæsar, De Bell. Gall. iv, 15.

4. Translate Vergil, Aen., v, 13-25.
5. Write the Latin for the following: The Belgians, who inhabit one of the three parts of Gaul, are the bravest of all the Gauls, because they do not import wine.

69. 5. Tarsus is a large and prosperous city, at which the Cilician queen arrived five days before Cyrus. When the inhabitants of this city heard that Cyrus was coming, they fled to the mountains.

125. 2. Clearchus first spoke of the oaths which they had taken in the name of the gods, and said he would not count the man happy who was conscious that he had violated them. He said the Greeks would be insane, if they should kill Tissaphernes, for he was their greatest blessing.

French.
1. Translate into good English: One page selected from the texts the student may have read.
2. Give the disjunctive pronouns in full.
3. Explain the partitive constructions in full.
4. Give the principal parts of: Etre, dire, aller, pouvoir, faire, tenir.
5. Translate the following phrases:

6. Translate into French: I see a book on the table; whose is it? It is your brother’s. Take it to him, if you please. I will give it to him when I see him this evening. At what o’clock do you think he will come? I think he will not come before eight or nine. My house is larger than yours, but yours is finer than mine. Have you read the paper this morning? No, I have not yet read it; I am going to read it immediately.

German.
1. Translate into good English:
One page selected from the texts the student may have read.
2. Inflect in full: