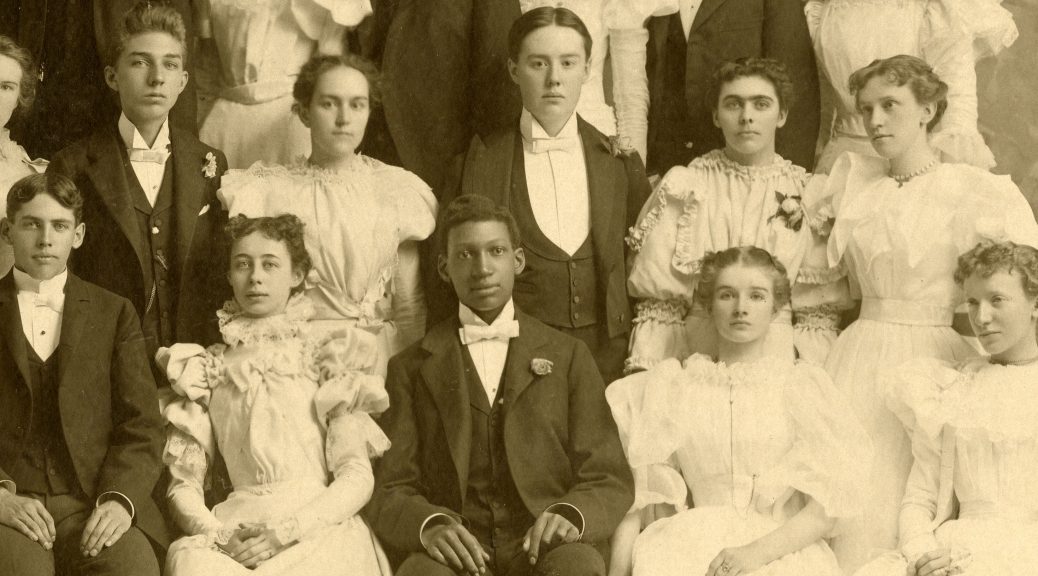 The 2021-2022 academic year marks the 25th anniversary of the John Hope Franklin Research Center for African and African American History & Culture. The Franklin Research Center, which is based in the David M. Rubenstein Rare Book & Manuscript Library, will use the theme “Black Lives in Archives” as the thread for a slate of programming and projects that will build upon the center’s mission of advancing scholarship on the history and culture of people of African descent.

The anniversary will begin on September 14 with a virtual lecture by Dr. Emilie Boone, Assistant Professor of African American Studies at New York City College of Technology, CUNY. Her talk will respond to the exhibition James Van Der Zee and Michael Francis Blake: Picturing Blackness in the 1920s, currently on display in the Rubenstein Library’s Photography Gallery. The exhibit highlights resonances between the work of James Van Der Zee and Michael Francis Blake, two African American photographers working in the 1920s at the height of the “New Negro Movement.” Register for this event here.

Additional programs this semester will include a Black Lives in Archives virtual speaker series featuring four scholars who were previously awarded research travel grants to come to the Rubenstein Library and utilize the center’s collections. This “return to the archive” by each scholar will highlight the critical importance of Black collections as a foundation for new directions in the field of African and African American Studies. The tentative schedule includes: Earlier this summer, the center announced two exciting projects that will continue to drive the work of preserving the Black archives. “Documenting African American Life in the Jim Crow South: Digital Access to the Behind the Veil Project Archive” is a National Endowment for the Humanities grant-funded initiative to digitize and publish the Behind the Veil archive. The Behind the Veil project, which was led by the Center for Documentary Studies 1992-1995, was one of the largest oral history archives documenting the African American experience of living in the American South during the early to mid-twentieth century. The project will digitize analog cassette tapes containing close to 1,200 interviews with African American elders from twenty distinct communities. In Spring 2022, there will be a virtual gathering of Behind the Veil project staff and interviewers to reflect on their work and the impact of the collection.

The second project is a three-year Mellon Foundation funded project entitled, “Our Stories, Our Terms: Documenting Movement Building from the Inside Out,” which extends the partnership between Duke University Libraries and the SNCC Legacy Project through the Movement History Initiative. Our Stories, Our Terms will document how movement veterans from the Student Nonviolent Coordinating Committee and today’s activists built their social and political movements. The project will also build capacity for archival practice among current activist organizations and share documentary pieces from inter- and intra-generational conversations among activist and organizer communities.

In 1995, Dr. John Hope Franklin, the James B. Duke Professor Emeritus of History at Duke University, donated his own personal archive to Duke. In his honor, the Duke University Libraries founded the John Hope Franklin Research Center for African and African American Documentation as a designated collecting area specializing in rare book and primary sources documenting people of African descent, with endowment funding from GlaxoWellcome Inc. Franklin’s archive and his scholarship have been the guiding lights of the center’s engagement in public programming, teaching, exhibitions, and collaborations. This celebration of “Black Lives in Archives” will honor the center’s role as a premiere destination for researchers near and far over the last twenty-five years.