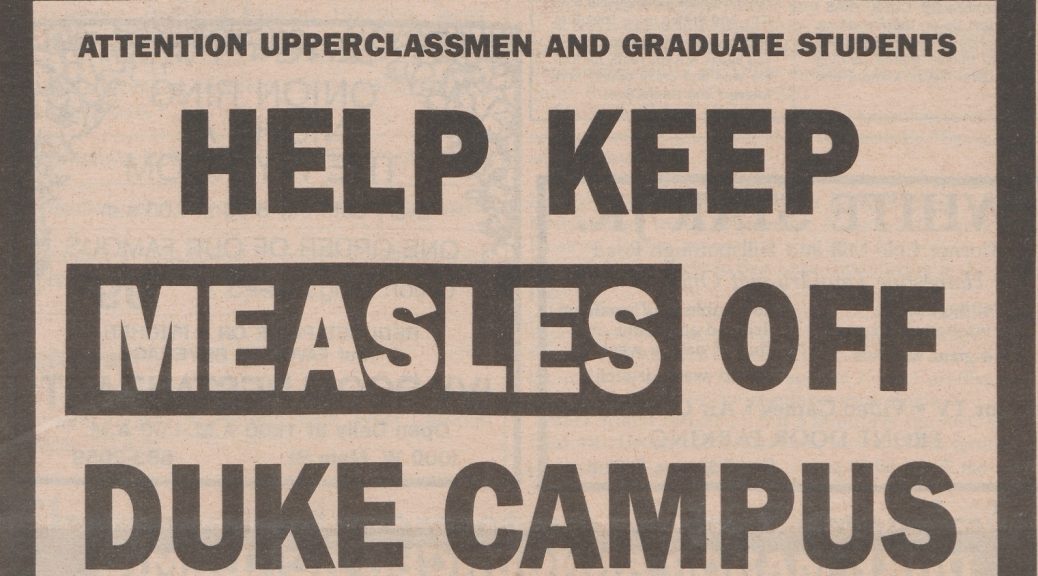 2 thoughts on “OUCH! : Over a Century of Getting Vaccinated at Duke”