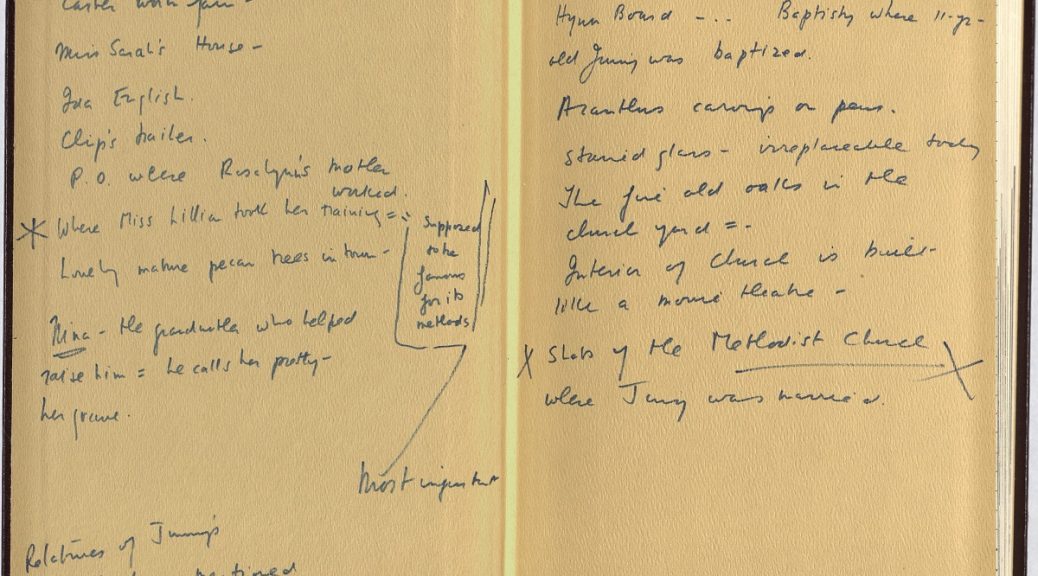 Post contributed by Adrian Kane, doctoral candidate in History at the University of Washington

I travelled to the Rubenstein Library this winter, with generous support from the new Harry H. Harkins Jr. T’73 Research Grants, to conduct research for my dissertation “Narrating Sex: Transitional Bodies and ‘Expertise’ in the British Empire and Commonwealth, 1945-1970.” The Dawn Langley Simmons papers, a collection of correspondence and ephemera related to the English-born Charlestonian author, offer an unusually rich portrait of the life of a woman of transgender experience in the 1960s and 70s—one all the more valuable because Simmons played an active role in the archive’s construction.

Simmons, a prolific biographer in her own right, was keenly aware of the way textual evidence shapes memory. Her sequence of donations to Duke chronicle her 1968 transition and marriage to John-Paul Simmons—the first marriage between a white woman and Black man in South Carolina, she claimed—as well as her struggles with racist violence, housing instability and single-income working motherhood. Many of the documents bear Simmons’s marginal comments in colorful ink, explaining in-jokes or clarifying her relationship to the correspondent. Her 1975 diary, for example, closes with a list of “Points of Int.” written on the inside flyleaf, while the bland, newsy letters from her sister Fay assume a different tone in light of Simmons’s comment that Fay and her right-wing “Powellite” family refused to see her in person after her wedding.

What is largely absent from either the letters or the marginalia, however, is the suggestion that transition was a central part of her identity or a primary source of adversity in her life. Of all the letters she chose to donate only one expresses disapproval of her transition, and her friends in the United States and England alike seem to have readily adopted her new name and pronouns. This may, of course, reflect curation on her part. But even if there are deliberate gaps in the archival record, it is significant that Simmons chose to preserve vacation postcards and programs from her daughter’s Christmas pageants rather than accounts of her changing body or any hostility she endured because of it. Even today, after all, trans people are expected to recount feelings of gender-based misery in order to access basic healthcare and legal support, and, as an historian, I had assumed that the pressure to reproduce the “correct” narrative would have been still greater in the early days of the Johns Hopkins gender identity clinic. Yet Simmons seems to have taken active steps to ensure that no future biographer could reduce her life to a simplistic tale of suffering and its surgical redemption. She was a writer, a mother, a lover of antiques and old houses, a bon vivant, a restless soul with one foot planted on either side of the Atlantic—all of these aspects of her identity come to the fore in the Dawn Langley Simmons papers, and serve as a reminder that published or institutional records of transition cannot fully represent the way mid-twentieth century trans people understood themselves.