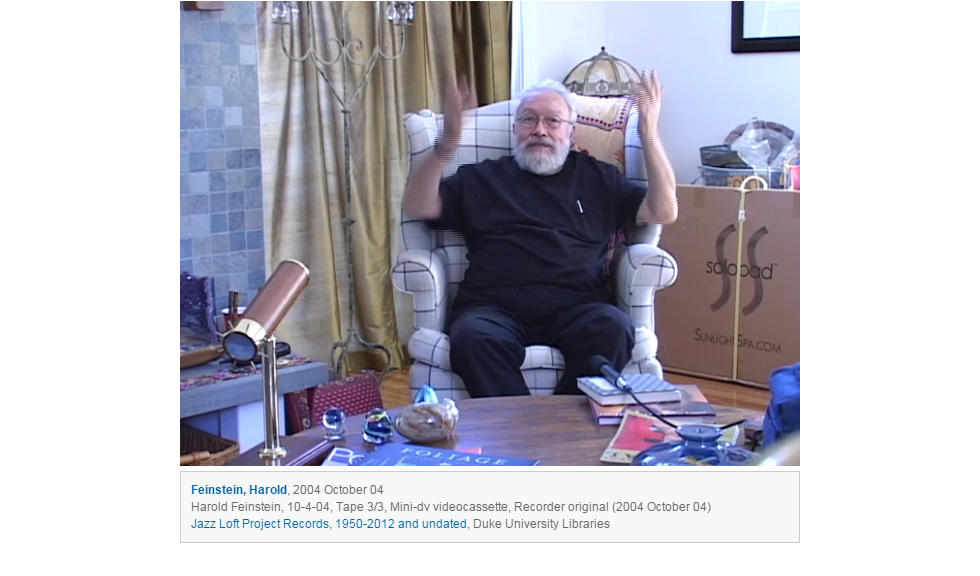 The Rubenstein Library has learned that photographer Harold Feinstein passed away on June 20th at the age of 84.   Feinstein was one of the original inhabitants of the “Jazz Loft” at 821 Sixth Avenue in New York City.  His singular photographic work, and his association with other occupants of 821 Sixth Avenue, including W. Eugene Smith, composer Hall Overton, and artist David X. Young,  led in 2004 to his being interviewed by Sam Stephenson for the Jazz Loft Project.  The Project was archived by the Rubenstein Library in 2012-2013, and includes streaming files of many of Stephenson’s interviews. We include the interview with Harold Feinstein here in its entirety.  See also the obituary in the New York Times.

One thought on “Remembering Harold Feinstein”