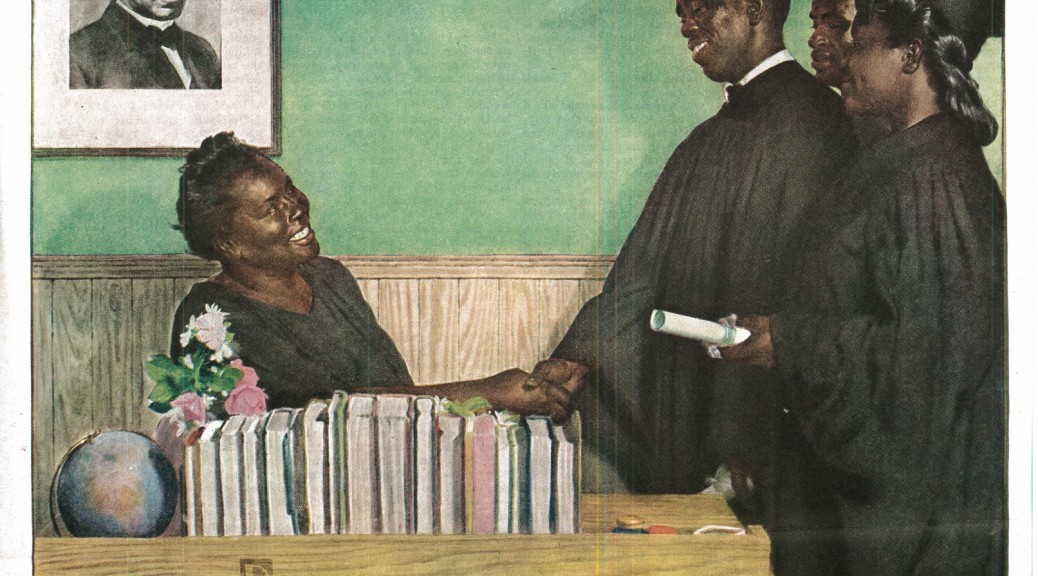 The Hartman Center houses a Vertical Files collection from Brouillard Communications, a division of the J. Walter Thompson Company advertising agency, with files on an extensive set of industry groups and individual companies. While processing this collection I came across this 1948 ad for Avondale Mills of Alabama. The ad celebrates graduates from an Avondale Negro School with a quote from Booker T. Washington (“Cast down your bucket where you are”) and encouragement to take advantage of the opportunities that education provides, whether in one of Avondale’s mills—the ad points out that 1 in 12 Avondale employees were African American, about 600 out of the 7,000 total workforce—or in any of a number of other professions. As a corporate public relations piece, it is effusively inspirational. 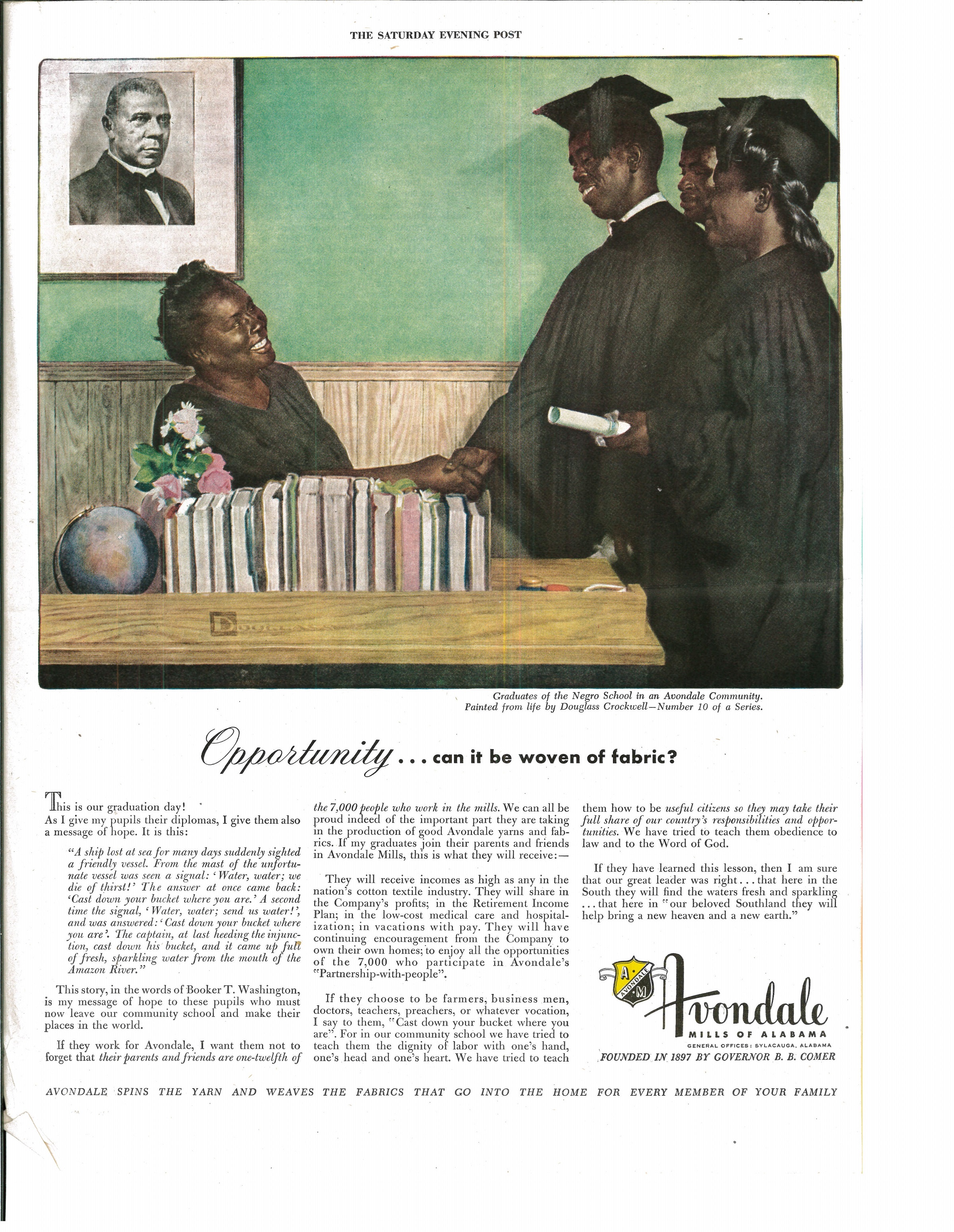 We tend to think of Birmingham as the epicenter of the civil rights movement, a place Dr. King once called the most segregated city in America, where racial oppression was at its harshest. Bull Connor, the bombing of the 16th St. Baptist Church, King’s letter from jail there.  History, however, is more complicated and more vexing.  In 1897 Braxton Bragg Comer (who would serve as Governor of Alabama from 1907-1911) established a mill in the Avondale neighborhood of Birmingham, not far from the city center.  Comer’s vision, carried out and expanded by his sons and other family members, was to create an ideal Progressive-era mill village, complete with schools, hospitals and dairy farms to serve the employees. Avondale employed men and women (and also some children, which brought sharp criticism from child labor reformers), white and black, and offered profit sharing and retirement plans, medical care, living wages, affordable housing, even access to vacation properties in Florida. By the time this ad ran in the Saturday Evening Post, the company had expanded to several mills and 7,000 employees who, as the ad proclaims “participate in Avondale’s ‘Partnership-with-People’.”

This all sounds very much like contemporary progressive economic and social rhetoric, and the list of Avondale’s employee benefits would be appealing today. The following decades, of course, would see the collapse of the textile industry in the U.S. South as production moved overseas (the Avondale Mills would themselves close for good in 2006), but here in this ad is a remarkable testimony to a social experiment that combined progressive social welfare ambitions with company town paternalism.