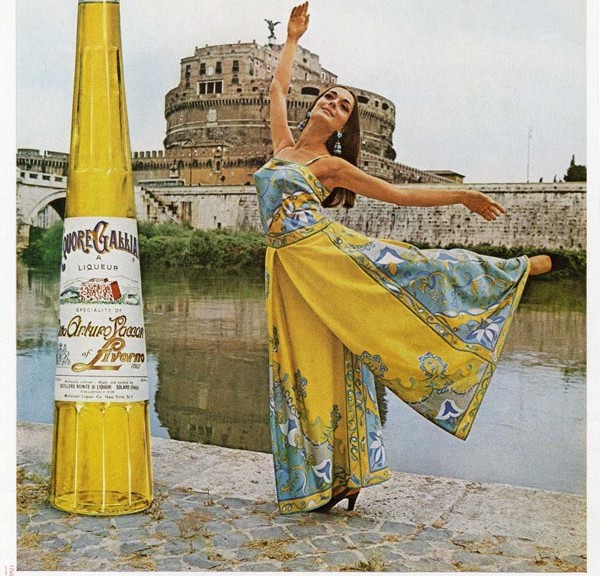 Mad Men is back!  This half-season premier felt like an extended dream sequence with Peggy Lee’s eerie hit “Is That All There Is?” bookending the episode.

The episode opens with Don holding a cup of vending machine coffee and a lit cigarette while posing a woman wearing nothing but a pricy fur coat—Don, the eternal misogynist.  The scene widens to reveal that he is in fact working a casting call at the office.

Mathis attempts to set up Peggy on a blind date with his brother-in-law.  After some initial resistance she eventually acquiesces.  While something of a milquetoast—he won’t even return an incorrect food order—the date goes well and, after some wine and a bottle of Galliano, the date nearly culminates in a spontaneous trip to Paris.  Instead, the couple settles for a phone call in two weeks.

Fearing the toll that the advertising industry is taking on his psyche, Ken Cosgrove’s wife tries to persuade him to get out of the advertising business and focus on his writing.  The following day, at the behest of a McCann-Erickson executive, Ken is fired by Roger.  While expressing some bitterness at Roger’s lack of loyalty, he chooses to interpret the moment as kismet, an opportunity.  Rather than focus on his writing he listens to his competitive instincts and accepts a position as director of advertising for Dow Chemical.  Rather than pulling Dow’s business from the SC&P he vows to be a difficult client to please in the future.

Peggy and Joan have an encounter of their own with the heavy-handed and none-to-subtle staff of McCann.  On behalf of SC&P’s client Topaz pantyhose, together they pitch the possibility of McCann introducing them to some of their department store clients.  After a few minutes of crude innuendo from the McCann reps, Peggy finally persuades them to take a look at the proposal.  Rather than a bonding experience the meeting results in an elevator argument between Peggy and Joan over the meeting’s takeaway lessons.

After a vision (dream?) of Rachel Katz, his brief fling from season 1, in Chinchilla fur, Don attempts to set-up a meeting with her under the auspices of a potential partnership between her department store and Topaz pantyhose only to learn that she has recently passed from an illness.  Perhaps it’s the memory of Rachel that informs his continued attraction to the mysterious waitress at the late-night diner.   With Rachel’s family sitting shiva, Don attempts to pay his respects only to be cast out.  Finding his way to the diner, he attempts to connect with the waitress only to be told that the tryst was merely just compensation for the large cash tip from a previous evening. The Dawning of Legibility
Edwin and Terry Murray Comic Book Collection: Closed for cataloging as of March 1st!
A Family with a Mission: The McGee Family Papers