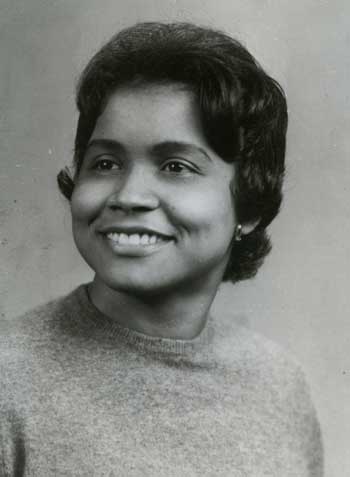 As part of a campus-wide initiative to commemorate 50 years of integration at Duke, the Graduate School and filmmaker Ivan Weiss contributed “The Education of Ida Owens,” a documentary about the first African-American female to earn a PhD at the university.

Balancing Dr. Owens’s personal story with Duke’s own integration, and the national Civil Rights movement more broadly, the documentary is well worth a view. A copy is available on YouTube and Vimeo. Take half and hour and watch it, if you haven’t. This post will still be here when you get back.

In late 2014, the University Archives received a bundle of materials related to the documentary. In addition to the completed video files, we also received a bevy of additional materials fleshing out the release of the documentary; Dr. Owens’s background; and the filmmaking process itself. It is these latter items that warrant specific mention. For each person interviewed by the filmmakers there exists video footage, audio recordings, and text transcripts. Because multiple camera people worked on the project, having access to these clips allows insight into the editing process, as well content that did not make the final cut of the video.

Our descriptive record of the materials is here for perusal. The materials themselves can be seen in the Rubenstein Library reading room. Because many of the files themselves are quite large, please make any requests in advance, as it will take some time to transfer the materials from our servers to a computer terminal able to view the files.

Like any period, the present decade marks a series of fiftieth anniversaries. And like any anniversary, the anniversary of Duke’s integration and impending anniversary of Dr. Owens’s PhD completion, serve to call attention to landmark events while also allowing us to reflect on the great deal of work ahead. This documentary and the supporting materials recently added to the University Archives are a testament to both.

The Saga of the Nazi Newsreel
A Woman’s Place is on Home, First, Second, and Third
Preserving Duke’s Webpages (At Least 457,009 of Them)