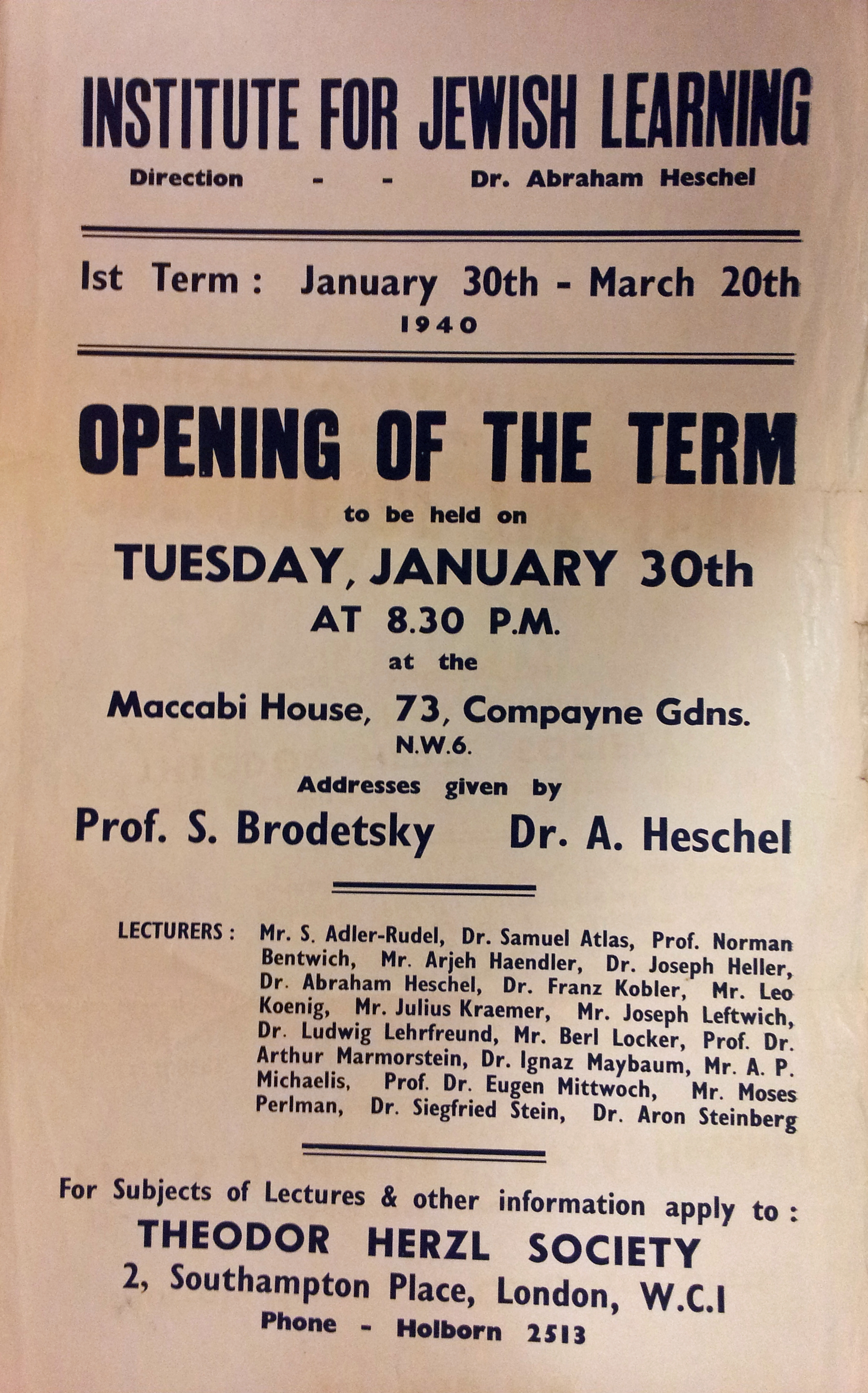 Welcome to the fifth post in a series documenting the processing of the Abraham Joshua Heschel Papers.

It’s no secret I have an affinity for oversize materials (see here).  And while the Abraham Joshua Heschel Collection only contains a modest number of oversize materials, those that are in the collection are proving to be quite extraordinary. Here are just a few of my favorites: Completed in only 7 months, the book was Heschel’s first major work. He was 28 years old. Poster, Opening of the Term at the Institute for Jewish Learning, London, 1940.

In 1939 Heschel received official confirmation from Julian Morgenstern, president of Hebrew Union College in Cincinnati, OH, of a position of a research fellow in Bible and Jewish Philosophy. Heschel left Warsaw for London, England to obtain an American visa for emigration to the United States. While in London, he founded the Institute for Jewish Learning to “introduce all ages and classes of Jew to the history and tradition of their forbears.” Heschel’s article “Answer to Einstein” in the newspaper Aufbau (Reconstruction) which was a rebuttal to Albert Einstein’s paper “Science and Religion.” As a recent immigrant, this was an audacious and surprising move for Heschel.