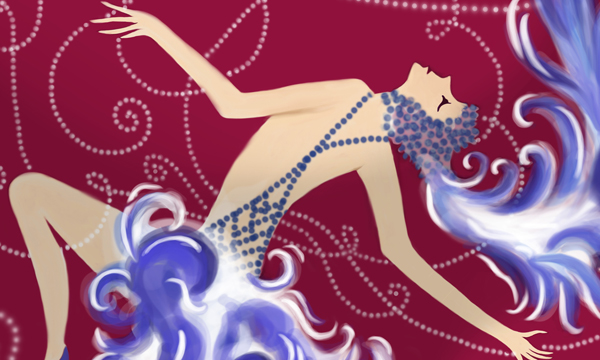 The Library Party is a unique Duke tradition. For one night only, Perkins and Bostock Libraries throw open their doors for a night of music, food, and un-shushed entertainment. The event is free and open to the entire Duke community.

After a year on hiatus as we prepared for the Rubenstein Library renovation, the Library Party is back! Once again, the Libraries are partnering with the Duke Marketing Club to organize this year’s event. The theme—“Life is a Cabaret”—is inspired by an upcoming exhibit on 19th- and early-20th-century Parisian cabarets that will be on display in the Perkins Gallery February–May, with a companion exhibit at the Nasher Museum’s Academic Focus Gallery.

Life Is a Cabaret will feature live music, costumes, decorations, food and beverages, and plenty of joie de vivre!

Many thanks to the Office of the President, Office of the Provost, Duke Student Government/SOFC, George Grody, and the Markets and Management Studies Department for sponsoring this event.

On display in the Perkins Library Gallery, February 18 – May 12

This upcoming exhibit offers a whirlwind tour of Montmartre’s famed late-19th-century musical revues—the Chat Noir, Folies Bergère, and Moulin Rouge—which boasted such chanteuses as Yvette Guilbert and Josephine Baker. Cheap Thrills highlights the Libraries’ extensive collection of cabaret-related materials, including biographies, guidebooks, periodicals, and musical scores. The exhibit will be sonified, with recreated performances of the cabarets’ raucous ballads and rallying performances, all arranged and recorded by the Duke New Music Ensemble.

On display in the Nasher Museum of Art’s Academic Focus Gallery, February 15 – June 29