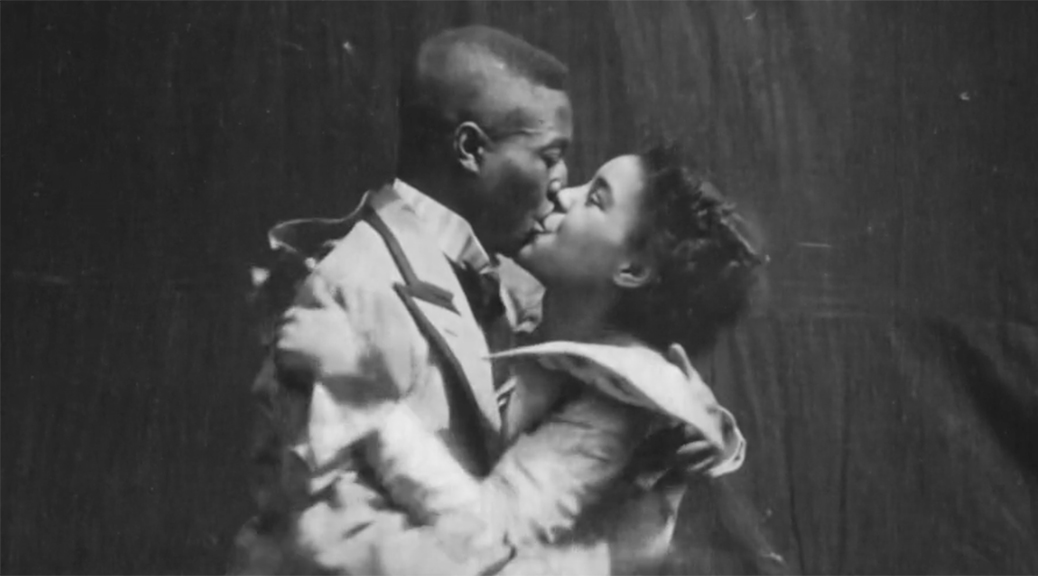 One of the highlights of the Association of Moving Image Archivists’ annual conference is “Archival Screening Night,” where members of the AMIA community showcase recently-discovered and newly-restored film and video footage. The event usually takes place in a historic movie theater, with skilled projectionists that are able to present the film materials in their original format, on the big screen. At the most recent AMIA conference, in Portland, Oregon, there was a wide array of impressive material presented, but one film in particular left the audience speechless, and is a wonderful example of how archivists can unearth treasures that can alter our perspective on human history, and humanity itself.

The film, “Something Good – Negro Kiss” was made in 1898. It’s silent, black & white, and is less than a minute long. But it’s groundbreaking, in that it shows the earliest known depiction of an African-American couple kissing, and stands in opposition to the racist, minstrel-show portrayals of black people so common in the early days of American filmmaking. The couple embrace, kiss, and sway back and forth in a playful, spontaneous dance that comes across as genuine and heartwarming. Although it may not have been intentional, the short film seems to be free of negative racial stereotypes. You can watch it here:

Dino Everett, an archivist at the University of Southern California’s Hugh M. Hefner Moving Image Archive, recently discovered the 35mm nitrate film within a batch of silent films once owned by a Louisiana collector. Unique perforation marks helped him to identify the film’s age, and Allyson Nadia Field, of the University of Chicago, was able to help track down the history: where it was shot (Chicago), who the filmmaker was (William Selig), and what the original title of the the film was (Something Good). The actors have been identified as Saint Suttle and Gertie Brown. The film has now been added to the Library of Congress’ National Film Registry.

The film is likely an homage to “The Kiss” (also known as the May Irwin Kiss), a film made in 1896, with a white couple kissing. It was one of the first films ever shown commercially, and is the very first kiss on film. Even though the couple was white, and the kissing is remarkably tame by today’s standards,  it created a lot of controversy at the time, because kissing in public was prohibited by law.  The Catholic church and newspaper editorials denounced “The Kiss” and called for censorship and prosecution.  Although there is no documented history yet about the public reaction to “Something Good – Negro Kiss,” one can only imagine the shock and scandal it must have caused, showing an African-American couple kissing each other, only two years later.