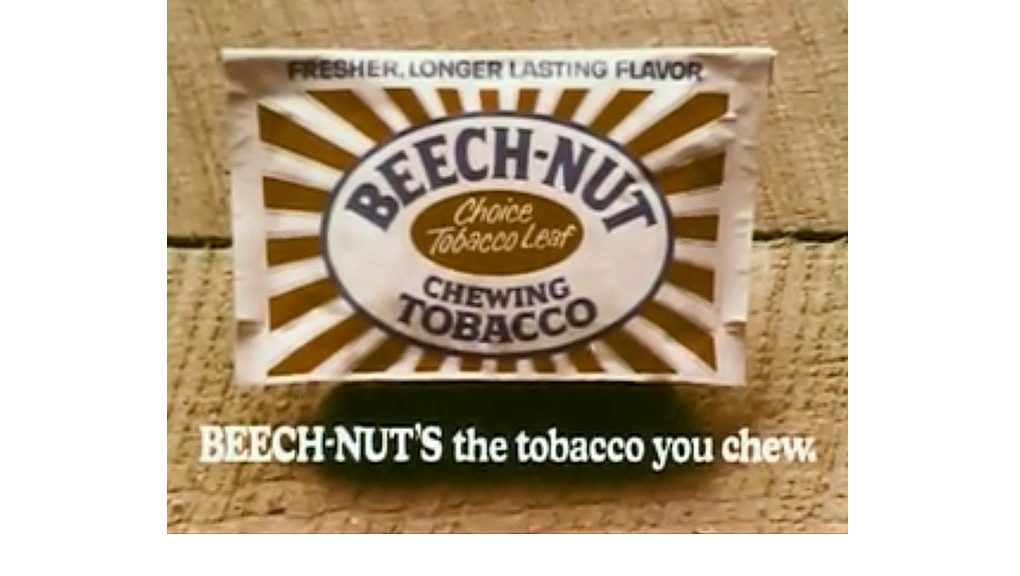 Looking through Duke Libraries’ AdViews collection of television commercials, I recently came across the following commercial for Beech-Nut chewing tobacco, circa 1970:

Obviously this was before tobacco advertising was banned from the television airwaves, which took effect on January 2, 1971, as part of the Public Health Cigarette Smoking Act, signed by President Richard Nixon. At first listen, the commercial’s country-tinged jingle, and voice-over narration sound like “The Man in Black,” the legendary Johnny Cash. This would not be unusual, as Cash had previously done radio and television promos sponsored by Beech-Nut, and can be seen in other 1970’s television commercials, shilling for such clients as Lionel Trains, Amoco and STP. Obviously, Johnny was low on funds at this point in his career, as his music seemed old-fashioned to the younger generation of record-buyers, and his popularity had waned. Appearing in television commercials may have been necessary to balance his checkbook.

However, the Beech-Nut commercial above is mysterious. It sounds like Johnny Cash, but the pitch is slightly off. It’s also odd that Johnny doesn’t visually appear in the ad, like he does in the Lionel, Amoco and STP commercials. Showing his face would have likely yielded higher pay. This raises the question of whether it is in fact Johnny Cash in the Beech-Nut commercial, or someone imitating Johnny’s baritone singing voice and folksy speaking style. Who would be capable of such close imitation? Well, it could be Johnny’s brother, Tommy Cash. Most fans know about Johnny’s older brother, Jack, who died in a tragic accident when Johnny was a child (ironically, the accident was in a sawmill), but Johnny had six siblings, including younger brother Tommy.

Tommy Cash carved out a recording career of his own, and had several hit singles in the late 60’s and early 70’s, by conveniently co-opting Johnny’s sound and image. One of his biggest hits was “Six White Horses,” in 1969, a commentary on the deaths of JFK, RFK and MLK. Other hits included “One Song Away,” and “Rise and Shine.” Johnny and Tommy can be seen performing together in this performance, singing about their father. It turns out Tommy allowed his voice to be used on television commercials for Pepsi, Burger King, and Beech-Nut. So, it’s likely the Beech-Nut commercial is the work of Tommy Cash, rather than his more famous brother. Tommy, now in his 70’s, has continued to record as recently as 2008. Tommy’s also a real estate agent, and handled the sale of Johnny Cash’s home in Tennessee, after the deaths of Johnny and wife June Carter Cash in 2003.