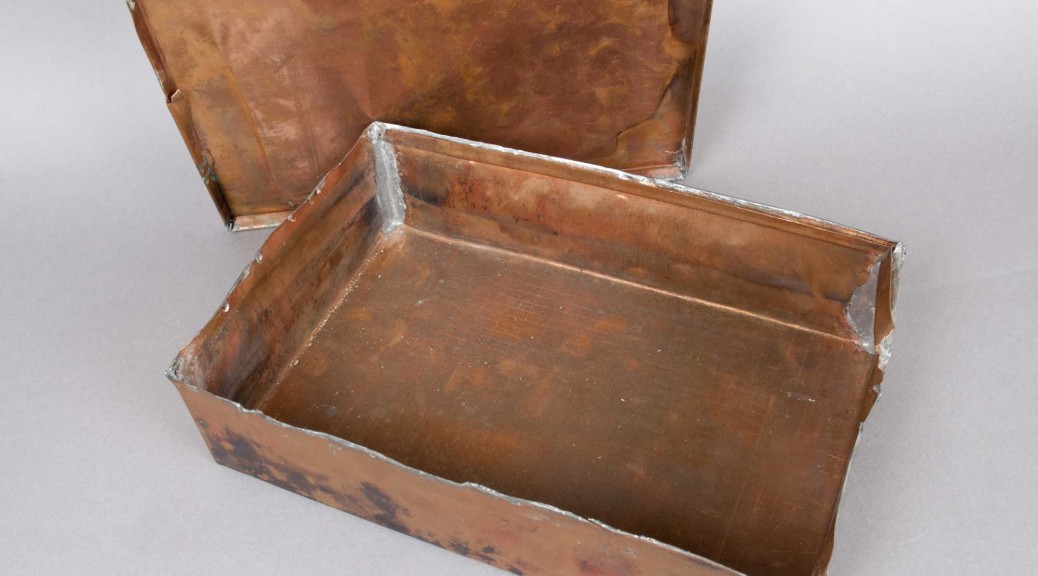 In the University Archives, we have seen a few time capsules in our day. More often than not, they end up being a bit of a letdown. Newspaper has crumbled, cloth has mildewed, and time has taken its toll on these relics of the past. This year, however, we were fortunate enough to be the recipients of a time capsule that, while modest from the outside, has preserved its remarkable contents in mint condition.

The time capsule was laid in the cornerstone of the Washington Duke Hotel in 1924. The hotel was the first to be built in Durham, and was the product of a fundraising campaign by many leaders of industry and other interested parties, including Duke University administrators. The hotel was a glamorous destination for many years, but by the 1970s the gleam had faded. In 1975, the hotel was imploded. The site today is a plaza, best known for its bull statue.

Someone thoughtful apparently removed the time capsule, and many years later delivered it to the new Washington Duke Inn and Golf Club, adjacent to Duke’s West Campus. The staff of the Washington Duke Inn kindly took care of this time capsule until this year, when it was gifted to the University Archives, and we have an opportunity for the first time to highlight this fascinating collection in a new exhibit, on display outside the Biddle Rare Book Room.

The time capsule itself appears to be made from recycled printing plates, and was soldered by hand. Inside were examples of the products produced in Durham in 1924: cigarettes, tobacco bags, cotton cloth, hosiery, and socks. Also included were a photo of John Buchanan, the Chairman of the Executive Committee tasked with raising funds for the venture, and a photo Washington Duke, the hotel’s namesake. A key, possibly added to the time capsule many years later, is a reminder that this was a hotel from another era—no key cards here! A prospectus for the dazzling new hotel promises, “that Durham will have a real civic, social, and commercial center, for around the new Hotel will radiate every big function that transpires in our city.”

The exhibit will be on display outside the Biddle Rare Book Room until mid-June and is available during the general library’s open hours.