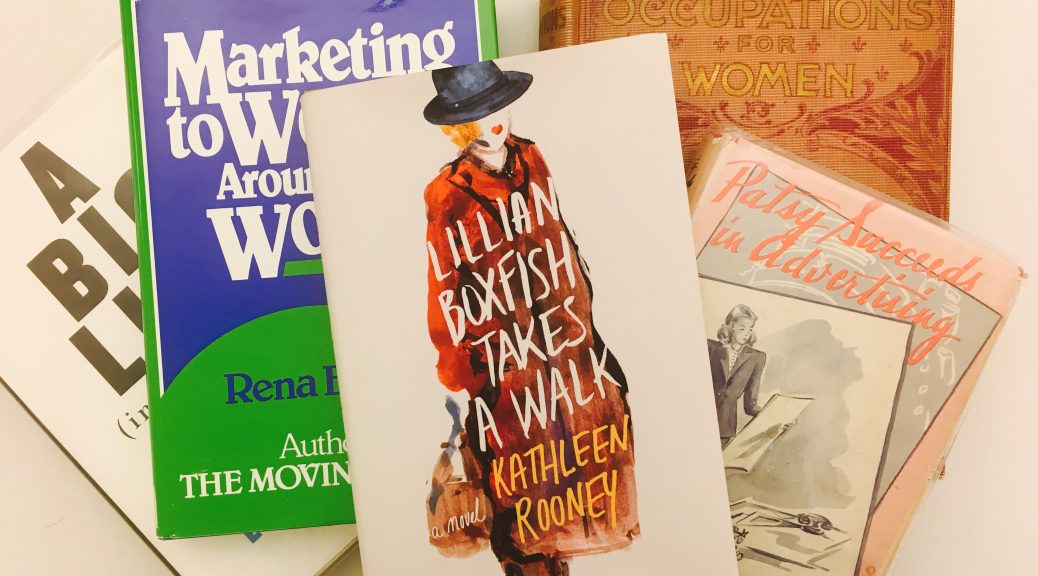 Brimming with wanderlust, Lillian Boxfish traveled to Manhattan to start her career as a “daring and unmarried” woman in 1926. And so opens the first chapter of Lillian Boxfish Takes a Walk.

This fascinating premise is inspired by the life of Margaret Fishback, a poet and pioneer in the advertising industry whose papers are part of the Hartman Center Collections. Kathleen Rooney, the author, uncovered the intriguing history of Fishback in the spring of 2007. With the support of a Hartman Center travel grant, Rooney looked through hundreds of documents, piecing together Fishback’s life story. Fishback was raised in Washington D.C., earned her bachelors from Goucher College in 1921, and became a divisional copywriter for Macy’s in 1926. She was immensely successful and employed her playful and witty language in diverse advertising campaigns. Her early career success was recognized by local newspapers, one of them describing her as “the highest paid advertising woman in the world.” She went on to work at several other advertising agencies including Cecil & Presbrey, Warwick & Legler, Young & Rubicam, and Doyle Dane Bernbach whose clients ranged from Chef-Boyardee to Simmons Beauty Rest. All the while, she built her poetry career, publishing several books, the most widely received One to a Customer: Collected Poems of Margaret Fishback (1947).

Inspired by the remarkable career of Margaret Fishback, the story of Lillian Boxfish provides a mesmerizing glimpse into the personal life and inner most thoughts of a career-oriented, gregarious woman living and working in one of America’s most dynamic cities. The main character is an octogenarian residing in Murray Hill. She has an effortless routine, stopping by local establishments and regularly visiting old friends in the neighborhood. Rooney plays with time like she plays with language, seamlessly weaving flashbacks of Lillian’s young adult life in New York with the octogenarian’s meanderings. 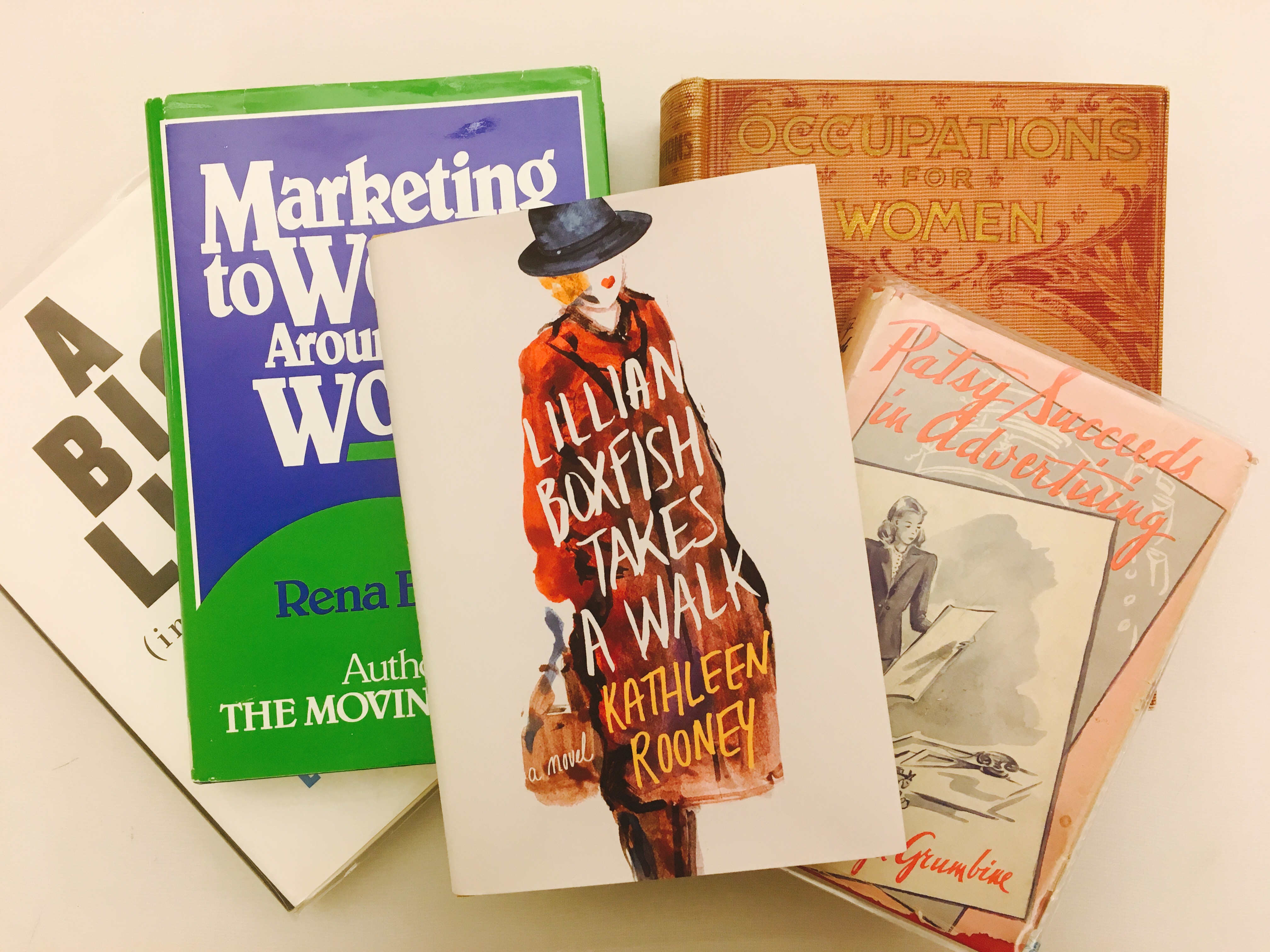 Early on, we learn that Lillian grew up in Washington D.C. in a family that valued poise and polish over her natural adventurousness and inquisitive mind. Her mother strongly disapproved of these latter characteristics, hoping that Lillian would marry and pursue the domestic arts with great fervor. Instead, Lillian modeled her dreams after the life of her unconventional aunt, Sadie Boxfish. It was her aunt who introduced Lillian to poetry, which became one of her passions, through a series of postcards written about a fictional adventurist named Phoebe Snow.

Miss Phoebe Snow has stopped to show
Her ticket at the gate, you know.
The Guard, polite, declares it right.
Of course—it’s Road of Anthracite

As Lillian recalls, “In [my mother’s] contralto above my ear I could hear, in her neat bosom behind my head I could feel, her disapproval: not of Phoebe, but of Sadie.” Although strong, her mother’s opinions were not strong enough to keep Lillian in D.C. and so the novel recounts a young woman’s quest of self discovery and professional success at a time when the diadem of the Chrysler Building first sparkled on the New York skyline.