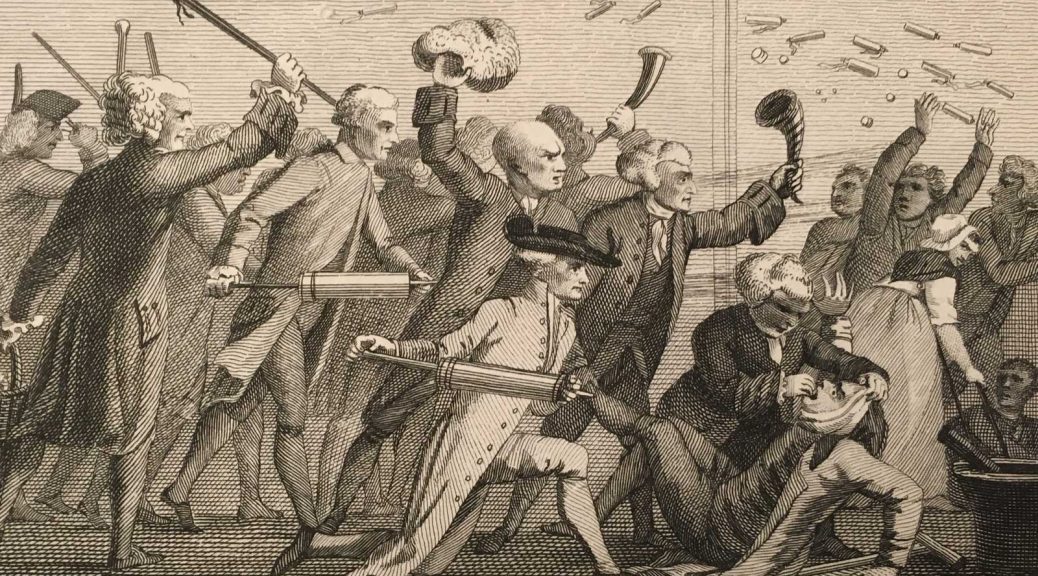 Post contributed by Thomas Gillan, the Josiah Charles Trent Intern in the History of Medicine Collections.

Given its designation as the David M. Rubenstein Rare Book & Manuscript Library, you might assume, correctly, that the library’s History of Medicine Collections consist primarily of books and manuscripts, but did you know that they also boast a large collection of historical medical instruments and artifacts? Some of these objects are reassuringly familiar. Others, however, can seem somewhat more baffling.

Take, for instance, the objects identified in the collection guide as “Perkins’s tractors.” At first glance, they are often mistaken for horseshoe nails. Historian James Delbourgo, who has written extensively about these so-called tractors, notes that they “were disarmingly simple things. A set consisted of two three-inch metallic rods made of brass and iron, and they sold for twenty-five continental dollars in North America, five guineas in Britain.”[1] According to Delbourgo, their very simplicity was what made the tractors so appealing.[2] At a time when doctors regularly resorted to such “heroic” measures as bleeding, blistering, vomiting, and purging, Perkins’s tractors offered a painless alternative, one that was less invasive but no less controversial.

The man behind these seemingly strange instruments was one Elisha Perkins of Connecticut. Born in 1741, Perkins received his medical training from his father, a physician in Norwich, before establishing his own practice in Plainfield. There, in the course of his practice, Perkins “discovered that, by drawing over the parts [of the body] affected in particular directions certain instruments which he formed from metallic substances into certain shapes, he could remove . . . most kinds of painful topical affections, which came under his care and observation.”[3]

Perkins, it turns out, was quite the salesman. In 1796, he patented his tractors. Thereafter, Perkins and his son took to promoting them. Together, they published a series of pamphlets touting the tractors’ efficacy. These pamphlets invariably included testimonials from satisfied clients. Prominent among them were Jedidiah Morse, a Congregational minister; John Marshall, Chief Justice of the United States Supreme Court; and Josiah Meigs, professor of natural philosophy at Yale.[4] Even George Washington himself is reputed to have owned a set.[5]

Like other novel medical therapies, such as Galvanism and Mesmerism, Perkins’s were the subject of much popular attention, not all of it positive. Most regular physicians were skeptical of Perkins’s claims, so much so that in May of 1797, the Connecticut Medical Society expelled Perkins on grounds of quackery. Still other physicians sought to make sense of the tractors’ mysterious workings.

One such account can be found among the Benjamin Waterhouse papers. In a letter dated February 1, 1802, Abijah Richardson, a physician in Medway, Massachusetts, wrote to Benjamin Waterhouse, then a professor of medicine at Harvard, relating “an account of a Young Lady’s Case, who was relieved of a painful disorder by the use of a Metelic tractor.”[6] In 1796, Richardson explained, he had been “called in to see Miss P.T. about eighteen years of age” who for several years “had been subjected to fits of the head-ach.”[7] Having heard of Perkins’s tractors “being efficacious in relieving painful disorders,” Richardson decided to put the tractors to the test.

Without access, however, to a real set of tractors—he apparently did not have a set of his own—Richardson offered up “an artificial magnet which I supposed was of similar efficacy with the points.”[8] After obtaining his patient’s consent, Richardson proceeded to draw “light parallel strokes from the temple & forehead above the right eye down to her neck & top of her shoulder.”[9] Richardson here followed the method laid out by Perkins himself of “drawing the Points of the Tractors over the Parts affected, and continuing them along on the Skin to a considerable Distance from the Complaint, usually towards the Extremities.”[10] Richardson went on to recount how, in the course of her treatment, his patient’s pain, following the strokes of the tractors, “gradually abated & left her.”[11] From this, Richardson “was led to suppose that the tractors relieved pain by attracting & conveying heat from the pained part.”[12]

In 1800, John Haygarth, a physician in Bath, England, published the results of an experiment that cast doubt on the tractors’ efficacy. In 1799, having “contrived two wooden Tractors of nearly the same shape as the metallick, and paints to resemble them in colour,” Haygarth set out to test whether these “fictitious tractors” could produce the same effect as “the true metalliack Tractors of Perkins.”[13]

Much to his surprise, both sets of tractors “were employed exactly in like manner, and with similar effects,” leading Haygarth to conclude that the “whole effect undoubtedly depends upon the impression which can be made upon the patient’s Imagination.”[14] Haygarth’s experiment was one of the first documented demonstrations of what later came to be known as the placebo effect.

Despite their critics, Perkins’s tractors continued to be commercially successful, even after the death of their inventor in 1799. They even went on to become the subject of a poem satirizing the medical profession.

[13] John Haygarth, Of the Imagination, as a Cause and as a Cure of Disorders of the Body; Exemplified by Fictitious Tractors and Epidemical Convulsions (Bath, 1800), 3.

One thought on “From the History of Medicine Artifacts Collection: Perkins’s Tractors”