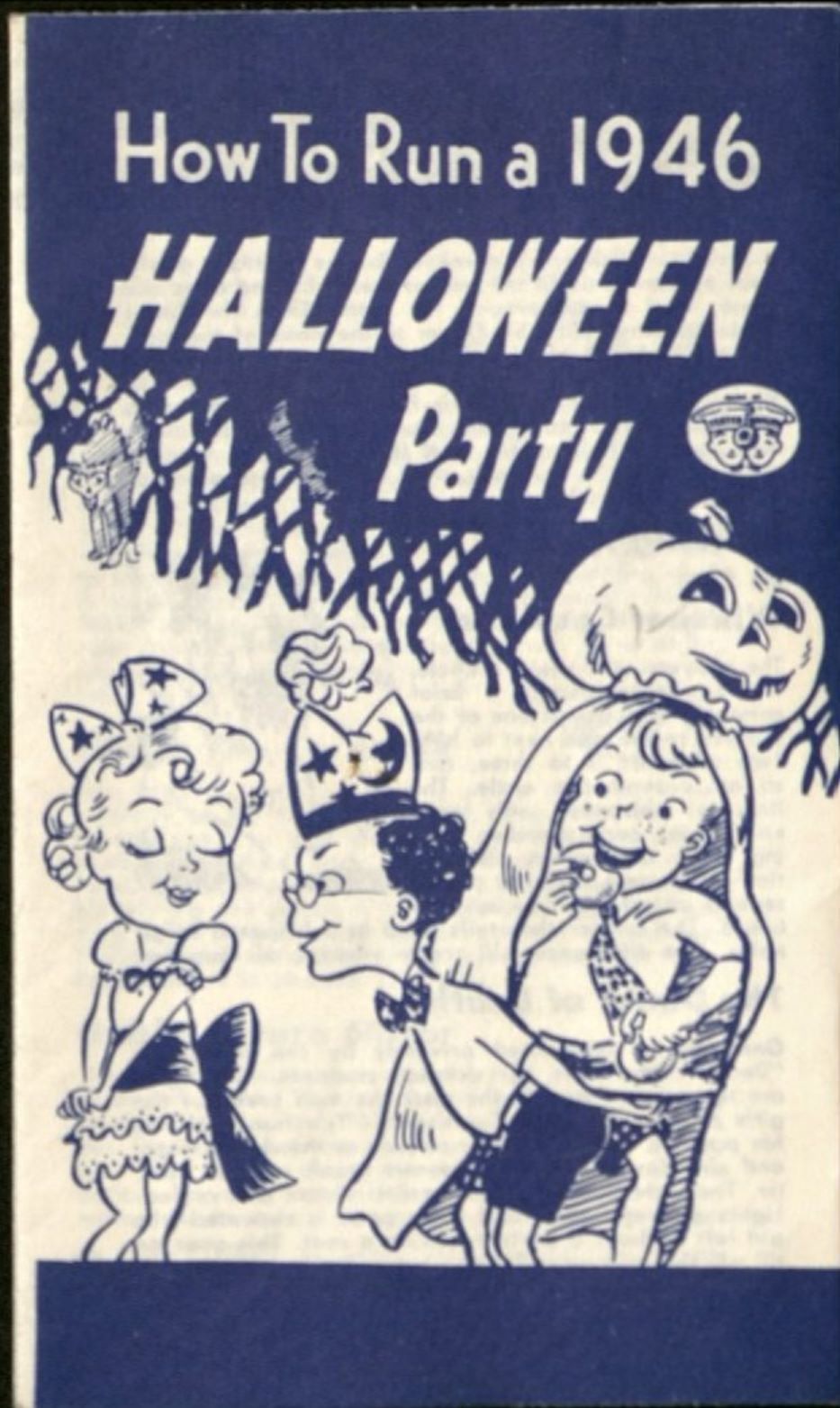 dolph Levitt was the developer of the automatic donut making machine and father of the modern American donut industry. In 1920 he founded the Doughnut Machine Company to make and market the machine across the United States and to sell donuts under the name “Mayflower.”  Soon the company began preparing and selling standardized mixes for the machine, and acquired bakeries to produce the donuts. In 1931, the company opened the first Mayflower donut shop in New York City; 17 other shops followed across the country, making the first retail doughnut chain. The company changed its name to the Doughnut Corporation of America, dominating the industry with a range of products and equipment.

In the 1940s the Doughnut Corporation of America distributed pamphlet style cookbooks encouraging the use of donuts as the main ingredient in a variety of recipes recommended for serving at a Halloween party. I found one of these in the Nicole Di Bona Peterson Advertising Cookbook Collection entitled How to Run a 1946 Halloween Party. Looking for a Halloween themed recipe for the RL Test Kitchen, I was drawn in by the idea of using donuts in place of other bread products. There are several intriguing recipes included in this pamphlet, but the one that stood out above the others was for Goblin Sandwiches. It is worth noting that despite the fact that the company name includes the word “doughnut,” the recipes use the more layman spelling, “donut.”

My only deviation from the core recipe was the substitution of toasted almonds for the requested Brazil nuts. Brazil nuts proved elusive in the two grocery stores I visited in preparation. A quick internet search showed that almonds (or most any other common tree nut) are an acceptable substitute. I toasted sliced almonds and chopped them using a small food processor rather than using the rolling pin technique described in the recipe.  Woe is the 1940s cook who has to roll her nuts finely using only a rolling pin.  Also worth noting is that an “avocado pear” is really just another name for avocado. Once the nuts were toasted and chopped this recipe came together very quickly with only five ingredients. I’ve always wondered what Deviled Ham was like having seen the cans in the grocery store.  Now I can tell you that the smell is not unlike dog food and the consistency is finely minced meat with a layer of yellowish water on top. I added the chopped avocado and almonds and mixed well.  The instructions said to “season highly” with Worchester sauce, which gave me a moment of pause.  I added a teaspoon, reasoning that more could be added to taste.  Once everything was mixed together it was quite green in color.  Cans of Deviled Ham are actually quite small at only 4.25 ounces each.  The cup of chopped almonds and an entire avocado actually were much larger in volume in this recipe, which probably diluted the pet food like taste of the ham. I imagine that the strong green of the avocado inspired the goblin name.  I spread the filling onto a typical plain cake donut sliced in half, making the traditional sandwich shape.

My willing taste testers included my husband Steve and colleague Josh, both of whom profess willingness to try anything.  Steve said that the filling was quite bland and was over shadowed by the sweet taste of the donut. When he tried just a spoonful of the filling he reconfirmed its blandness and added several more shakes of Worchester sauce to the mix. Josh also confirmed that the sweetness of the donut overpowered the taste of the spread.  He acknowledged the crunch of the nuts and an occasional chunk of avocado, but felt that it was better suited for little rye toast rather than a donut. Should you decide to test this recipe at home, I recommend cutting and adding the chopped avocado as close to serving time as possible to retain the bright green color, which turns to an olive drab over time.

One other recipe to note is the Donut Fruit Salad.  I really wanted to make this recipe as well, but I have to admit that I could not follow the recipe and visualize what the end product should resemble.  Perhaps you, gentle reader, might have better luck.  We’d love to see if you can successfully follow the directions in this recipe and scare up a good time with this Donut Fruit Salad.  Tweet your pictures to @hartmancenter and @rubensteinlib.

Besides the notable recipes, this small pamphlet also includes a number of Halloween Party activities to add spooky fun to your celebration.  Ideas include making place holders with donuts and donut horse centerpieces.  Both use quite a few toothpicks to achieve the desired effect, so make sure you have plenty on hand.  One game idea is called Donuts on a String and calls for contestants to try and eat a donut dangling on a string while their hands are tied behind their backs.  “First to finish and whistle the first two lines of ‘Dixie’ wins.” Perhaps these recipes and activities will give you some ideas for a last minute Halloween party tonight.  Just make sure you have plenty of donuts on hand and have a spooktacular night! Happy Halloween from the RL Test Kitchen!

Digitizing the LCRM Update #8 – A Preserved Love Story
Name that Adwoman!
The Newest Negroes: Black Doctors and the Desegregation of Harlem Hospital, 1919-1935